Microsegmentation offers a strong access control mechanism that minimizes the impact of breaches. It also fosters resiliency in the enterprise applications by implementing secure microzones.
Jan 12th, 2021 7:04am by Trupti Shiralkar 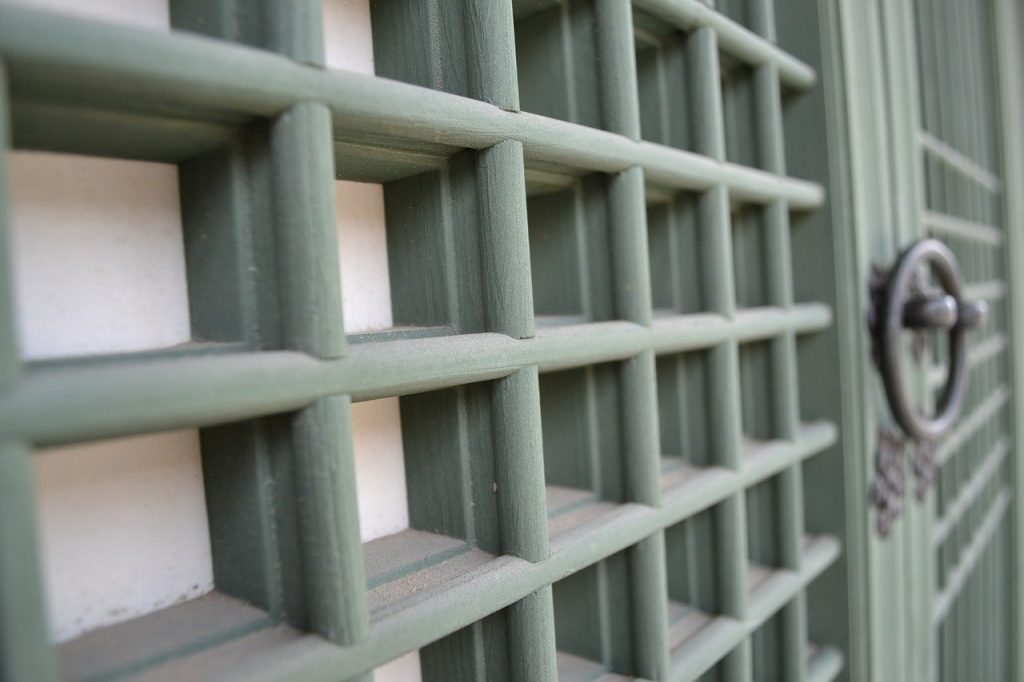 About 10 to 12 years ago, the world of software experienced a shift in the architectural aspects of enterprise applications. Architects and software builders started moving away from the giant, tightly coupled, monolithic applications deployed in the private data centers to a more microservices-oriented architecture hosted in public cloud infrastructure. The inherent distributed nature of microservices is a new security challenge in the public cloud. Over the last decade, despite the growing adoption of microservices-oriented architecture for building scalable, autonomous, and robust enterprise applications, organizations often struggle to protect against this new attack surface in the cloud compared to the traditional data centers. It includes concerns around multitenancy and lack of visibility and control over the infrastructure, as well as the operational environment. This architectural shift makes meeting security goals harder, especially with the paramount emphasis placed on faster container-based deployments.

The purpose of this article is to understand what microsegmentation is and how it can empower software architects, DevOps engineers, and IT security architects to build secure and resilient microservices. Specifically, I’ll discuss the network security challenges associated with the popular container orchestration mechanism Kubernetes, and I will illustrate the value of microsegmentation to prevent lateral movement when a breach takes place. 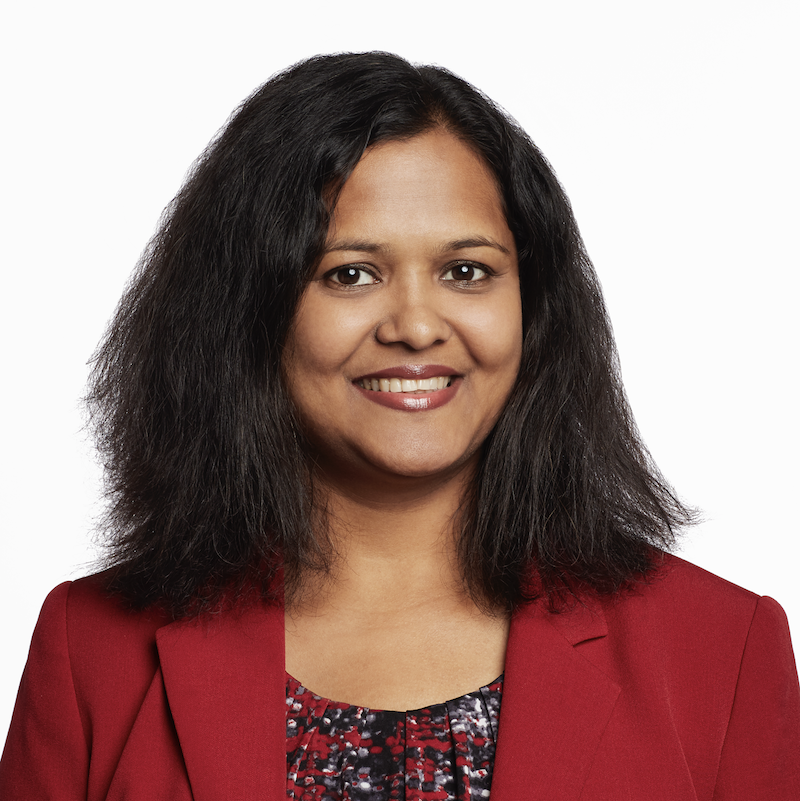 Microservice-oriented architecture requires breaking applications into smaller, loosely-coupled services. Due to the distributed nature of these services, they often end up having their own datastores. Each of these services is deployed independently using a container, which offers a mechanism for an application to package everything from object code, third-party libraries, operating systems, tools, and other dependencies. Once all necessities are packaged, containers provide the execution environment to run them smoothly. These containers are managed using orchestrators like Kubernetes.

According to the popular notion, the container ecosystem is designed to enforce security through isolation. However, isolation among containers doesn’t necessarily provide the required security boundaries.  Kubernetes offers several security features like authentication, authorization, network policy, and pod security standard, etc.  But unfortunately, neither containers nor Kubernetes offers security by default. Kubernetes deployments prioritize functionality over security in their default configuration. Therefore, a developer or a reliability engineer who is responsible for creating, moving, and destroying these containers may not always know how to ensure the security of deployments. Let’s take a closer look at some of the important aspects of Kubernetes from networking and security perspective:

Lateral Movement and the Malicious Insider 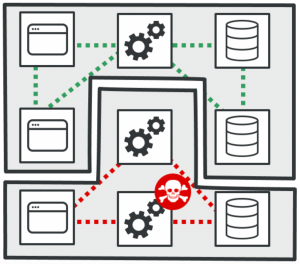 The distributed nature of microservices makes connectivity supremely important. Specifically, containers and pods must be able to communicate with each other across namespaces.  However, the default network policies at the cluster layer do not necessarily implement the principle of least privilege out of the box. Therefore, no matter how you secure your code, unauthorized implicit access to shared resources cannot be prohibited. As a result, the application may become susceptible to lateral movements within the cluster. Microsegmentation allows a means to implement granular access control, creating secure zones around each microservice at the container, pod, and cluster level, thereby significantly reducing the blast radius and increasing resiliency to recover from a successful attack.

The second prominent threat that the security model of the existing Kubernetes framework presents with respect to microservices is a malicious insider. From an attacker’s perspective when security is not available by default, several misconfigurations are possible. In the absence of strong access control or authorization policies, attacks like Server-Side Request Forgery (SSRF) allow the attacker to leverage an authenticated access to a pod to gain unauthorized access to resources within another pod.

In the context of security, resiliency is the ability to quickly recover from a simple failure due to attacks or catastrophic events like breaches. The first step in building resilient microservices is to understand what it is that we would like to protect from the attacker, and if the asset or resource does get compromised, how we can limit the impact. Microsegmentation helps us determine the resources holding essential data or critical fault-tolerant systems, and it also provides a mechanism to lock down the access on the basis of least privilege. In this way, even if one critical resource is compromised, the others don’t get impacted.

Today’s modern software development lifecycle puts special emphasis on delivering features fast. These features are deployed in production via containers even faster, mostly by the same developers or DevOps. If we consider all types of vulnerabilities that the code of microservices, third-party libraries, and other dependencies, container, or cluster are susceptible to, how can we possibly identify and prevent all these attacks?  The answer is to block access to critical resources and allow only on a “need-to-know basis” using microsegmentation.

Get Started with Microsegmentation

1. Knowing the Microservice design patterns and using a microsegmentation template

Knowing the design patterns facilitates a deeper understanding of architectural components, data flow, and assets holding critical data. Based on these frequently used design patterns, one can create corresponding microsegmentation templates. Once these templates are vetted by the security and networking team, they will be easy to reuse and scale at a faster rate.

Microservices use a varying technology stack, and the faster deployment demands an ability to scale quickly. Therefore, a technology-agnostic microsegmentation solution — but one specifically tailored for a container ecosystem capable of segmenting clusters, pods, containers, and services — would be an optimal choice.

The ability to visualize segmented applications and traffic flow is an integral part of microsegmentation solutions. Visibility offers a one-stop view of the entire network to the administrator, security architects, and Chief Security Officer (CSO).

Drafting a policy for each application can be a daunting task initially. It requires a series of conversations with the IT, network, and security architects. Having a centralized control to facilitate policy creation and enforcement helps speed up the process. Leveraging the segmentation templates, which are customized per the microservice design pattern, can also help.

5. Performance should not be the bottleneck

Applying microsegmentation policies requires analyzing traffic and deploying policies effectively in real-time. The attacker can leverage performance delays to manifest the attack further. Therefore, it is extremely important to test the performance, especially for latency-sensitive microservices.

In this blog post, I discussed some of the security concerns presented by container and Kubernetes-based deployment mechanisms utilized by microservices. The word “resiliency” starts to go out when we deploy the microservices in production continuously throughout the CI/CD lifecycle at a faster rate without much consideration around limiting access to critical resources. Microsegmentation offers a strong access control mechanism that minimizes the impact of breaches. It also fosters resiliency in the enterprise applications by implementing secure microzones.

Microsegmentation, when planned and performed correctly, surely creates a robust barrier against lateral movements in the microservices world. It’s hard to secure microservices while moving fast, but it’s important to stop and think about implementing security and resiliency at scale and proactively plan it with all stakeholders.

SHARE THIS STORY
RELATED STORIES
Monoliths to Microservices: 4 Modernization Best Practices The Benefits of Using Microservices for Edge Devices What Is a Microservice Catalog and Why Do You Need One? The Kubernetes Manifest Life Cycle Too Often Overlooked Do ... or Do Not: Why Yoda Never Used Microservices
SHARE THIS STORY
RELATED STORIES
The Gateway API Is in the Firing Line of the Service Mesh Wars  Instacart Speeds ML Deployments with Hybrid MLOps Platform Lessons from Deploying Microservices for a Large Retailer Do ... or Do Not: Why Yoda Never Used Microservices AmeriSave Moved Its Microservices to the Cloud with Traefik's Dynamic Reverse Proxy
THE NEW STACK UPDATE A newsletter digest of the week’s most important stories & analyses.
The New stack does not sell your information or share it with unaffiliated third parties. By continuing, you agree to our Terms of Use and Privacy Policy.