Can Artificial Intelligence Fix the Monopoly Board Game? 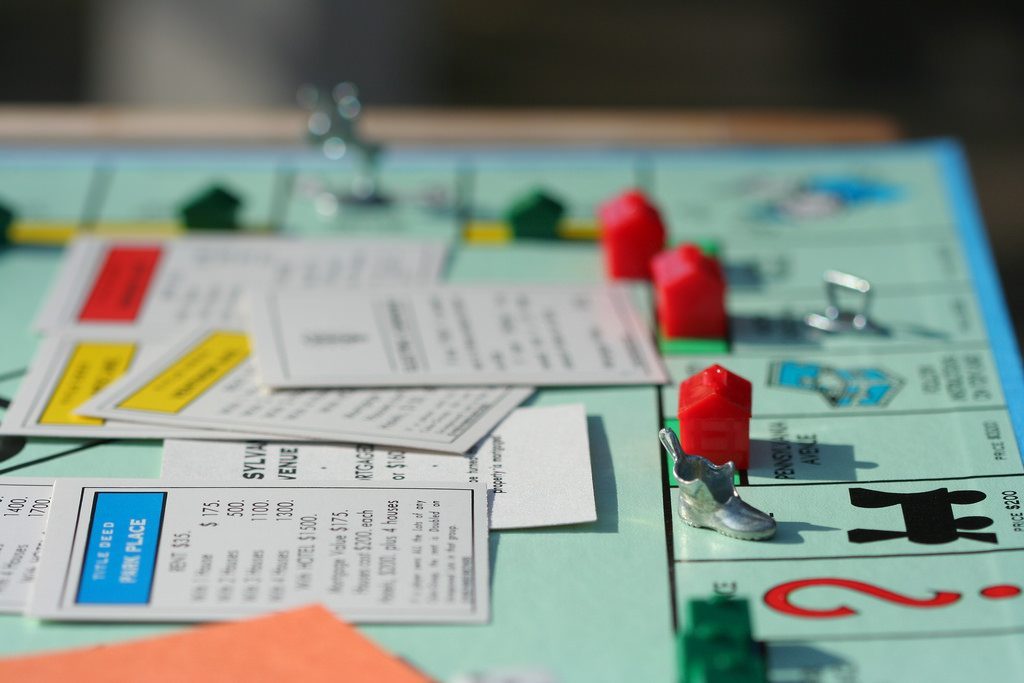 Feature image: “Monopoly” by John Morgan is licensed under CC BY 2.0. 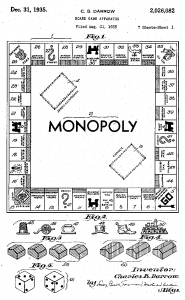 The original Monopoly board patent (Wikipedia).

Van der Beek’s company, called Ludible, sells a tool for “balancing” a game’s numeric variables for optimal playability, keeping track of the perfect golden ratios of fun so they can be retained when changing individual variables.

“I make sure that the game behaves the way you want it to,” he wrote in a recently posted essay, in which he recently tackled the classic board game Monopoly as a way to showcase his game balancing skills.

Van der Beek’s interest in Monopoly goes way back. As a child, his family had a tradition of playing the classic board game every year on New Year’s Eve. “I would lie awake even before Christmas thinking of which strategy would be best and how I could beat my brothers this time.”

Ten years ago, van der Beek graduated with a Master’s Degree in Artificial Intelligence, and since then, he’s been working on AI systems, smart parsers, and algorithms for various projects.

He calls the work a natural impulse from “an inherent sense of justice,” noting that “Everyone playing the game should have an equal chance to win. Otherwise, it doesn’t feel right.”

To be fair, he acknowledges Monopoly gets a lot of things right; it’s simple, with some key random elements. (“Everyone goes ecstatic when someone lands on a ‘cheap’ spot between hotels against all odds.”)

But things are a little off with those notorious dark blue properties next to the Go square (Boardwalk and Park Place) — not to mention the Orange properties halfway around the board — St. James Place, Tennessee Avenue, and New York Avenue. They’re “overpowered,” van der Beek writes, adding that “many people feel that the starting player has a huge advantage.”

Interestingly, he sees big improvements for the game just by changing the rents charged on Monopoly’s properties — plus one minor change to rules about when players start purchasing properties. 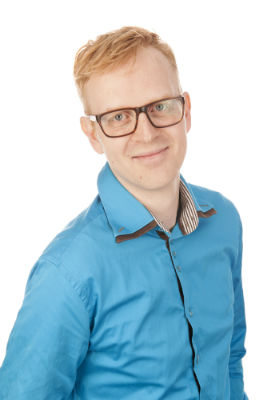 First, van der Beek calculated the return on investment for a property group when another player lands on them. He also ran a million simulated 30-turn games just to calculate how likely players were to land on each property. “In real life, this would take an astonishing seven years!” he noted.

Meanwhile, since Boardwalk’s rent starts at a whopping 12.5 percent of its purchase price, its single-property payout is 67 percent higher than average — the highest deviation of any property on the board.

There were a couple other minor factors to consider — it’s obviously easier to get a Monopoly for the two-property groups (like Boardwalk and Park Place) than it is for the three-property groups.  And the four railroad squares don’t increase in value when you add houses — they increase in value each time you buy an additional property — as do the two utilities, Water Works and Electric Company.

The professional game balancer considered all of these factors, and then adjusted each property’s rent accordingly. 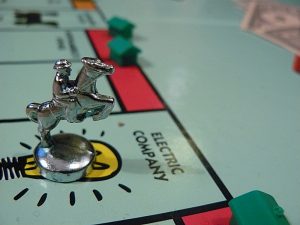 The horsey lands on Electric Company. (Photo by Mike Fleming)

Of course, he also adjusted the higher rents (after the addition of green houses and red hotels) — using the same probability-adjusted proportions. He even lovingly preserved the Monopoly tradition of having higher rents in the last property of every color group.

He made one more small rule change — one that some families have already adopted. “Let’s round all rents to the nearest 5 to not prolong each match by 20 minutes for sorting money.”

Translation: Now those formerly low-rent properties are finally worth owning.

There’s not much change to the railroads — those were always valuable properties to own, and they’re still pretty valuable, bringing in $225 in rent when a player owns all four of them, rather than the original $200. Except the first railroad — Reading Railroad — now brings in $220 under van der Beek’s revision, because it’s so much easier to land on it. And the last railroad — Short Line — brings in $325 (because lots of times players will never make it all the way around to that fourth side of the board …) 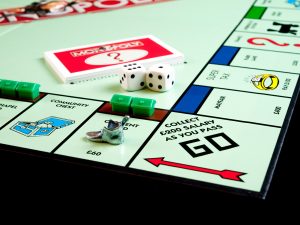 Is the rent too high on Boardwalk? (Photo by William Warby)

“These are the numbers Monopoly should have for all properties to be equally balanced.”

Even with the recalibrated rents, there’s still one more problem: whoever goes first always has a better chance of buying properties than any of the players who roll after them. Simulations confirmed this — but more simulations identified a very easy way to help correct for this. “All players may only start buying properties when any one player has passed Go or landed on Go.”

The Ludible site answers some of the burning questions about the experiment. For example, “Doesn’t balancing make the game flat and boring?”

“No, it actually makes the game more interesting … [R]eacting to specific situations is now more important than making that one move that is always the best one regardless of the situation, while still maintaining that classic feeling of randomness and having a chance to win even in case your game skill might not be as high as that of your competitors.”

Of course, he’s not the only geek considering new rules for Monopoly. Last month van der Beek’s essay turned up on Hacker News — where, as often happens, the commenters had their own ideas. One linked to another article describing “the slow, painful, friendship-destroying process of grinding the other players out of the game, turn by turn,” a process that turns Monopoly into “a long, boring, unpleasant slog.”

Another commenter remembered a variant created by a friend called “Dungeons and Dragons Monopoly.”

“If a character landed on the same space as another, they’d then get to “fight” (roll two dice and compare numbers) and the winner could steal a property from the other. It turned out to be one of the more fun Monopoly variants I’ve ever played, as it allowed monopolies to be created easier (fighting to get that third property someone wouldn’t trade you) and thus the game progressing faster.”

Maybe it all shows a universal fascination with the classic game of math and chance. When a Reddit thread asked “What is the best Monopoly strategy” back in 2014, the question drew over 4,600 comments and 11,400 upvotes. Answers ranged from hoarding all the one dollar bills to “Let the wife win.”

And one of the top-rated comments drew an impressive 90 upvotes from an apparent Monopoly hater quoting the geek movie “War Games“: “The only winning move is not to play.”

SHARE THIS STORY
RELATED STORIES
It Happened to Me: How I Suddenly Owed AWS $13,000... SRE Housekeeping: Where to Get Started for New Hires Why 'Explainable AI' Can Benefit Business How to Get Started Filling 3.4 Million Cybersecurity Jobs 2022 in Review: AI, IT Armies, and Poems about Food
SHARE THIS STORY
RELATED STORIES
How Jit Builds a Platform Engineering Mindset in the Cloud Platform Engineering Won’t Kill the DevOps Star 2023 Will Be the Year FinOps Shifts Left Toward Engineering 2022 in Review: AI, IT Armies, and Poems about Food Donald Knuth's 2022 'Christmas Tree' Lecture Is about Trees
THE NEW STACK UPDATE A newsletter digest of the week’s most important stories & analyses.
The New stack does not sell your information or share it with unaffiliated third parties. By continuing, you agree to our Terms of Use and Privacy Policy.