Can Algorithms Help Find the Next Pop Superstar? 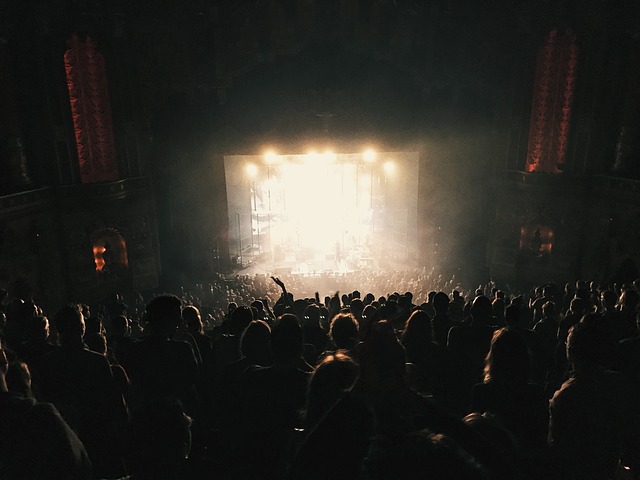 As big data changes familiar ways of doing things, are we losing intuition, expertise, and other valuable human traits that can’t be digitized? It’s a question that’s being asked throughout our society, especially when powerful analytics gets applied to something that’s preciously human.

Machine learning is reportedly already playing a role in the A&R process, which their article identifies as “the R&D arm of the music industry,” in which promising acts are identified (and developed) for eventual recording sessions. Written by Michael Hann, a former music editor for the Guardian, the article jokes about the self-mythologizing of the A&R business, “where the word ‘ears’ is used in the same way as Christians use ‘God’.”

But Hann concludes that data is becoming the new talent scout — citing a company called Instrumental which is selling analytics about new bands to the entire music industry.

“Instrumental uses machine learning to discover emerging talent,” explains the company’s website, and while it’s “predominantly” for the music and entertainment industry,” the company claims that its proprietary platform is already being used not only by record labels and promoters but also by book publishers and consumer brands — to identify “high value” prospects.

The company says it’s constantly scanning thousands of “influential” playlists and social media accounts to recognize trending groups. Specifically, it starts with over 8,000 Spotify playlists, calculating their seven-day growth or decline in reach. About 45 percent of these artists — roughly 200,000 — haven’t signed with a major label. (The Times reports that Instagram and YouTube will also be added to the mix in the near future.) Instrumental points out that over 20,000 new recordings are released online every day, arguing that the sheer volume of new material online makes it impossible to perform a manual search.

“The challenge now is how to cut through the noise and discover future stars and hits before anyone else.”

Instrumental boasts that it’s now ranking the online popularity of over 175,000 artists and 750,000 tracks “to surface the hottest prospects… using machine learning to categorize artists and tracks into 20 key genres.” There are also metrics about “offline engagement” and a filter for “minimum social reach,” as well as the ability to pinpoint fans in specific areas. It tracks the growth or decline of a band’s audience, offering hints about their “future commercial potential.” And of course, you can also limit the results to only acts which are unsigned. 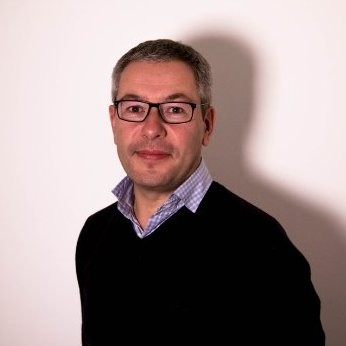 In short, the company brags that its platform “acts as a matchmaker for the music industry.”

What does it all mean? “if you want unsigned German folk singers on more than 10 playlists with at least 20,000 Spotify followers, you can find them,” reports the Financial Times.

The company’s co-founder, Conrad Withey, acknowledges that it’s not perfect — it may miss some good acts, or spot some acts that have buzz without real long-term talent. But he’s also recognized that we’re moving to a world where home computers are now powerful enough to create and distribute high-quality music without any help from major-label studios and production professionals. Though he spent eight years working for Warner Bros in the U.K., Withey saw people building vast and loyal audiences online — “a fanbase you could only dream of in a label.”

Could he turn online data into actionable insights?

Originally he’d planned on discovering promising acts and then developing their careers himself. Instrumental’s first hit was the soulful ballad “Dancing on My Own” sung by Calum Scott in his successful 2015 audition for Britain’s Got Talent, which sold over 600,000 copies in the U.K.

Withey soon realized that he wouldn’t have the money to continue promoting an expanding roster of promising artists — but he could find them, using data. And that data could be incredibly valuable in the high-stakes world of professional music, where streaming services have reduced the cushy profits of music labels, putting an even bigger squeeze on their margin for error. “These days,” Hann writes, “the people who run the big imprints want guaranteed hits.”

In 2015 one music industry publication explored the question of whether there’s an A&R “crisis,” noting that only nine of the 156 new artists signed were able to sell more than 100,000 records. It’s the job of the Artists and Repertoire (A&R) agent at a music label to scout talent.

To find more popular artists, the industry now seems to be turning to big data. Last year the new CEO of Sony Music Entertainment, Rob Stringer argued that “the modern-day talent-spotter must have both an artistic ear and analytical eyes.” And in March the CEO of Warner Music Group acquired Sodatone, a data-driven company that tries to predict a song’s commercial potential. “At Warner Music, we’re creating an entrepreneurial environment where art and technology thrive together,” he told the press, hailing the startup’s founders as “two talented pioneers, whose passion for algorithms and trends is matched by our love for music and culture.”

“They understand that A&R instinct has always been informed by different types of data, and have created a tool that brings new sophistication and foresight to creative decisions,” he said.

But is data analytics the right answer? Variety magazine recently ran its own article by manager, and A&R man, Nick Jarjour. While he acknowledges there have been positive changes in the way A&R teams find new artists, “In 2018, A&R has mostly come down to pure metrics. This is taking our culture down a dangerous path.”

The music industry needs to go back to pure A&R and gut instincts at some point it can't just be metrics and data. Everyone goes after the same artists based on buzz or streaming numbers but sometimes we just need pure talent.

Arguing that data is meant to inform decisions rather than dictate them, Jarjour worries about a world where following the same data leads all the labels to the same bands, adding “That’s our loss as a culture… Will we overlook the next Tupac, or skip past the next Madonna because they didn’t have enough views on YouTube or enough of a following on Instagram?”

On the other hand, there’s a real need for improvement. Hann cites figures from the International Federation of the Phonographic Industry showing that every year the global A&R industry spends $2.8 billion, “and all that buys is the probability of failure.” Specifically, the trade group reports low success rates, with the probability of a commercial success ending up somewhere between one in four and one in 10. Hann cites a quote from “the Secret DJ,” a column in a magazine about the electronic dance scene called Mixmag. “Major labels call themselves a business but are insanely unprofitable, utterly uncertain, totally rudderless and completely ignorant.”

Maybe that’s what led the industry to grab at big data for a clever fix. One employee at a major label complains to Hann that “There was a huge emphasis on what was happening at Spotify, and that became the driving force for signings. A&Rs were using their eyes rather than their ears — watching numbers change rather than listening to music, and then jumping on acts…” Though they criticize signings for the short term, they also seem to recognize that it’s built into the system. “A&Rs are on short-term contracts — three years is a fairly standard term. They have to find hits or their contracts don’t get renewed.

“That encourages them to go for short-term fixes because they don’t have the time to develop a career: it takes years to develop an artist for a career.”

In 2015, when one music industry trade publication interviewed Nick Gatfield, the former CEO and Chairman of Sony Music UK, he acknowledged it’s rare for a label to let an artist slowly mature over a decade. But later he drew a firm line in the stand. “I don’t think metrics can or should ever dictate an A&R decision. Without wanting to make it sound like a dark art, A&R decisions are made through an instinctive process.”

He believes the proper time for data comes later — when it’s time to take that music to the market. “If you’re putting music out into the ether and you’re using all the platforms we’ve been talking about and nothing comes back… you know what? You’re wrong. Sometimes, you’re just wrong.”

Gatfield remained philosophical about the way their business plans never seemed to coincide with the way things turned out. “That’s the great thing about the music business. The longer I’ve done it, the more conclusive proof I’ve found that nobody really knows anything.”

And A&R man Nick Jarjour seems to agree that that still leaves a place for us humans in the music business. “We cannot overlook raw talent and gut instinct.

“It’s a sacred thing that is important to nurture for our future generation of leaders.”