Can Makers Save RadioShack? 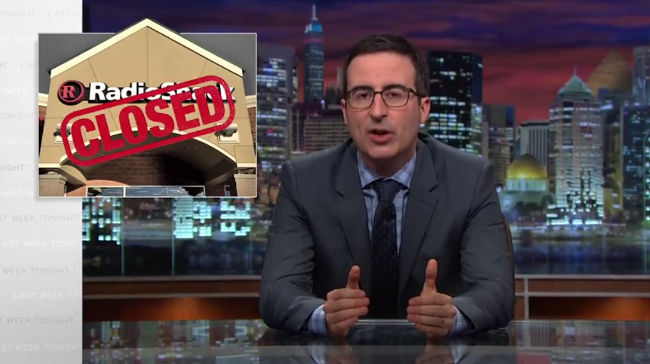 Once an icon of geek culture, RadioShack crashed through two bankruptcies — bewildering everyone who still had fond childhood memories of their electronics and gadgets. But as new independently-owned RadioShacks start opening for business, will it be the maker movement that finally resurrects the brand?

Radio Shack once had over 7,000 stores, remembers the Economist, though “In hindsight, that probably contributed to the problem. In many places, there would be three or four Radio Shacks to choose from, all within a 15-minute drive.” At its peak, there was a RadioShack within 3 miles of more than 95 percent of America’s households, but last year CNN Money argued that “as Americans turned to online shopping, that network of stores went from a strategic benefit to an expensive burden.”

A Place in History 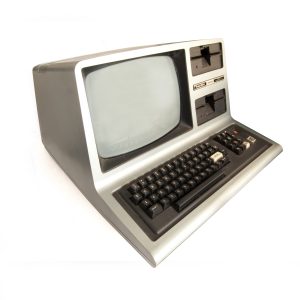 The Economist remembers how Radio Shack’s line of TRS-80 personal computers, launched in 1977, originally outsold the first PCs from both Apple and Commodore. But the TRS-80 also marked a turning point for the stores. “From then on, Radio Shack became hooked on pricier, pre-assembled products” – and those prices were more appealing to small businesses than their hobbyist user base.

“Besides, with the introduction of home computers, a generation of enthusiasts taught themselves to program, and then whiled away their spare hours writing software instead of soldering components onto printed-circuit boards.”

A 2015 article in the Economist argued that the company had abandoned the impulse buys of hobbyists to enter “the cut-throat world of selling mobile phones.” But the author lays some of the blame on changes in how circuit boards were printed since the newer tiny surface-mounted components were more powerful but prohibitively difficult for amateurs to solder. “That modern electronic products like the Raspberry Pi come pre-assembled says much about how the hobbyist movement has evolved.”

Fortune reported that RadioShack finally peaked in 1996, generating nearly $6.3 billion in revenue before electronics sales started moving online. 20 years later, in the year 2015, Amazon sucked up 90 percent of the growth in consumer electronics sales in the U.S., according to Deutsche Bank.

Acknowledging its boom years in the 1980s, RadioShack tapped ’80s icon Alf for a 2014 commercial in which a Radio Shack employee helps him finally upgrades his cellphone. The commercial ends with the slogan. “D.I.Y has evolved. It’s time for D.I.T… See what’s possible when we do things together.”

And RadioShack aired a legendary commercial during the Super Bowl in 2014. Its premise? The 1980s had called and wanted its store back.

But a year later CNN reported that “the ad didn’t help the company at all. Instead, it arguably reinforced the notion that the company had an antiquated brand image.” By 2015 RadioShack still had over 4,000 stores — when it filed for bankruptcy and closed about 2,400 of them. It limped on for another two years with over 1,518 stores being operated by “General Wireless,” Sprint’s joint venture with the hedge fund Standard General. In the spring of 2017 RadioShack still had 1,943 locations when it filed for a second bankruptcy, and began closing more. They were already losing $200 million a year (on just the mobile business alone), according to USA Today, citing the company’s bankruptcy filing.

It was a sad moment for people who remembered the can-do spirit from the store’s long-ago heyday.

John Oliver even recorded a segment in 2015 calling RadioShack “a true American icon,” decrying the lack of sympathy for “a dying, 94-year-old business.”

This January when RadioShack exited its second bankruptcy, it left General Wireless with a website and its small network of remaining dealers — plus a warehouse. The company predicted gross revenues of just $15 million for 2018.

So our ears perked up to an exciting headline Monday at Motherboard. “The DIY Movement Is Bringing RadioShack Back From the Dead.”

By last September, RadioShack was down to just 17 company-owned stores (in seven states) — but still boasted at least 425 independent dealers who were now representing the brand. And magically, that number is growing. In March, a new RadioShack opened in Pocatello, Idaho (population: 54,255) owned by Vern Murray and his wife Dalyn. One local newspaper said the opening “highlighted the company’s renaissance as a line of independently-owned franchise stores that have entirely succeeded the corporate-owned RadioShack locations that went out of business.”

Murray had already owned a RadioShack in nearby Blackfoot, Idaho for more than 20 years, and told the Idaho State Journal that he’s now thinking about expanding into even more cities.

Last week the geek site Hackaday took note of the newly-opening shops, with one commenter applauding the pluck of the independently-owned stores. “Most seem to be tailoring themselves toward the Maker movement.”

“I’ve been to the one in Pocatello, Idaho,” added another reader of Hackaday. “It’s actually decently stocked, and yes, it has the parts drawers.”

Back in 2015 CNN Money interviewed the owner of two RadioShack stores, one in Massachusetts and one in Vermont, who insisted that “We happen to be doing pretty well and I know plenty of other franchise owners who are too.”

Russ Bracket, who owns two stores in Maine, pointed out that even if RadioShack ceased to exist, he could always order what he stocks from other suppliers. In Sequim, Washington, store owner Barbara Lyle complains that “there’s a lot more steps involved when you’re ordering from outside the company. It’s been a chore.” But she acknowledges that sometimes their new wholesalers actually give them cheaper prices.

The B2B site Twice reported last August that a store in Wisconsin had become the first new RadioShack to open since the second bankruptcy, though its owner says he’d heard more would be opening soon. This April a new RadioShack opened in Oklahoma. “People in the public I’ve talked to have told us they’ve missed having a Radio Shack in Claremore,” said store owner Thad Teel, adding “feedback has been very positive, so we’re looking forward to being here to fill a need in the community.”

“Do-it-yourself — that’s a big part of what Radio Shack is now,” he added. “Electronic parts and pieces, components — that kind of thing… while we’ll still carry a smaller selection of the things we used to — AM/FM radios, headphones, electronic cables, etc. — most of what we’re becoming is a store which will have greater appeal to the electronic-minded — resistors, capacitors, electronic-item batteries that you can’t find anywhere else, and similar items.”

I called Vern Murray at his store in Pocatello, Idaho — who at first explained that he couldn’t talk because he was helping a customer. But when I reached him at a more convenient time, Murray reminisced about the ups and downs of the last 20 years as the owner of a RadioShack. “The cellular years were great to us, and before that the satellite dish years early on. Now we’re back at what started RadioShack: smaller transactions, back to the core product, what RadioShack was invented for…”

In fact, the bankruptcy has actually created new opportunities for individual store owners. “The corporate store had all of the big towns… Now they’ve encouraged the ma and pop stores to take over in those areas.”

He believes that a personal touch can help individual brick-and-mortar stores survive in the age of Amazon.com. And there’s another thing they can do that Amazon can’t: let customers avoid the delay of having a product shipped to them. “They can touch it and feel it and use it and go, ‘Yeah, this is better than waiting for it to get shipped from China.'”

Young tech enthusiasts are certainly helping his bottom line. “There’s a college here that has some robotics programs, and it’s made it a very good store.”

But there’s also been another significant change, with the surviving stores coming together into a community and communicating with each other. “What’s interesting is before the bankruptcy we hardly did… It’s pulled the dealers together where they share experiences, products, happy moments, sad moments. There’s way more of that now than there ever was before the bankruptcy.” They gather together in Facebook groups for RadioShack store owners and swap tips about what works and what doesn’t, along with stories and maybe a picture or two.

“I feel like I’m better friends and know more about RadioShack now than I did 20 years ago when we started. As new products come out, people will jump on and say, ‘Hey that one works great’ or ‘No, that one’s had lots of returns, stay away from it,’ funny stories about customers…”

What will keep the stores alive? It’s simple. “The world will always need somebody that will help them with a question… I don’t think anybody will ever get rich off it again — I think those days are gone. But I think there will always be a spot for someone who can solder a wire or just answer a question, put a battery in a cordless phone for somebody who’s elderly, a battery for a key fob in a car.

“There’s always going to be a need for good customer service in an electronics environment.”