Does Canonical Have Enough Technical Assets to Attract Investors? 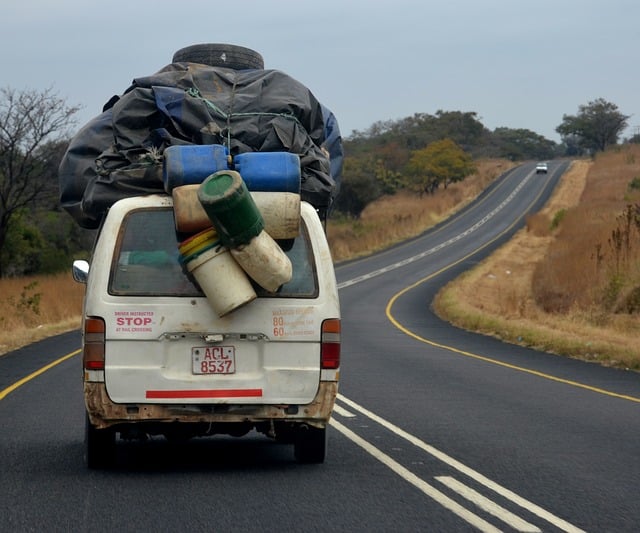 Rumors that Canonical Ltd., the company that oversees the influential Linux distribution Ubuntu, is looking for investors have circulated for years. As early as 2015, Canonical’s founder Mark Shuttleworth mentioned in an interview that he was contemplating an initial public offering for the company. However, in 2017, the rumors gained substance as the result of a massive reorganization of both staff and direction designed to attract investors.

Yet the question that remains is whether Canonical has the technological leadership or intellectual assets for this change in direction to succeed without several years of effort.

Ubuntu enthusiasts or those who only know Canonical through the media might be surprised at this uncertainty. In Ubuntu, Canonical has overseen the development of one of the most popular versions of Linux ever. Moreover, its example has encouraged other distributions to improve international support and to become concerned with interface design.

However, Ubuntu’s influence in Linux has been established at Canonical’s economic expense. The blunt fact is that, since Canonical Software was founded in 2004, it has never been profitable, although Shuttleworth has maintained repeatedly that it could be if it jettisoned unprofitable lines of development.

These figures are a concern because, while temporary losses are common among expanding companies when they continue and increase for over a decade, the odds of turning a profit seem remote. This pattern of increasing losses may explain why none of the venture capital firms that specialize such in open source, such as Intel Capital or Matrix Partners, have invested in Canonical to date.

Still, recent changes seem designed to break that pattern. In April 2017, Canonical announced that Shuttleworth was reassuming his position as CEO, replacing Jane Silber. In addition, the Canonical staff was reduced from over 700 to under 500.

Even by the standards of the tech industry, the churn at Canonical seems high.

Even more importantly, Shuttleworth announced that the company would no longer develop the Unity desktop, the Ubuntu Touch operating system for phones, or convergence — that is, the delivery of the same interface across all devices from tablets to workstations. All these had been major directions for Canonical since 2010, and championed by personally by Shuttleworth, who in making the announcement, unsucessfulremarked that “this has been, personally, a very difficult decision.”

Shuttleworth announced that, in the future, Canonical would “invest in the areas which are contributing to the growth of the company. Those are Ubuntu itself, for desktops, servers and VMs, our cloud infrastructure products (OpenStack and Kubernetes), our cloud operation capabilities (MAAS, LXD, Juju, Bootstack) and our Internet of Things story in snaps [universal packages] and Ubuntu Core. All of those have communities, customers, revenue and growth, the ingredients for a great and independent company, with scale and momentum.”

The change in leadership is scheduled to begin in July. However, given that Shuttleworth has always been a hands-on decision maker, serving permanently on the Ubuntu Community Council and Technical Board, and Silber remains on the Canonical Board of Directors, the change is more cosmetic than real. As Canonical remakes itself to attract investors, it remains in the hands of those who had led it through thirteen years of unprofitability.

True, Shuttleworth made his fortune by selling to VeriSign Thawte Consulting, a company specializing in digital certificates and Internet security — but that was almost two decades ago, and the accomplishment is undercut by Canonical’s more recent record. As for Silber, she personal unsuccessful Ubuntu One, whose cloud storage service closed in 2014. Faced with such a mixed past, investors might question whether the Canonical leadership is capable of reversing company fortune.

Lower down the hierarchy, Canonical does seem to have to some proven leadership assets. In particular, the tenure of Anand Krishnan, a former General Manager for Microsoft’s Developer Platform, coincides with the later stages of development of Canonical’s cloud services. Similarly, the promotion of Robbie Williamson from Ubuntu Foundations Team Engineering Manager to Vice President, Customer Success matches Canonical’s successful involvement with cloud services.

Moreover, while Canonical has proved it can attract skilled employees, keeping them seems another matter. Star employees who have departed Canonical include former Chief Technology Officer Matt Zimmerman and former Ubuntu community leader Jono Bacon, to say nothing of Ben Collins and Ian Jackson, two former Debian leaders, it has been unable to retain many of them.

Several times, too, Canonical has been in conflict with the volunteer developers of Ubuntu, which remains the foundation for much of Canonical’s technology. Even by the standards of the tech industry, the churn at Canonical seems high.

Another reason for questioning Canonical’s leadership is the company’s history of abandoned technological developments and services. The abandoned efforts include Upstart, a replacement for Linux’s init daemon; Ubuntu Edge, a crowd-funded boutique cell phone; and Ubuntu TV. Other software, such as Bazaar, a version control system; and Mir, a replacement for the X Window System, have never had much of a user base outside of Ubuntu. The recent abandonment of the Unity desktop and the concept of convergence only add to the litany of limited successes and outright failures that, from a business perspective, might suggest a lack of vision.

Canonical’s best and last hopes for profitability and investment depend on the technologies it will continue to develop. However, whether these technologies can return more than a modest profit seems uncertain.

Canonical, of course, could not abandon Ubuntu without abandoning everything it has stood for since it was founded. Presumably that is why, in announcing the recent changes in Canonical, Shuttleworth added, “I’d like to emphasize our ongoing passion for, investment in, and commitment to, the Ubuntu desktop that millions rely on.”

All the same, as numerous companies demonstrated during the Dot-Com era at the turn of the millennium, depending on a Linux distribution with open source licenses is a difficult means to turn a profit. Canonical has already shut down several developments that distinguished Ubuntu, and the challenge going forward is to continue keeping the overhead of developing Ubuntu lower than the possible profits from offering support and server services. In this respect, actions like stopping the development of Unity, Ubuntu’s signature desktop environment in favor of the community-developed GNOME seems a step in the right direction.

Yet, on the plus side, Debian-based technologies like Ubuntu have no equivalent to Red Hat or SUSE, the companies that commercialize .rpm technologies. This is a role that Canonical is well-suited to fill, especially with the addition of cloud services. In fact, no other rival is in sight. Probably, development in this area is profitable — but a little or a lot? Unfortunately, however, none of the publicly available financial information breaks down earnings by department, so the only evidence that the development of Ubuntu is an asset is Shuttleworth’s repeated statements, and marketing claims on the Canonical website such as “Ubuntu Server is the world’s most popular cloud operating system.”

Ubuntu’s most significant technical asset seems to be OpenStack, Kubernetes and other emerging cloud and container-related technologies. Canonical was one of the first company to develop solutions in all these areas, and continues to have one of the most mature set of solutions available, as Shuttleworth’s list of continuing technologies demonstrates (see above).

However, to continue to succeed in such markets, Canonical must remain nimble, and consolidate its headstart. The trouble is, that may be difficult in the goldrush atmosphere of cloud and container-services. For example, at the 2015 OpenStack Summit, over a hundred companies exhibited, many of them much larger than Canonical, and that trend has no doubt continued.

Already, Canonical’s early lead may be slipping. The number of OpenStack users deploying Ubuntu Server rose from 33 percent in 2015 to 55 percent in 2016, which seems to validate Canonical’s claims about its market dominance. However, in 2017, the percentage had dropped to 37 percent. At the very least, the market for cloud-services seems volatile, and at worst, other companies may be outcompeting Canonical, although it is still too early to be certain.

Similarly, in other areas in which Canonical was a pioneer, such as tools like Kubernetes for managing containers, other companies such as CoreOS are now releasing tools that rival Canonical’s. Only the next few years will show whether Canonical can remain a leading player, particularly while handicapped by practicing financial restraint.

However, the greatest uncertainty lies in Canonical’s development of Snap packages. Intended for software installation, Snaps are intended to replace the traditional .deb and .rpm package management systems. In theory, they should be especially useful in delivering images of entire operating systems, especially on Internet of Things devices.

However, Snaps are have yet to overcome a number of challenges. They are still in development, and whether the plan to have a single package that is installable on any Linux distribution may be impossible without increased standardization. They also assume that upstream developers are willing to take on the quality control and security testing that is currently done by a distribution.

Moreover, they face competition from Red Hat’s Flatpak, a similar universal package format. If successful, Snaps might become an innovation that increases Canonical’s attractiveness to investors, but at this point their development remains at the experimental stage, with some observers questioning whether it is needed at all.

Despite all the recent upheavals at Canonical, the questions remain: does the company have enough innovations and intellectual property to attract investments? Even after pruning several technologies, is Canonical still spreading itself too thinly? How can a medium-sized company compete successfully against industry giants? Any financial investment is a gamble, especially in open source, yet Canonical seems a larger gamble than most. To date, it has succeeded more as a philanthropic donor to open source than as a company.

Jay Lyman, a technology analyst at the 451 Research Group, summarizes the situation:

Canonical is fairly unique as an enterprise backer of open source software, mainly its Ubuntu Linux. Ubuntu represents a Linux distribution that has innovated in user experience and now appeals to a broad number of developers and a growing number of enterprises. While Canonical’s foray into mobile devices did not amount to much, it is now more squarely focused on its biggest enterprise opportunities in cloud computing, hybrid clouds, OpenStack, containers, microservices and IoT.

Because it has been backed financially by its founder and CEO Mark Shuttleworth since the start and the company has not taken a traditional route via venture capital funding to an enterprise business, Canonical is fairly unique as an IPO[investment] candidate. Though its open source software community is among its greatest strengths, this may also be a hurdle since monetization of its free software is an ongoing challenge.

Undoubtedly, Shuttleworth is right to compare the coming months and years of reinvention to the preparation for a marathon. However, reinvention takes time as well as a focus that Canonical has yet to demonstrate. Rather than training for a marathon, a more apt analogy might be developing a program for recovering from a series of minor strokes after a life time of not exercising — Canonical can attract investors and even become publicly traded, but it will take time and effort.