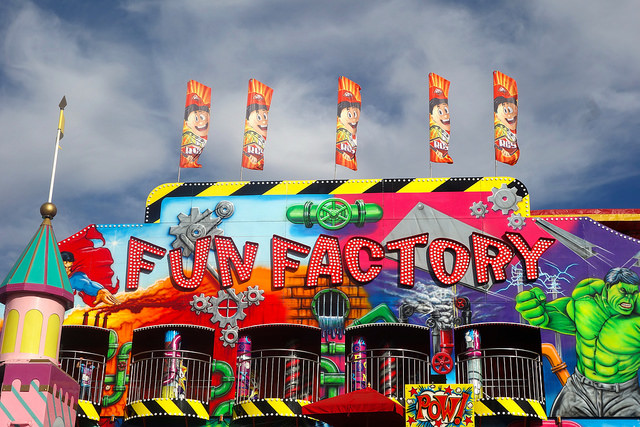 Feature image: “Fun Factory” by Kevin Dooley is licensed under CC BY 2.0.

At OSCON today, Capital One will be unveiling Hygieia, a comprehensive DevOps dashboard that its agile teams developed, as its first open source product.

It’s designed to be a configurable dashboard to provide real-time status of the entire delivery pipeline, according to George Brady, executive vice president of technology.

Capital One has embraced agile development and has more than 1,000 agile teams in an IT work force of more than 10,000.

“In looking at the commercial products available, we didn’t find a compelling dashboard. … [Capital One] has embraced agile at scale, continuous integration/continuous delivery, so being able to deliver software efficiently is very important to the company,” Brady said.

In particular, the company notes on GitHub, application lifecycle management tools help developers track code, tests and builds, but don’t cross over from build to deployment; operations tools that provide visibility into server and application runtime health and analytics, but not development and build activities; and while Grafana is among the tools providing a generic framework to build a dashboard, collecting data from the numerous DevOps tools is still a challenge.

“[With Hygieia,] you can look at where you are in the sprint that you’re running with your agile team, as well as different aspects of where you are in the code-delivery cycle – code scans, deployments that are happening in various development and test environments. It gives agile teams insight into how their factory is running and helps them to work most optimally,” Brady said.

The dashboard is divided into six widgets:

It also integrates with HP Fortify for security. The dashboard is built on a MongoDB database that uses a set of collectors to draw data into the database. Its interface, written in JavaScript, calls upon REST APIs to draw information from the database.

The project will have an Apache 2.0 license.

“We provide connectors into many different open source tools, but we recognize that we don’t have coverage for every tool that every enterprise would want, but there’s capability within the product for others to contribute connectors for [something] they use within their enterprise and contribute that back to the community,” he said of open sourcing the code.

The company has been using open source technology since the early 2000s and contributing fixes back into open source communities for the past two to three years. It plans to contribute other projects to open source later on.

The company has two main interests in open source projects, he said.

“We look for projects that align either as an information-based company — data is essential to the way we run the business — so we’re involved in many of the Hadoop and Hadoop ecosystem projects. So we’re going to continue to play an active role there. We’re equally interested in good, quality software and fast delivery.”

In addition to relaunching an upgraded version of its mobile app, the company launched its digital Escrow Express service to help escrow agents digitally manage escrow and tenant security accounts; an online information portal for first-time home buyers and merged its ShareBuilder do-it-yourself digital platform with its Capital One Investing Services advisor network to create a service with a blend of digital tools and professional advice.

At the company’s April earnings call, founder and chairman and CEO Richard D. Fairbank said the company’s significant investments in digital and mobile products are “not just in the customer experience associated with that, but all the underlying infrastructure that is behind what it takes to actually innovate in digital.”

Releasing the dashboard also could be a recruitment play, as companies like Netflix have done, according to 451 Research analyst Donnie Berkholz.

Indeed, Monsoon founder Sandeep Sood told Re/code that when the staff met to discuss the acquisition deal, not everyone was thrilled about being bought out by a company focusing solely on financial services. When he asked how many considered that industry a hotbed of innovation, “Initially no hands went up.” However, the majority decided to move to Capital One.

“When developers get to open source their code, they appreciate it philosophically as well as pragmatically, since that means the code they built is portable to their next jobs,” Berkholz said.

In its announcement, Capital One alluded to the recruitment potential by saying it’s “showing the world that we build high-quality software that solves problems” and
“journey to becoming a serious player in the top-tier developer community.”

In the financial sector in particular, Bloomberg has been very involved in the open source community, particularly around cloud, Berkholz pointed out. It
was lead sponsor of the design summit portion of the OpenStack Paris summit.

“In my role as co-organizer of DevOpsDays MSP (Minneapolis-St Paul), I’ve seen more and more end-user companies want to get involved as sponsors of that local community event for recruiting, and open source serves a similar purpose with potentially much broader reach,” he said.