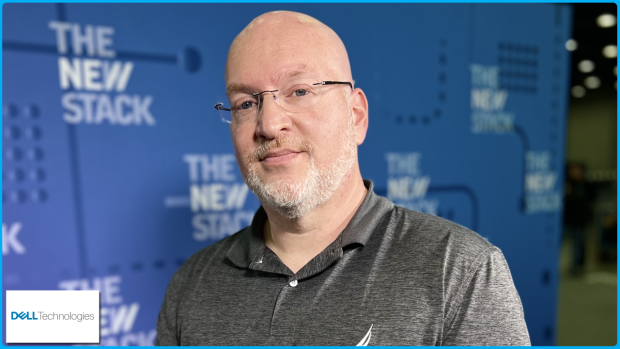 DETROIT — Developer relations, or DevRel to its friends, is not only a coveted career path but also essential to helping developers learn and adopt new technologies.

That guidance is a matter of survival for many organizations. The cloud native era demands new skills and new ways of thinking about developers and engineers’ day-to-day jobs. At Dell Technologies, it meant responding to the challenges faced by its existing customer base, which is “very Ops centric — server admins, system admins,” according to Brad Maltz, of Dell.

In this episode of The New Stack’s Makers podcast, Maltz spoke to Heather Joslyn, TNS features editor, about how Dell has, since August, been busy creating a DevRel team to aid its enterprise customers seeking to adopt DevOps as a way of doing business.

This On the Road edition of Makers, recorded at KubeCon + CloudNativeCon North America in the Motor City, was sponsored by Dell Technologies.

Maltz, an eight-year veteran of Dell, has moved quickly in assembling his team, with three hires made by late October and a fourth planned before year’s end. That’s lightning fast, especially for a large, established company like Dell, which was founded in 1984.

“There’s two ways of building a DevOps team,” he said. “One way is to actually kind of go and try to home grow people on the inside and get them more presence in the community. That’s the slower road.

“But we decided we have to go and find industry influencers that believe in our cause, that believe in the problem space that we live in. And that’s really how we started this: we went out to find some very, very strong top talent in the industry and bring them on board.”

In addition to spreading the DevOps solutions gospel at conferences like KubeCon, Maltz’s vision for the team is currently focused on social media and building out a website, developer.dell.com, which will serve as the landing page for the company’s DevRel knowledge, including links to community, training, how-to videos and an API marketplace.

In building the team, the company made an unorthodox choice. “We decided to put Dev Rel into product management on the product side, not marketing,” Maltz said. “The reason we did that was we want the DevRel folks to really focus on community contributions, education, all that stuff.

“But while they’re doing that, their job is to bring the data back from those discussions they’re having in the field back to product management, to enable our tooling to be able to satisfy some of those problems that they’re bringing back so we can start going full circle.”

Facing the Limits of ‘Shift Left’

The roles that Dell’s DevRel team is focusing on in the DevOps culture are site reliability engineers (SREs) and platform engineers. These not only align with its traditional audience of Ops engineers, but reflect a reality Dell is seeing in the wider tech world.

“The reality is, application developers don’t want to shift left, they don’t want to operate. They don’t want somebody else to take it, and they want to keep developing,” Maltz said. “Where DevOps has transitioned for us is, ‘how do we help those people that are kind of that operator turning into infrastructure developer fit into that DevOps culture?’”

The rise of platform engineering, he suggested, is a reaction to the endless choices of tools available to developers these days.

“The notion is developers in the wild are able to use any tool on any cloud with any language, and they can do whatever they want. That’s hard to support,” he said.

“That’s where DevOps got introduced, and was to basically say, Hey, we’re gonna put you into a little bit of a box, just enough of a box that we can start to gain control and get ahead of the game. The platform engineering team, in this case, they’re the ones in charge of that box.”

But all of that, Maltz said, doesn’t mean that “shift left” — giving devs greater responsibility for their applications — is dead. It simply means most organizations aren’t ready for it yet: “That will take a few more years of maturity within these DevOps operating models, and other things that are coming down the road.”

Check out the full episode for more from Maltz, including new solutions from Dell aimed at platform engineers and SREs and collaborations with Red Hat OpenShift.