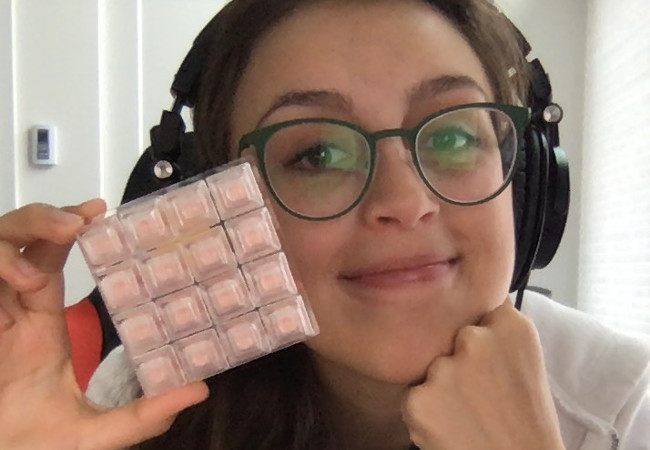 Software Engineer and Developer Advocate Cassidy Williams started this decade looking forward to a year of global travel for React training, workshops, and public speaking gigs. She spent January in Boston, DC, and Austria. February saw her speaking in France and Ireland. Then, suddenly, the small consultancy she worked at went from having overbooked their March to an empty schedule. And the full-time staff was let go.

When her now ex-boss tweeted about this “worst day” of his career, the response Williams got was overwhelming — she’s very well known in the Twitterverse, not the least for her short, hilarious videos on the coder life. She tried to turn the attention away from her to her massive following, and, in turn created a very popular thread for thousands of engineers also suddenly without stable work.

This episode of The New Stack Makers podcast focuses more on the community and less on the tech side of the tech community — which we think matters now more than ever. Williams has dedicated her career to teaching, mentoring and helping others find the right roles in tech. In fact, she’s written a step-by-step guide on how to get your first job in this industry. This episode dives into how to build the right network to not only make an impact on your career, but on the lives of others in tech.

Want to be a better community member? Williams says to start with offering and asking for smaller things that can make a significant change. Like reviewing someone’s resume, C.V., or LinkedIn profile. You may catch a typo or may spark a conversation about how to move past imposter syndrome and be more direct about accomplishments. You can also let people know you have a couple of hours available a month to answer specific questions.

“It’s really important to not only accept help from the community but also give help to the community and keep it reciprocal. Because that fosters a good environment around you,” Williams said.

DevRel “speaks directly to developers and developers don’t like being sold to. If you’re trying to send an ad campaign to them, chances are, it’s not going to work.”–Cassidy Williams

She offers this advice to all sectors but believes this is especially true in the tech industry, which has so much influence from the volunteer-backed open source communities. Williams sees these communities as only growing during this time of collective trauma, already witnessing many more online groups, Discords, public Zoom calls, and online conferences.

“Being able to make those connections and just being willing to introduce someone to another person or figure out how you can make a job interview connection,” she said. “I think that’s that’s really key to helping people and you never really realize how much of an impact you can make until you offer.”

And this carries over into the communities you run. For Williams, developer advocacy can’t be directly related to sales or leads or other metrics. Developer relations is an important — though sometimes immeasurable — driver of brand awareness and developer loyalty. She says this could take years to cultivate but that brand loyalty will hold true through entire careers.

Williams describes DevRel as “speaking directly to developers and developers don’t like being sold to. And so if you’re trying to send an ad campaign to them, chances are, it’s not going to work. But if you send a developer to talk about this kind of stuff, that’s when it will work. And so for developer-focused products, that’s basically the way to talk to them and build a loyal community around your brand.”

This episode also brings advice for how to find the right mentor — or how they find you — and ease into a mutually positive relationship.

And, of course, in this episode, we talk about the more than 150 weekly newsletters Williams has sent over the last three years. She uses this as a way to talk about the tech and tech culture of the moment and to further help people find jobs, by including an interview question a week. They include coding challenges where you can share your answer and get feedback like recently build something with the COVID-19 API.

“I try to list every name of [each] person who has submitted responses so people can look at their answers. And hopefully, if an employer is keeping an eye out, they can see like, ‘Oh, this person answered this tough question in a good way.’ And talk to them,” Williams said.

Jennifer Riggins is a culture side of tech storyteller, journalist, writer, and event and podcast host, helping to share the stories where culture and technology collide and to translate the impact of the tech we are building. She has been...
Read more from Jennifer Riggins
SHARE THIS STORY
RELATED STORIES
Can C++ Be Saved? Bjarne Stroustrup on Ensuring Memory Safety Watch Out, Attackers Have Their Heads in Your Cloud! WebAssembly vs. JavaScript: Security, Speed, Flexibility NASA and IBM to Speed AI Creation with New Foundation Models Linux Foundation Study Critiques Outsized U.S. Influence on Open Source
TNS owner Insight Partners is an investor in: The New Stack.
SHARE THIS STORY
RELATED STORIES
Is the Answer to Your Data Science Needs Inside Your IT Team?  Nextdoor's Plan for Catching New Release Troubles Early on Groundcover: Simplifying Observability with eBPF How Platform Engineering Can Improve DevOps Collaboration Can C++ Be Saved? Bjarne Stroustrup on Ensuring Memory Safety
THE NEW STACK UPDATE A newsletter digest of the week’s most important stories & analyses.
The New stack does not sell your information or share it with unaffiliated third parties. By continuing, you agree to our Terms of Use and Privacy Policy.