As organizations create urgency in adopting DevOps, the innovation continues. Software development lifecycles are becoming increasingly automated and cloud-based. Only a fraction of the DevOps model’s capacity is being used even though many teams are adopting it.

The term “DevOps” comes from combining two words, “development” and “operations.” And just like its name, DevOps seeks to combine two different sets of IT practices — software development and software operations, the work of the developer and the system administrator, respectively.

DevOps innovation continues as organizations create urgency in its adoption. Automation and cloud use is becoming increasingly important in the software development lifecycle. Although many teams are adopting the DevOps model, only a fraction of its capacity is engaged.

According to Puppet’s State of DevOps 2021 report, 65% of mid-evolution companies are adopting public cloud use, yet only 20% are using the cloud to its full potential.

Continuous integration, delivery, and deployment should be the components of a DevOps pipeline. Every pipeline is unique. However, similar fundamental components are employed in the pipeline:

Continuous Integration (CI) — CI entails the improvement of existing codes and the ability to integrate changes between new and existing codes swiftly.

Continuous Deployment — Traditional deployment methods required engineers to update manually and test codes. This method often took weeks or even months due to testing for bugs and other vulnerabilities in the code. Continuous development expands the testing and operations process, so new versions of the software are validated and deployed automatically. CI/CD enables advanced teams to deploy runnable codes multiple times daily rather than once in weeks or months.

DevOps is often among the tools and tech stacks that organizations use to integrate development and operations teams continuously. However, the DevOps culture revolves around the practice and processes that improve the DevOps lifecycle.

Tools such as servers, software, platforms, and applications used in DevOps solutions only aid facilitation and implementation. As the DevOps model evolves and pivots, DevOps technologies that make up the DevOps toolchain should adopt new developments and trends to remain competitive.

DevSecOps is a combination of Development, Operations, and Security processes. It’s an approach that requires security to be integrated alongside DevOps processes.

In the past, security was the job of a specific team at the end of the software development process. While that could have sufficed when deployment took weeks or months to be completed, it is not feasible now, with fast and frequent software releases focusing on DevOps teams.

Securing the development process as codes are built and tested is necessary for preventing malware. Security should be built alongside software and not be bolted when DevOps is completed.

Securing the DevOps process has become the new direction for DevOps discussions. DevOps evangelists preach that security frameworks that identify potential threats and hold every team member accountable should be built at the same scale as the software development process. Engineers must adapt how software is created, ensuring that codes and end-user software are secure as they are written and deployed.

Simplifying DevSecOps is vital in maximizing the output and productivity of each team. Attempts to secure the software development lifecycle should not hamper team progress or become more tedious than manual deployment. Administering standard tests, having optimal cloud vulnerability scanners, and specified security goals are simple ways to secure the DevOps lifecycle.

Although there have been recent developments and improvements in DevOps practices, certain challenges must be addressed to ensure seamless team integration.

Barriers to DevOps adoption include:

DevOps is gaining rapid traction. It has become widely adopted among decision-makers and influencers. Highly evolved firms are making extensive DevOps automation a focus. In a survey by Delphix, nearly all of the 2,000 companies surveyed said they were already practicing DevOps or plan to adopt it within the next 24 months.

Organizations that adopt innovative technologies and grow with new DevOps trends will continue to have an edge. Empowering DevOps teams to handle challenges and improve DevOps processes is the best way to maintain relevance.

Find out more about current DevOps trends, challenges, and opportunities. 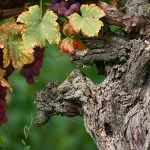 The What, Why and How of DevOps
BY Michael Cade
In this first post in a series, we’ll examine the definition of DevOps and its purpose in an organization. 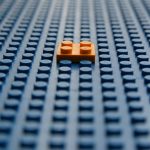 Demystifying DevOps: Essential Building Blocks of a DevOps Approach
BY Catherine Paganini
This post outlines what it takes to implement a DevOps approach, including automated tests for continuous feedback, ideal team structures and architectures, integrating security, as well as automated platforms and telemetry. 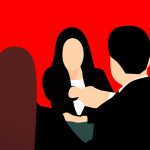 Why It Is Difficult to Hire for DevOps?
BY Pavan Belagatti
DevOps is seen as the holy grail which will lead companies to foster innovation. Every company wants to practice it and to be recognized as a DevOps-led organization. However, not many companies, not even the giants have outlined the standard skillset it takes to be called a true DevOps expert. 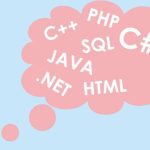 25 Most Popular Programming Languages Used By DevOps Pros
BY Jacob Schmitt
Software delivery teams are adopting human-friendly tools and practices to automate and scale while also eliminating friction for developers and managers. 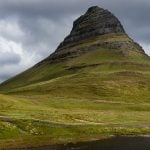