Compared to serverless studies in 2018 and 2020, platforms aimed at web developers have actually gotten traction. This makes us believe that the surveyed developers are not just early adopters, but instead are willing to work with a whole new set of service providers.
Jun 17th, 2021 1:16pm by Lawrence E Hecht 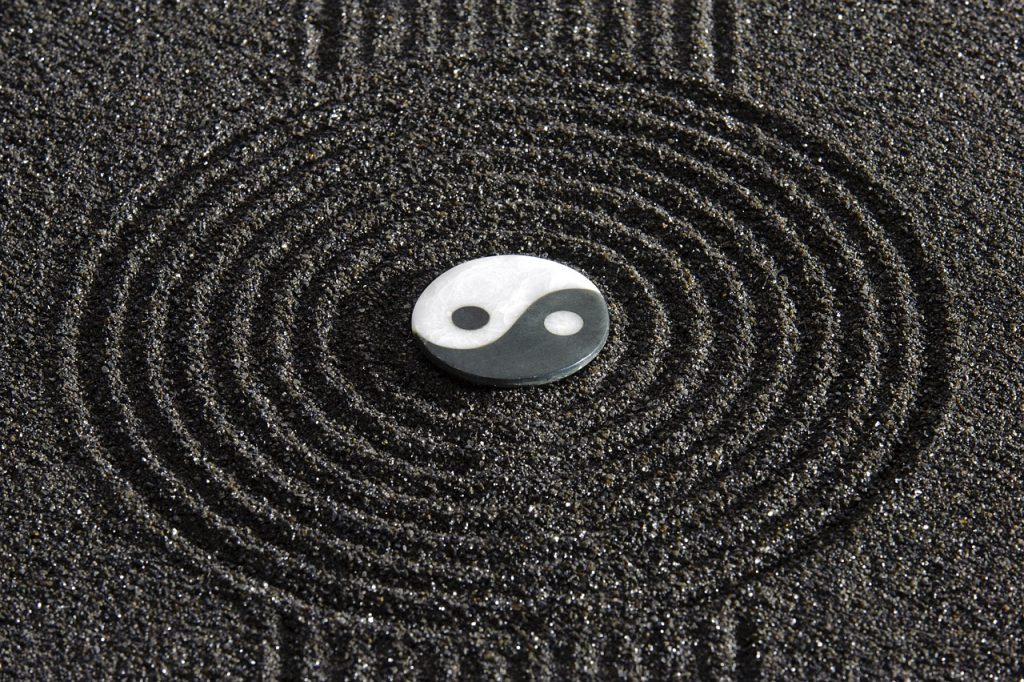 Technologists, investors and journalists continue to be in awe of the possibilities that a great unbundling or decoupling that next-generation web development could bring. They should also pay attention to how content delivery network (CDN) providers are packaging edge and function-related services to compete against the cloud computing giants.

Compared to serverless studies in 2018 and 2020, the recently released “State of the Jamstack 2021” report suggests that platforms aimed at web developers have actually gotten traction. This makes us believe that the surveyed developers are not just early adopters, but instead are willing to work with a whole new set of service providers.

The study asked 529 Jamstack developers where they typically host and deploy their projects, Microsoft Azure was only cited by 29% as compared to 37% in the equivalent 2020 survey, while Amazon Web Services (AWS) fell from 34% to 25%. For some reason, Google Cloud was not asked about. Meanwhile, Cloudflare found uptake by 27% when it was added to the latest version of the questionnaire. All those respondents are probably not using Cloudflare Pages, which is aimed at the Jamstack use case because DNS and CDN are just a couple of the more prominent services among the company’s 36 product lineup.

It is not surprising to see Akamai in the mix used by 14%. The long-time CDN provider continues to innovate with its serverless edge compute offerings and ability to accelerate the API requests that are at the heart of Jamstack applications.

Gatsby Cloud, Digital Ocean and Netlify each were cited by 21% as where Jamstack projects are deployed and hosted. Gatsby Cloud and Netlify also market themselves as platforms for web developers, where devs can build their applications, deploy them to edge locations and then run them perhaps with the assistance of third parties that execute functions or other parts of an application workflow.

Jamstack, edge and serverless architectures assume that locating data, business logic and compute closer to an application’s end-user will bring benefits such as improved performance and reduced cost. Perhaps AWS and Azure could deliver these based on their size and scale, but what type of developer experience are they supposed to be delivering? Should it be aimed towards a frontend, backend, full-stack, edge, or IoT developer? It all depends on what your vision of an unbundled web looks like. 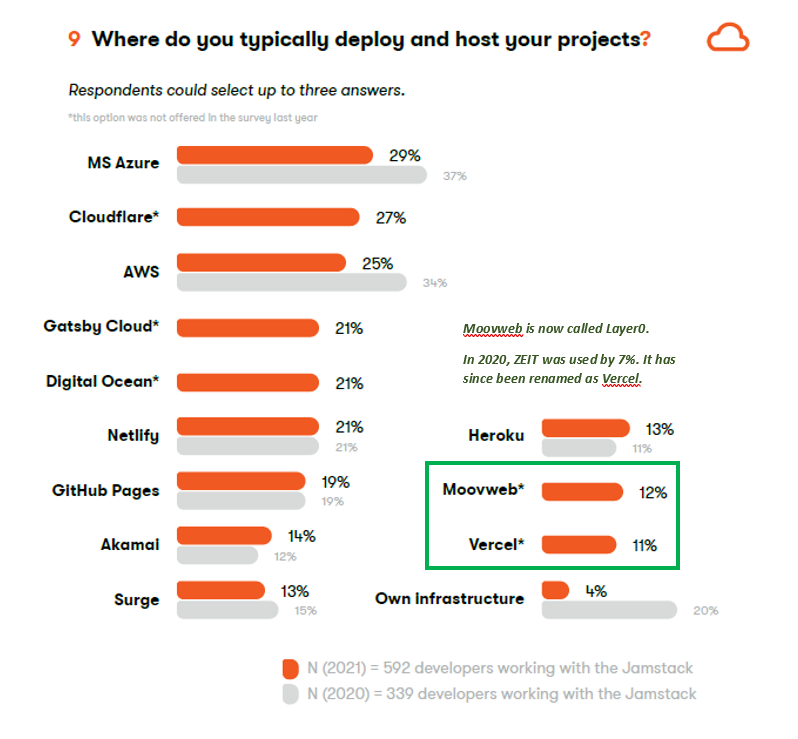 Source: Surge is often used for free hosting. “State of the Jamstack 2021”.

Lawrence has generated actionable insights and reports about enterprise IT B2B markets and technology policy issues for almost 25 years. He regularly works with clients to develop and analyze studies about open source ecosystems. In addition to his consulting work,...
Read more from Lawrence E Hecht
SHARE THIS STORY
RELATED STORIES
Jamstack Panel: How the Edge Will Change Development Kelsey Hightower on Software Minimalism and JS Frameworks 3 Principles for Building Secure Serverless Functions Survey Finds Majority of Jamstack Community Testing Edge Building a To-Do App using GitHub Actions, Playwright, Next.js
SHARE THIS STORY
RELATED STORIES
3 Principles for Building Secure Serverless Functions Early Days for Quantum Developers, But Serverless Coming This Week in Programming: Honeycomb's ARM Advantage Bit.io Offers Serverless Postgres to Make Data Sharing Easy 2022 a Golden Year as JavaScript Moves to the Edge
THE NEW STACK UPDATE A newsletter digest of the week’s most important stories & analyses.
The New stack does not sell your information or share it with unaffiliated third parties. By continuing, you agree to our Terms of Use and Privacy Policy.