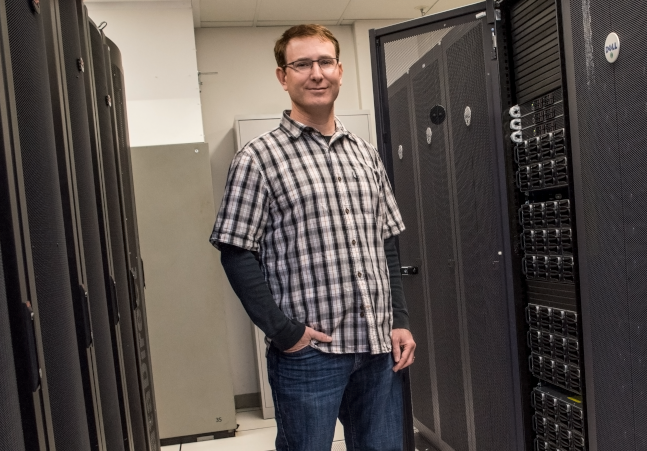 Rocky Linux is a new distribution based on a 1:1-compatible Red Hat Enterprise Linux binary, one designed as a drop-in replacement for CentOS, which used to be the go-to binary compatible version of RHEL (without the licensing fees) until Red Hat changed the course of CentOS last year to be more of an experimental distro. Rocky was created by the same person who birthed CentOS into being, Gregory Kurtzer, and Rocky follows the same mission of offering an enterprise-ready version of Linux.

The New Stack was fortunate enough to ask Kurtzer a few questions about his new distribution. For anyone who’s been anxious about what to do, now that CentOS is no longer the platform it once was, grab your favorite beverage and read on.

Give us your take on what happened between CentOS and Red Hat?

I wasn’t involved with CentOS when Red Hat took the project over in 2014, but I believe it happened with a few targeted hires of the CentOS team and it seems like the CentOS rights (website, logo, name, etc.) were given to Red Hat at that point.

Since then, Red Hat has done a fantastic job of stabilizing and organizing CentOS but also changed some of the core tenants of what CentOS set out to do. For example, over time, some of the development packages have been removed from CentOS and hidden from the community, which really was some of the first indications that things were changing.

In December of 2020, it was announced that CentOS 8 EOL (End of Life) had been accelerated to the end of 2021 and will be replaced with CentOS Stream, which is no longer a clone of Enterprise Linux, but rather will be a testing ground for Red Hat Enterprise Linux.

This is where history repeats itself. Back in 2004, Red Hat did the same thing by EOL’ing all versions of “Red Hat Linux” and forced users to Red Hat Enterprise Linux.

Linux is a community endeavor, and it is freely available. There are thousands of separate projects that are all built together in a Linux distribution, but the distribution is simply the culmination of these packages. While there is value in assembling it, it is still comprised exclusively of freely available software. For that reason, there always needs to be freely available options that are not controlled by corporate needs to ensure proper mitigation of inherent conflicts of interest.

What are the biggest challenges you’re facing with Rocky Linux?

The first challenge really has to do with building a foundational community that is inclusive and focused on supporting enterprise while removing the risk of a repeat of what happened with CentOS.

For example, rebuilding RHEL is not difficult. If that was our first priority, we would have been done earlier this month. But instead, our first priority is building the community, the infrastructure, and the trust that Rocky Linux will always remain stable, open, collaborative, and secure.

The second challenge is the velocity of contributors. Don’t get me wrong, we love the support, and we are working feverishly to ensure that everyone who wants to take part has a role, but this is a management exercise at this point and something we are learning to deal with very quickly. To demonstrate the scope of this, in about one month, we had 10,000 people join the HPCng Slack (the first home to the Rocky community), but we’ve had to move off of Slack because the free tier of Slack only keeps the most recent 10,000 messages, which basically means message retention only lasted for a few days. We could not afford to pay for Slack (not even discounted), so instead, we’ve moved over to Mattermost and now we have a bridge to IRC. I digress to explain how big this community grew in a very short amount of time, and the management of the teams has proven to be a fun challenge with a great group of people.

Will there be any differences between Rocky Linux and CentOS?

Technically, the goal is very few. The transition should be completely seamless because both projects are completely compatible. But behind the scenes, there is a massive amount of differences.

For example, the build infrastructure that I mentioned previously. CentOS was built mostly by hand on resources owned by individual developers. The development team was always very small because of the need to keep the RPM signing keys secret. That created a culture where it was always about a small number of core people and everyone else were “outsiders.”

Rocky is very different. Right from the start, we are investing in the infrastructure such that we can open up the development to a much larger inclusive team. Coupling that with security goals like FIPS puts a lot of emphasis on the architecture of what we are building.

Lastly, Rocky Linux will remain open and we are publishing our bylaws, promises, and community charter. We want to be held accountable by the community to ensure that we are always living up to our promises and goals, and if we are not, we want to be called out for it.

Will support for Rocky Linux be all community-driven, or will there be some form of enterprise/business support?

We have created an entity behind Rocky Linux called “The Rocky Enterprise Software Foundation” (RESF). Our goal is to become an IRS 501(c)(3) organization, and we will be even trying to fast-track that. This means that donations, sponsorships, and investments will all be US tax-deductible (will be working on EU as well) but it also means that we aren’t here to turn a profit. We can not sell services, products, support, etc.

And full disclosure, my company, CIQ just came out of stealth, and we have an infrastructure software stack for performance-critical applications. We will not only be leveraging Rocky for our customer’s success, but we will also be supporting it as part of our stack and a la carte. And I hope other companies do the same!

Just to reiterate, no company, not even my own, will control Rocky Linux, and the RESF will always remain free, operating in the best interest of the enterprise software community.

Will users be able to easily migrate CenOS to Rocky Linux? If so, how will that work?

An existing CentOS 8 system (or RHEL 8) will be able to be migrated with a single DNF command. That’s it.

Will Rocky Linux be supported by major cloud hosting providers, such as Amazon Web Services (AWS), Google Cloud, and Azure?

AWS has publicly announced their partnership and sponsoring with us and we are in discussions with both Google and Azure already. I’m optimistic that all three of the primary US clouds, as well as at least one non-US major cloud hosting platform, will support Rocky as a first-class operating system offering.

There is also discussion with a major hardware vendor offering Rocky Linux SKUs.

How has the start of Rocky Linux differed from the beginnings of CentOS?

The CentOS community grew slowly and the core team was usually only a small handful of people. Rocky Linux was a rocket right from day one. I’ve never, in my entire 20+ career working in open source, ever seen anything like this before. Every day, hundreds of new people are joining and offering to help!

It really is the perfect time to do this. With so many people around the world being locked inside, not able to do very much, this project has provided a fantastic outlet for both creativity, development, (virtual) socialization, and to learn something new with a group of great people.

Consider it like a perpetual party going on and everyone is invited!

How can developers participate with Rocky Linux?

Join our Mattermost instance, search for channels that are interesting for you, or suggest some new channels or interests (SIGs), and join in the conversations. We also have forums, a contributors form, and more. All of that can be found linked from our homepage. There are lots of opportunities available and teams that are still developing, so come join the party!