CenturyLink: A Leader Among Telcos, Facing Giants in the Cloud 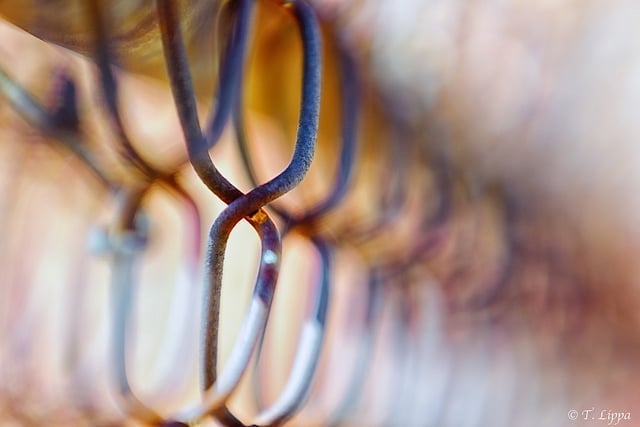 The news of an executive shake-up at CenturyLink Cloud has put some attention on the challenges of a telco being a cloud services company. Can even a progressive telco compete againsts the likes of Amazon Web Services (AWS) and Microsoft?

CenturyLink is an example of a telco trying to embrace the new stack for its customers. The company’s move into cloud services comes mostly from its acquisitions. When CenturyLink acquired Tier3 in 2013, it inherited Iron Foundry, a platform for dropping components into a Cloud Foundry environment. Jared Wray, Tier3’s co-founder, is now CenturyLink Cloud’s chief technology officer. Before Tier3, CenturyLink acquired AppFog, a PaaS provider. It bought Savvis, a managed hosting provider in 2011 and more recently, Cognilytics, an analytics technology provider and DataGardens, a disaster recovery software company.

It opened a 30,000-square-foot cloud development center in Seattle last October. Just recently, the Monroe, Louisiana-based company teamed up with IBM and the state of Louisiana to develop a new Applications Development and Innovation Center in its home state.

Though it reported “record growth” in colocation revenue, its cloud and hosting business still represents a tiny portion of its $18 billion business. Still, Gartner’s infrastructure as a service Magic Quadrant named the company a “visionary.”

“We need to transform from a telephone company to an IT-based services company,” CenturyLink CTO Aamir Hussain recently stated.

His reorganization of the legacy telco, though, includes the departure of SVP of cloud and technology Andrew Higginbotham.

The hyper-scale cloud vendors (AWS, Microsoft, Google) have massive data center operations with large footprints in multiple regions and countries, and make huge investments in them because they are fundamental to their core businesses, points out John Dinsdale, chief analyst and managing director of Synergy Research Group.

Meanwhile, the telcos are late to the game, don’t have the same legions of engineers, the data center footprint nor the big bucks to invest in them as the major players, according to Charles Fitzgerald, managing director of Seattle consultancy Platformonomics.

Dinsdale sees CenturyLink, which reports it has 58 data centers globally, as having the best chance among the telcos for making cloud services an attractive business unit.

Fitzgerald also has pegged CenturyLink’s cloud offerings among the best of the telcos, but adds, “that’s really damn faint praise.” He calls the telcos’ cloud efforts “a disaster across the board.”

He ranks all the also-rans — including HP and IBM — in the category of “delusional.”

“[These companies say] they’re going to find a niche. The question is: What’s their niche?”

He says one theory is that CenturyLink is pushing hard on the cloud side in hopes of being acquired by AT&T or Verizon.

One of the real battlegrounds, he says, is on the network side where Microsoft and Google own their networks and Amazon doesn’t.

“If you’re a telco and you have this big fiber network, this could be a big advantage. The problem is if you’re not competitive, in terms of having the 250,000-square-foot data center that can be seen from space that’s got a million servers in it,” he said.

Lucas Carlson, founder of AppFog and now CenturyLink’s chief innovation officer, says the company doesn’t see itself competing against the Amazons of the cloud world.

“We’re not necessarily trying to race to the bottom — a lot of big cloud competitors are trying to cut prices all the time in this big race. Our mission is more centered around helping businesses adopt practices, and that, to us, means more than just cloud. It means colo and infrastructure, network … We’re looking at cloud as what it means in regard to all of your technology infrastructure needs,” he said.

“We have significant business in managed services, colo and data centers. We own a network, so we have a massive amount of fiber and ethernet connectivity. We really provide a full service.

“You can’t go to some of the big public cloud providers and say, ‘I’m also going to need some colo facilities that are hooked up, and I need the network to be in the same subnet as my cloud offering, and I need some managed services that can work in the cloud and my dedicated environment.’ That kind of one-stop shop is not what the big cloud the big cloud providers are there for,” he explains of their public cloud, self-service-only offerings.

Since selling his company to CenturyLink, he says he’s been working on fostering a developer community around Docker. Last fall CenturyLink released Panamax, which lets developers combine Linux containers like Legos and deploy them anywhere.

“Developers really are the end consumers of the cloud. If we’re not making products that developers enjoy using, then we’re not doing our job,” he said, adding that with the acquisition of Tier 3, CenturyLink’s entire cloud platform is API driven.

Database as a service company Orchestrate recently become a partner in CenturyLink’s Blueprints marketplace. Blueprints is an orchestration platform that automates the design and deployment of complex environments and applications and allows them to be saved as templates.

The partnership also gives Orchestrate access to marketing and sales support from CenturyLink and exposure to its global network of enterprise customers. Other Blueprints partners include Cloudera, DataStax and FoundationDB.

Those who set up an account in Orchestrate’s Blueprints gain access to a demo using MarvelousDB, an app involving Marvel comic characters.

CEO Antony Falco describes it as a chance to “test drive” a cloud.

“Working with their architect team, we came up with the idea to provide end-to-end experience of pulling an application off GitHub, deploying it to their cloud, setting up the database and being able to modify the query to look into the guts of it,” he said.

“It provides an end-to-end experience of the CenturyLink cloud in a way that you really don’t see. There is no ‘Hello World’ experience that touches databases, deployment, security, provisioning. This was an opportunity to do that with an admittedly attractive UI and topic area.”

Jon Roskill, CEO of software as a service ERP vendor Acumatica, says there are advantages for customers who choose CenturyLink. When he became CEO about a year ago, the company was using eight different cloud vendors. He’s consolidated it down to two: AWS for public cloud services and CenturyLink for private cloud. He cited the network and security for choosing to add CenturyLink, though AWS remains less expensive for public cloud.

“We have some multi-national customers, and some countries require that data be stored within that country. German data must remain in Germany. CenturyLink can guarantee that,” he said, explaining that some major vendors practice load balancing, which leaves them unable to say for sure where your data is.

And CenturyLink can build out private services on its network for customers who don’t want their data on the public Internet, he said.

Companies that are just getting started with cloud can use any vendor, Lucas says, because they offer similar features.

“When you’re dealing with thousands or tens of thousands of virtual machines, you need something that can offer more than just public cloud. We can offer more,” he said. “Data centers and colo are not going away. When our customers see we can provide the traditional IT stuff side-by-side with the modern cloud stuff, that’s where we stand out … We understand both sides and we tie it all together with our network.”

Susan Hall is the Sponsor Editor for The New Stack. Her job is to help sponsors attain the widest readership possible for their contributed content. She has written for The New Stack since its early days, as well as sites...
Read more from Susan Hall
SHARE THIS STORY
RELATED STORIES
State of the API: Monetizing API Deployment Is on the Rise Entrepreneurship for Engineers: Avoiding Feature Bloat Boost Customer Engagement with Real-Time Data How New Sony AI Chip Turns Video into Real-Time Retail Data Poisoned Lolip0p PyPI Packages
TNS owner Insight Partners is an investor in: Docker.
SHARE THIS STORY
RELATED STORIES
OpenSSF Aimed to Stem Open Source Security Problems in 2022 Entrepreneurship for Engineers: Avoiding Feature Bloat Poisoned Lolip0p PyPI Packages Azure Went Dark Google Brings Rust into Chromium Project
THE NEW STACK UPDATE A newsletter digest of the week’s most important stories & analyses.
The New stack does not sell your information or share it with unaffiliated third parties. By continuing, you agree to our Terms of Use and Privacy Policy.