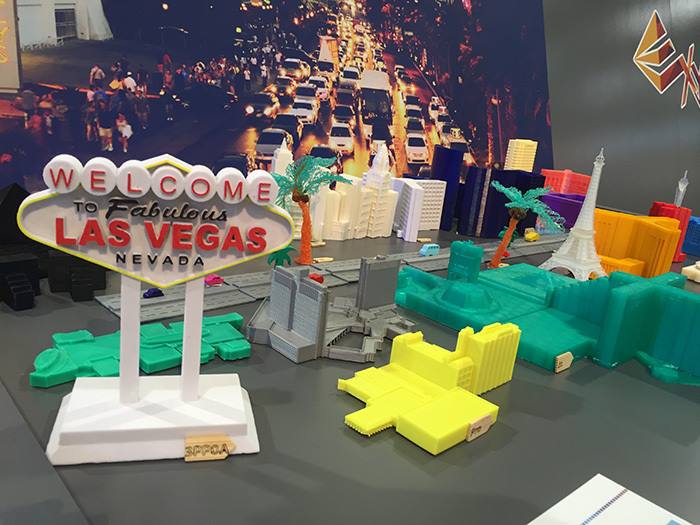 The buzzword at this year’s annual Consumer Electronics Show (CES) is smart: Smart cars, smart drones, smart shirts, smart TVs, smart home monitoring, smart cameras,  smart pregnancy tests, and smarter home appliances. After all, who wants a dumb refrigerator when you can buy one that lets you check in from the store to see if you need milk or beer?

Thirty-six hundred companies exhibiting in more than 2.4 million square feet provides a lot of space for innovation. While a lot of the merchandise on display in Las Vegas this week are current products amped up — to be thinner, faster, lighter, wearable, to have bigger screens, more pixels, and better sound — though other new products promise to make the future a lot more interesting. Here’s a roundup of just a few of the more off-beat contributions.

The best use of Big Data comes from IBM, which is leveraging Watson’s services to connect with consumer products in the wearable health arena. Ginni Rometti , CEO at IMB said that Watson (who made its AI debut on Jeopardy in 2011) is needed to analyze the floods of data generated by all the smart devices on display at CES. 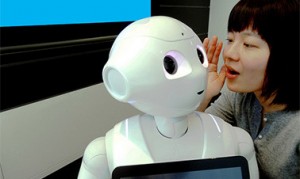 “Going digital is not a destination, it’s a foundation,” she said. “What will differentiate you is understanding all that data.”

Partnerships between Watson and medical device maker Medtronic and Under Armour (known for sportswear but now adding fitness gadgets) will move IMB into the wearable health device market, focusing on fitness and diabetes management.

Have you been waiting for the future you saw as a kid? It’s closer than you think:

Rémy Bonnasse developed DietSensor,  a massive database of food components, allowing him to manage his daughter’s type 1 diabetes. The corresponding app helps measure daily food intake, making recommendations about what to eat — and not to eat— throughout the day, based on your particular health profile.

According to CNN Money, “DietSensor really becomes impressive when it’s paired with Consumer Physics’ $249 pocket-sized “Scio” infrared scanner and a Bluetooth-connected scale. Put your plate on the scale, and hold the scanner to each food item on your plate. The scanner instantly measures how much fat, protein and carbohydrates are in your food, and the connected app figures out how much of each component you consume as you eat, in real time, as it leaves the scale (and enters your mouth).”

Everything Old is New Again

In addition to the many wearables at the show that track you jumping, lifting, stepping, there are a couple of note. The real-time translation necklace iLi speaks translations of whatever you say into it. The first model will support Japanese, English, and Chinese languages, with future iterations to include more. Not sure if this will make you look more or less stupid than searching through a dictionary.

Also, a patch for infants to monitor their temperature while sick from TempTraq that alerts you if your child’s temperature rises to dangerous levels.

Polaroid has been able to tap into Gen Xers’ nostalgia and updating its famous instant film cameras for the digital world, but the company also licenses its brand to a host of manufacturers, which make everything from Polaroid ear buds to Polaroid turntables. Polaroid’s take on the turntable will transfer your records into digital music and connect to your phone via Bluetooth.

Also, mining nostalgia is Eastman Kodak, which announced a revival of the classic Super 8 film camera launched 50 years ago in 1965. 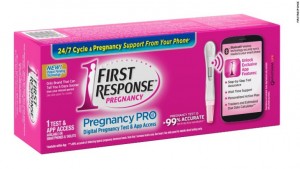 On the adult side, Fiera Arouser for Her is part of the new trend of sex toys for women called suction oral sex stimulators. It’s aimed at stimulating blood flow to the genitals, to help women suffering from low libido get in the mood before having sex.

Folks who pick up this technology might also be interested in a Bluetooth-connected pregnancy test from FirstResponse, or a bracelet from ReliefBand that claims to reduce morning sickness in pregnant women by sending “gentle pulses” into the wearer’s wrist.

With all this smart technology, it’s unclear whether we are getting smarter, or just the robots.

The New Stack is a wholly owned subsidiary of Insight Partners, an investor in the following companies mentioned in this article: Indiegogo.