CES 2017: Buddy the Bot and Other Cool Electronics from the Show Floor 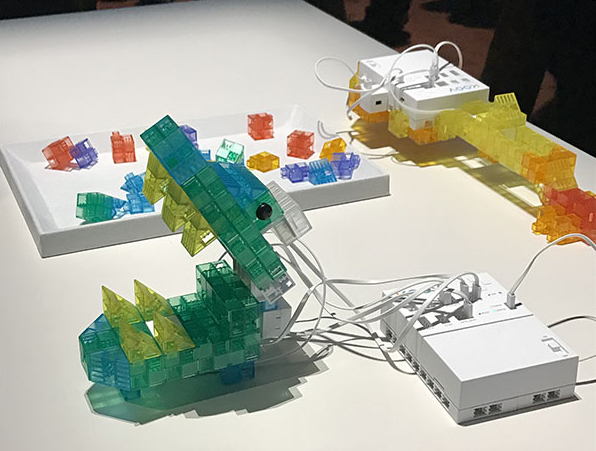 The buzz word for the 2017 Consumer Electronics Show (CES) in Las Vegas the show is “Next Generation.” This means there is a lot of advancing existing technology and devices, and maybe less in the way of crazy new inventions.

Not to say that there’s not a lot of cool stuff. Among the 35 CES’ Innovation award winners this year were some really useful devices:

Although these next three products also fall into the category of Next Gen, they are too cool to pass up: Kingston launched a 2T USB is here. Two friggin terabytes! The mind boggles.

Qualcomm’s 835 chipset, Snapdragon, is the first-ever 10nm chipset and it will be in security cameras, mobile PCs and even Windows 10 devices, in addition to Android handsets thanks to a whole new class of sensors. In addition to having a handset that doesn’t slow down over time, you’re going to get a VR-capable phone that’s ready to dive into more 3D graphics and even augmented reality.

You can now have a drone-eye view, thanks to Parrot who demoed Disco, fixed-wing, auto-pilot drone with Parrot Cockpitglasses, the new first-person view (FPV) headset that allows you to see what the drone is seeing, making you feel like you’re on board.

Many of the new technologies build on established product lines. Sure, you’ve never seen Samsung’s 65-inch Q9 TV that’s thin as wallpaper before, but that and the other TVs that bigger, thinner, and have higher resolution are just steps in the path already laid. Cool steps, but nothing wildly creative.

Also TL:DR: Laptops are thinner, lighter, with more power, more memory. Just like last year and the year before. Cameras are lighter with higher resolution and easier connectivity.

Wearable tech in the form of shoes, watches and rings are less obtrusive and more connected for track and record your every move.

Virtual Reality and Gaming Were Out in Force 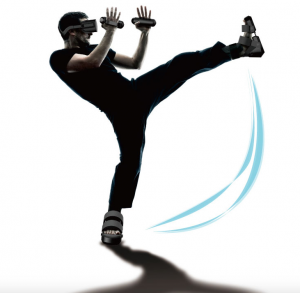 In the realm where wearable tech meets virtual gaming is Taclim Virtual Reality gaming shoes. Put these on and you can feel your feet connect when you kick the monster with your real world legs. And you can feel it kicking back.

Smart devices for your home are what’s new this year. Now hair brushes, mirrors, and even toothbrushes are tapping into machine learning technology to get you through your day.

The Sleep Number 360 Smart Bed, a CES Innovation winner, includes machine learning so the mattress automatically adjusts the bed throughout the night to stop snoring or warm up your feet.

Also at CES this year, an LG Smart InstaView Door-in-Door refrigerator, complete with built-in touchscreen, a camera inside of your fridge that you can access through a smartphone and runs on customized webOS software. The doors can also turn transparent, allowing hungry snackers to peer inside without letting the cool air out.

There are desktop bots shaped like eggs and ovals and bots for kids, such as the Mattel Aristotle, which is tweaked with AI to manage the ‘challenging’ pronunciation of kid’s speech.

But the home assistance/butler bots bring personality to the bot game.

Mayfield Robotics has Kuri, is a step towards a real-life Rosie from the Jetsons. Its mobile butler bot has a “cheerful personality,” “expressive eyes” and “friendly disposition.”

LG also has a robot, called Hub, but it looks like an Echo that can follow you around, perhaps because LG has partnered with Amazon to connect more of your house to the internet using AI technology. 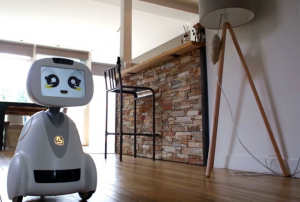 Perhaps the most intriguing bot is Buddy, from Blue Frog Robotics. Buddy will wake you up, keep you on track for appointments, interact with all your IoT devices (turn on and off lights, regulate thermostats, play your favorite music playlists, etc.). It will tool around your house while you’re gone to check that everything is OK. It will take and send photos. You can connect to Buddy through your smartphone to tell it to make sure you turned off the stove.

The video shows a short bot with a display screen showing big eyes and an expressive mouth. It blinks and looks confused when the kid throws a towel over it. The video also depicts Buddy as one of the family, with the mom kissing it along with her two daughters. One step too far, marketing people. One step too far.

The one piece of tech I least want to see? The talking mirror from HiMirror. It scans your face, looking for wrinkles, red spots, pores, fine lines, and brightness levels and will alert you to new wrinkles, make comments on your makeup and take you to YouTube videos. I would throw a shoe through this within a week.