Mentoring Is a Key to Broadening IT Diversity 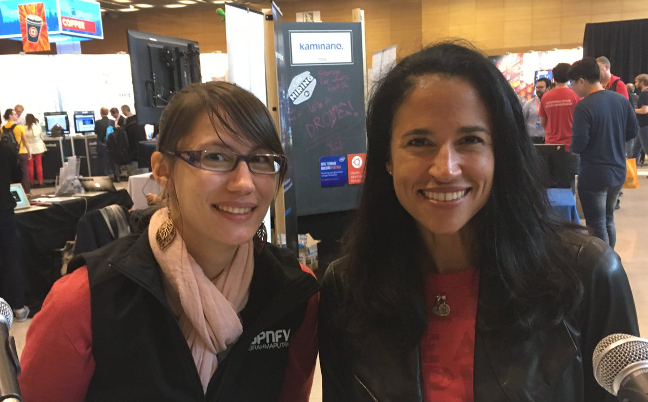 In today’s episode of The New Stack Makers podcast, we hear from two of the women helping companies to succeed in increasing their diversity, HPE Developer Advocate and Community Architect Lisa-Marie Namphy and OpenStack Ecosystem Technical Lead Ildiko Vancsa. Vancsa and Namphy joined TNS founder Alex Williams at OpenStack Summit Barcelona to explore how the challenge of creating more diverse and open communities.

Changing the Culture of OpenStack Through Increasing Diversity

While diversity within the industry is still at a low point, the OpenStack community has seen growth over the years. Bitergia’s Daniel Izquierdo reported that women represented only 10.5 percent of the OpenStack population in 2011, though 2015 saw a slight increase up to 11.

The solution to the ongoing issue of diversity is not entirely a pipeline problem, Nampy explained. In particular, it is a problem with the culture of OpenStack and tech overall. “Culture is a big thing. The conversations happening in IRC that are happening are quite frankly not pleasant if you’re a woman. It’s quite male dominated, and conversations can be quite reflective of that. People forget that there are women in the meeting as well. That’s one thing I would like to see cleaned up a bit is the culture.”

At a foundational level, OpenStack focuses on mentoring and community building as its pillars to success in the hopes of fostering diversity in the community. “We are supporting the Women of OpenStack group, and also travel and mentoring programs. We’re trying to focus more on to opening the door and giving support to women who would like to join, and those women who are working on making this environment more pleasant for women. Within the last two days we had women on stage for almost all technical demonstrations this time, which is pretty amazing,” said Vancsa.

As the interview drew to a close, Namphy restated the fact that mentoring is a key factor in not only increasing diversity, but retaining talented women within the OpenStack community. “In a lot of cases, it’s that access, and that comfort level. If you walk in a room and nobody looks like you and the conversation has nothing to do with you, and in fact it’s quite offensive, you’re going to walk out of the room. Women were coming and not staying, same with IRC. So how do you retain? You make that connection. It’s just that foot in the door kind of thing.”