How Chaos Engineering Can Bring Stability to Your Distributed Systems 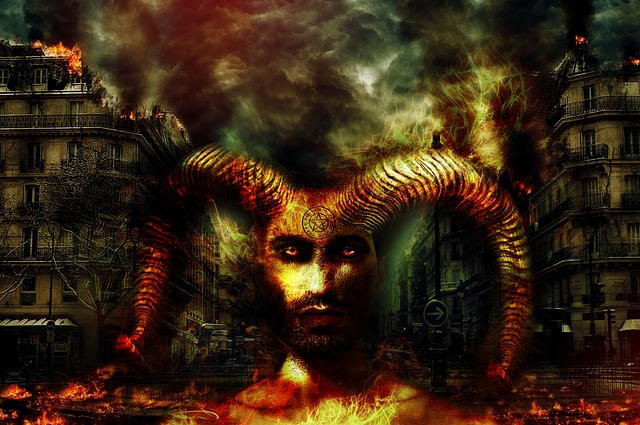 To prepare for this article, I asked a bunch of my engineering and agile coaching friends and colleagues if they deploy the emerging practice of chaos engineering. I got a lot of the same response — “Of course, every day.” or “Haha that’s my life.” But they were more joking about how they try to herd cats or practice their own form of rogue coding.

Certainly, every IT manager grumbles when trouble plagues their operations. But streaming service Netflix actually courted such havoc, all in order to make their system stronger. Engineers for the streaming service gave a name to this practice, chaos engineering, which they defined as “the discipline of experimenting on a distributed system in order to build confidence in the system’s capability to withstand turbulent conditions in production.”

Or, if you are Alexei Ledenev, chief of research at Codefresh, chaos engineering is all about recognizing and managing the complexity of both systems and people. At this year’s Container Camp he spoke about how over the lifetime of a project, different trends in architecture, various integrations, and constantly updating external services and APIs, combine with evolving teams to make your story very complex.

“Building software that unintentionally becomes complex is easy, but it is hard to maintain complex software,” Ledenev said.

Chaos engineering was introduced and dubbed by Netflix architects as they were building out their infrastructure on Amazon Web Services. Their version of preparing for failure by embracing the chaos as:

Then, in very unchaotic, methodical fashion, you throw the kitchen sink at your code. Except it’s not the kitchen sink, but rather specifically testing your systems up against the risks and flaws most pertinent to it.

Once you follow these three axioms, you can then learn not only about your system but what makes them stumble and stall. Ledenev says this can involve randomly injecting pseudo faults, like terminating virtual machines, killing containers, and changing networks.

“Try to discover weaknesses or deviation from the norm,” he said.

In chaos engineering, as you try to achieve stability at scale, you experiment following these four steps:

“The harder it is to disrupt the steady state, the more confidence we have in the behavior of the system. If a weakness is uncovered, we now have a target for improvement before that behavior manifests in the system at large,” the Website Principles of Chaos Engineering states.

Just remember, every variable you throw at your code should be reflecting real-world events. This usually will be what has happened to your code already, but sometimes can be from experiences you’ve heard from other, similar, distributed systems.

Then you prioritize those events by either frequency and/or magnitude of that failure occurring. And don’t just consider fault in your code, but also hardware failures, servers dying, and security issues.

One final rule of chaos engineering is that you have to run these experiments in production to know truly how they will react, dependent on your environment and traffic patterns, something that you can’t mimic as well in a staging area.

Tools and Animals to Help You Create Controlled Chaos Testing

Then it’s about automating the wrenches you are throwing at your technology. Sure you can run manual tests to set up your chaos testing, but, in order for it to be successful, you need to create automated testing so you can not only continually test for the known cases, but to also spare time to identify new cases which may not be as big of an impact, but can help improve the performance and stability of your systems.

Of course, there are tools that help you throw risks and flaws at your systems. And they all seem to be named after animals. First, Netflix created Chaos Monkey, a resiliency tool that pseudo-randomly slaughters its AWS virtual machines. This has evolved into a whole Simian Army, a suite of open-source tools to, well, throw poop at your applications and network systems.

Ledenev was searching for a “Chaos Monkey for Docker,” but couldn’t find anything specific to Docker or container clusters. So he created one. Pumba is a chaos testing warthog (remember Lion King?) for Docker. He found that as a best practice for chaos testing that it is possible to define a repeatable time interludes and duration parameters to better control the chaos. With this, he built Pumba to distribute to a single Docker host, a Swarm cluster, or a Kubernetes cluster. It can do things like:

Now, it may seem random to give so many examples from one small open source testing tool, but this is what gets to the crux of chaos testing. It’s about knowing your product well enough to know what makes it most often fail. These are ways that containers often fail.

Jennifer Riggins is a culture side of tech storyteller, journalist, writer, and event and podcast host, helping to share the stories where culture and technology collide and to translate the impact of the tech we are building. She has been...
Read more from Jennifer Riggins
SHARE THIS STORY
RELATED STORIES
Data, Analytics and AI: What Will Happen in 2023 .NET 7 Simplifies Route from Code to Cloud for Developers The Next Evolution of Virtualization Infrastructure How to Implement a Security Scanner for Docker Images Top 5 Considerations for Better Security in Your CI/CD Pipeline
TNS owner Insight Partners is an investor in: Docker.
SHARE THIS STORY
RELATED STORIES
Container Security: A Troubling Tale, but Hope on the Horizon Can Observability Platforms Prevail over Legacy APM? Swarm, a User-Friendly Alternative to Kubernetes Application Storage Is Complex. Can Automation Simplify It? What Is the Docker .env File and How Do You Use It?
THE NEW STACK UPDATE A newsletter digest of the week’s most important stories & analyses.
The New stack does not sell your information or share it with unaffiliated third parties. By continuing, you agree to our Terms of Use and Privacy Policy.