How do IT professionals cope when working at home with the kids.
Apr 1st, 2020 8:20am by Jennifer Riggins 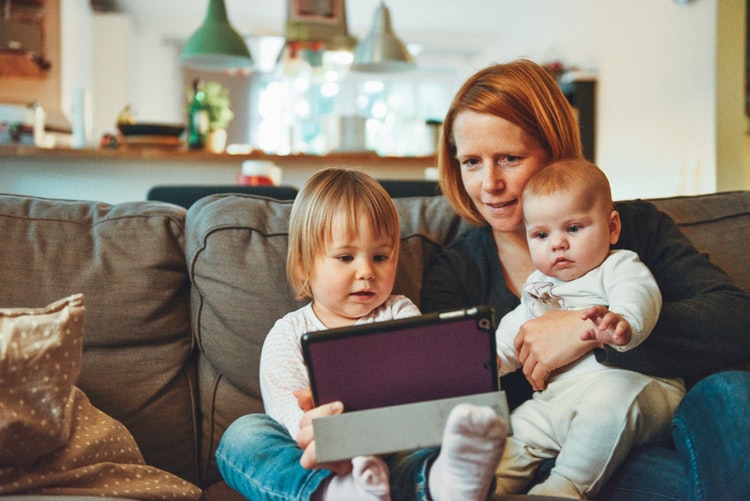 If your organization isn’t remote-first from the start, going remote takes careful consideration and planning. But the potentially billions of people in the last month who were given a few hours’ or a few days’ notice to relocate to home offices weren’t given this option.

Learning this new way of working is enough of a challenge. But then daycare and schools closed indefinitely and suddenly we are working from home with kids (Or caring for elderly or at-risk family members). In places like the U.K., kids as young as six are being assigned schoolwork that needs to be returned the same day.

This presents a fresh set of challenges at even the most emblematic remote-first companies. And to top it all off, we are all sharing in a collective trauma and loss that few of us has begun to process and understand.

This article relies on the stories of members of the tech community. It doesn’t pretend to have all the answers. We’re all just living one day at a time. But we hope that it helps make carers in tech feel not alone, and, just maybe it reminds managers to rethink what actually needs to be a meeting and what really could’ve just been an email after all.

The Constant Guilt of Working from Home with Kids

Suddenly all three shifts are running in constant parallel. And carers of all genders are struggling to adjust.

Maureen McElaney has been working from home as a developer advocate at IBM for the past four years. The only thing that changed about her job is this year’s work travel has been canceled. That and daycare closing. Her husband stopped working so that he could be the main carer of their two-and-a-half-year-old, but McElaney’s day is still suddenly filled with distractions. 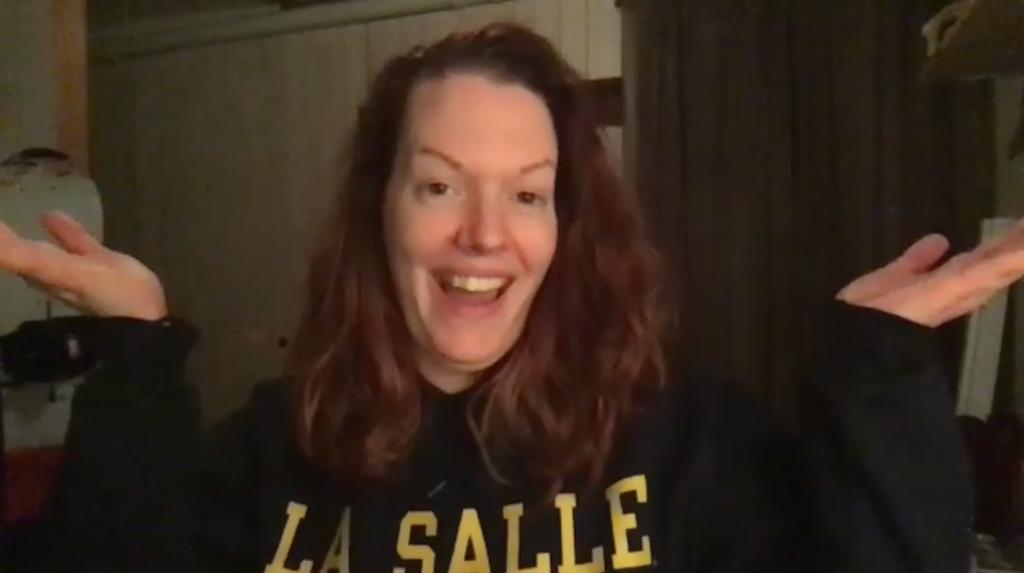 “Either she is banging on the door of my office trying to come see me, or screaming at the top of her lungs and running around,” McElaney says of her daughter.

“Not only is it hard to hear people on conference calls but I just feel like my mom brain just can’t turn off all day. I’m constantly wondering if my partner needs my help, if he’s overwhelmed, if my daughter needs me,” she continued.

She is using headphones a lot more and playing white noise, but these are like bandaids.

“There are definitely times I avoid going to the bathroom because I know my daughter is going to see me and want to start playing and I’m just not going to be able to get back to the work thing I’m trying to finish.” — Maureen McElaney, IBM

McElaney’s developer advocate role has always had a pretty flexible schedule, where eight hours could be done across a broader timeframe. Now she’s lucky if she can get six hours in. She scoffs at people who suggest working after toddler bedtime, since by then she’s also wiped out.

She says her boss has been forthright that he doesn’t expect her to have the same output or make it to every meeting. But the pressure on herself to over-deliver in these uncertain times is pervasive. And, since her husband had to put a pause on his own business venture, she is the sole provider. Plus, she is constantly anxious that she isn’t there enough for her child or husband.

“It’s a vicious cycle. Worry about my family, do less work so I can be there for them, then worry about work, throw myself into that. But my brain can’t handle all that at once,” McElaney said.

She continued that she wishes her employer would just say something like: “‘You are only expected to work x hours right now’ or ‘Take off early on Friday’ or something. Then I wouldn’t feel as bad about not getting as much done.”

Expect 50%. Constant Distractions Make It Impossible to Do More.

Obviously kids are home during the summer right? For Johnson, he finds safe haven in local coffee shops, which is not an option at this time of social isolation. Instead, he says, during work hours, he’s “locked” in their Milton Keynes living room-slash-office outside of London. After he learned that QCon London, which he spoke at in early March, had a couple of cases of COVID-19, he found himself locked in that room 24/7, until two weeks of no symptoms.

Johnston said, “Our kids needed to see what isolation means.” 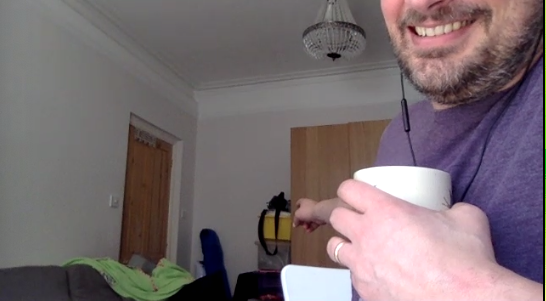 He said it’s incredibly hard to work with the constant interruptions from his five kids aged 19, 17, 9, 8 and 6. Particularly his youngest wants to see her daddy and watch TV in his “office.” Plus all of them are expected to do schoolwork.

“I can’t leave the house and be somewhere else and I’m not allowed to anyway. My interactions are with everyone — six people who are also frustrated, annoyed, stir crazy. They are struggling to deal with the emotional and mental load of having to work out what to do as well,” Johnston said.

“Also if Disney+ doesn’t set up properly, I’m the only one that can do it. Or the computer doesn’t [work] or I have to print something for homework.”

There’s an incredible strain on his mental processes which are constantly changing context while the deadline looms for his research paper on the tech, climate and business impacts of climate change, which he’s writing for the Leading Edge Forum.

“And then the little things — that happen after school or on the weekends and the things that fit around your work day — happen in the middle of it, so you can’t have two hours, you can have chunks of 15 and 20 minutes. And that interruption is constant,” Johnston said.

He says that Leading Edge is super supportive of the deadline slipping a bit. He thinks he is actually more worried about it than they are.

Johnston is just worried in general. Echoing just about every company and consultancy right now, he worries if his business is going to survive the next six months. He says with this level of stress, at this time, priorities become binary — 100% or nil.

“Managers need to hear that we are not in a world where business as usual is really important. We’re in a world where obviously people will keep doing their jobs, but no one moving from the office to home is going to keep the same level of productivity especially when there are kids at home.” — Paul Johnston, Roundabout Labs

This mom has been unable to work from home without distraction from her 2 & 8 yo boys who keep walking into her remote conf. The struggle is real with WFH parents right now. (Read the caption.) pic.twitter.com/xbNicAqJDD

Dawn Parzych, developer advocate at LaunchDarkly, has been working mostly remotely for a decade. Based in Seattle, she has spent more than a month now working from home with her 11-year-old son and her spouse who also works in tech.

They have created a sort of commune with other neighborhood families. At the early signs of the pandemic coming to Washington state, they all sat down and discussed the risks to both their health — no one has pre-existing conditions — and to maintaining personal sanity and getting work done. As a group, they chose to social distance together — fewer people go out to buy smaller important food purchases, their kids play together and the like.

On weekdays, each parent in this mini-collective takes a turn bringing all the similarly aged kids together for two hours to be taught something — cooking, art lessons, science experiments.

Everyone, including the kids, are practicing social distancing from others, but they acknowledge that if one gets this coronavirus, the rest may. 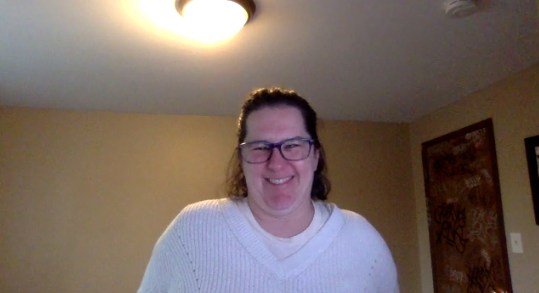 From there, Parzych and her husband figured out a split-shift schedule, with breaks and family time built in.

At the time of the interview, her company LaunchDarkly had just gone from ten percent to 100 percent remote. Parzych wrote a piece about 17 ways to set yourself up for success while working remotely.

“But this also isn’t normal remote work because I also have my spouse and my child,” which Parzych said LaunchDarkly acknowledged from the start.

With all this planning in mind, Parzych said that, while she and her husband were each working eight to nine hours a day before, they are getting in about six each now.

Parzych is also trying to incorporate her son into her day-to-day work. They both participated in a developer advocate working-from-home podcast in a surprising way (check out minute seven). And then following his request “I want to be you,” her son took over her Twitter for the day March 26.

“It’s working so far and it might all change next week but for now this is what we’re doing,” Parzych said.

She said she’s also having a busier social life now. It went from afternoons taking her son to basketball practice, to virtual happy hours, birthdays and family gatherings. Similarly, her team has more intentional social calls.

“If all you’re doing is getting up and getting dressed and making sure everyone is fed for the day, that’s great. That’s successful. We need to reset expectations on what needs to be done and what is necessary and nice to have.” — Dawn Parzych, LaunchDarkly

“If the two-year-old was being ratty, we’d switch to another activity or have ‘backlog’ items ready to swap in. Then at the end of each day we’d look back over what four-year-old had learned and if she wanted to repeat anything or show off her work — ‘demo’ — to her dad,” Cork said.

She says she started off with a “this is what we’re doing” type of stricter schedule, but said it was just miserable all around. Cork believes this family agility works better because her daughter feels involved and informed.

Ms 7 wanted to join a meeting and the meeting owner said sure, if she brought an agenda. So she came back with this.

It's fairly universal. Feel free to use it for your own meetings. pic.twitter.com/XuIkBgF0Dy

Author’s Note: At The New Stack we want to hear your triumphs and tribulations, balancing working and caring from home. Please do add your voice in the comments below.