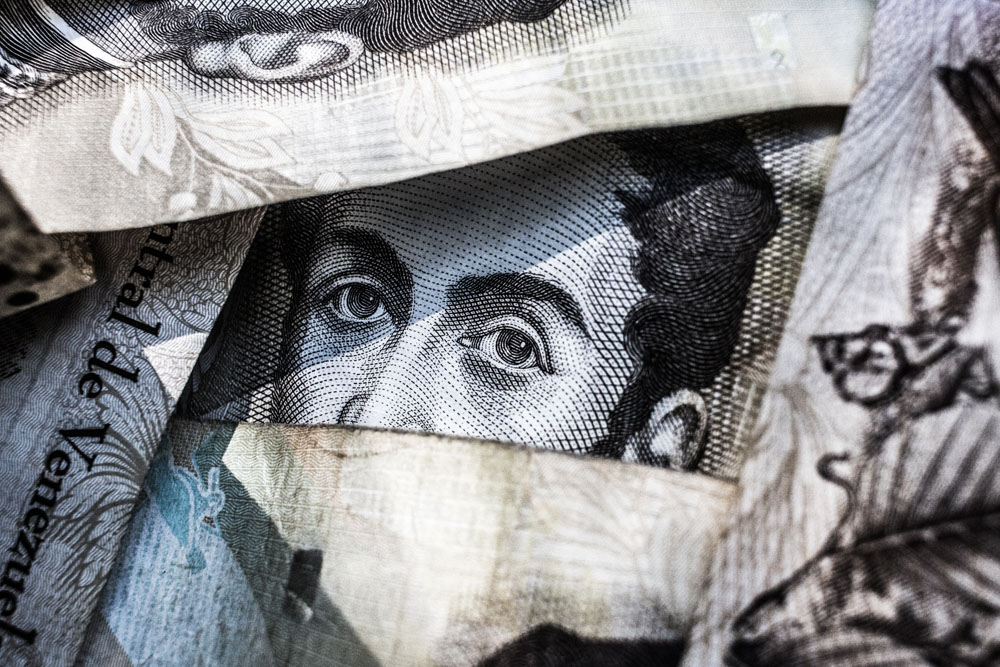 The current hype around cryptocurrencies like Bitcoin has drawn a lot of attention to some of the challenges and issues surrounding these decentralized, digital assets. From their volatility to their growing environmental footprint from the process of “mining,” to fraud and theft, and their misuse in illegal activities like money laundering, it’s clear that cryptocurrencies are not all unicorns and roses.

But some are aiming to use cryptocurrencies for good causes, as an alternative way for people to donate to charity. One such project is Bail Bloc, a new cryptocurrency mining scheme that donates its proceeds toward charities — in this case, the Bronx Freedom Fund — that help pay the bail of low-income folks. The beneficiaries of these crypto-donations are people who might be accused of minor crimes like driving without a license or trespassing, but who stay in jail simply because they cannot afford bail — which can be as low as a couple hundred dollars.

It’s an unfair system that disproportionately punishes those who cannot afford to pay their way out, and the problem is then exacerbated further when poor defendants lose their job or have their children taken away as a result of them languishing in jail, even though they haven’t been convicted. Some may suffer deep psychological trauma for years as a result of their economically caused incarceration, or attempt to commit suicide, or even worse, end up dying in jail.

Bail Bloc hopes to tackle the problem by asking volunteers to donate some of the computing power on their personal computers toward mining Monero, an open-source cryptocurrency. Users can download Bail Bloc’s software, which runs in the background of their computers, mining Monero that is then collected by Bail Bloc, exchanged for bitcoins that are then swapped for US dollars and donated to the Bronx Freedom Fund. So far, since its launch late last year, Bail Bloc has raised about $3,000 from over 1,000 contributors.

“It’s basically totally unobtrusive,” explained Bail Bloc co-creator and activist Grayson Earle on IEEE Spectrum. “The only time you would recognize it is if you were rendering video of Pixar or something. The system impact is roughly equivalent to watching a YouTube video.”

Open Here’s How Cryptocurrency Is Being Used To Fund Prison Reform | CNBC on YouTube.

In launching Bail Bloc, Earle was inspired by [email protected] (Search for Extraterrestrial Intelligence Institute), a similar project that crowdsources massive amounts of computational power in scanning the skies for radio signals indicative of alien intelligence. However, in the case of Bail Bloc, computing power is collectively used to ‘mine’ Moneroj (units of Monero currency), rather than for crunching reams of satellite data.

In the cryptocurrency world, this energy-intensive process of “mining” isn’t the extraction of raw resources in the traditional sense, but refers to users keeping track of the distributed ledger or blockchain, which records all historical transactions. Sometimes specialized hardware with extra computational chops is required, but sometimes not — for instance, Monero can be mined is with widely available and affordable consumer hardware, rather than the costly and energy-gobbling application-specific integrated circuits (ASICs) that Bitcoin mining requires. While not everyone who uses these virtual currencies helps maintain these ledgers, those who do are rewarded with new cryptocoins — hence, the term “mining.”

The relatively low energy consumption of Monero mining was one reason why this cryptocurrency was chosen for the Bail Bloc project. Nevertheless, detractors of the scheme point out that it’s probably more environmentally friendly to donate directly.

Mining cryptocurrency “is a process of literally wasting electricity to decide who gets to mine the next block on a blockchain, and get some cryptocurrency,” wrote author and cryptocurrency historian David Gerard in a blog post about the project. “You run millions of calculations, which are then just thrown away because the only point is to show that you can waste resources faster than everyone else. Nothing whatsoever is achieved by the calculation — everyone is doing a silly maths problem for no reason other than to have something to compete at.”

What is also a bit unnerving is Bail Bloc’s suggestion about what to do if one cannot use one’s own personal computer to aid in mining efforts: “If you’re worried about even a small increase in your electricity bill — we’re talking $1 to $2 — try using Bail Bloc in a place where an institution pays the bills and allows you to run moderate computing tasks (e.g. gaming or watching YouTube videos). For example, at your place of employment, at school, or at a gentrifying coffee shop.”

As Gerard points out, this approach is problematic, as some have been convicted of theft or lost their jobs for doing just this kind of covert mining.

“While you could conceivably argue a moral case for stealing the electricity, there’s the slight problem that they’re recommending you commit a crime — one you can actually go to jail for — to … pay bail for other people arrested on suspicion of crimes,” cautions Gerard.

That assessment is pretty hard to argue with. Nevertheless, there’s little question that the bail system in its current form is broken and in dire need of reform, though it’s not totally clear how this might be done. Could cryptocurrencies still be part of the solution in creating fairer systems of finance and social justice? While it’s too early to say whether projects like Bail Bloc will successfully help tip the scales in favor of the less fortunate, at least the motivations behind the project are generally well-intentioned, even if the execution and methods might need some further development. For more information, visit Bail Bloc.