A look at "Chasing Grace," a multi-part mini-series about the challenges for women in technology.
Oct 17th, 2019 12:00pm by Jennifer Riggins 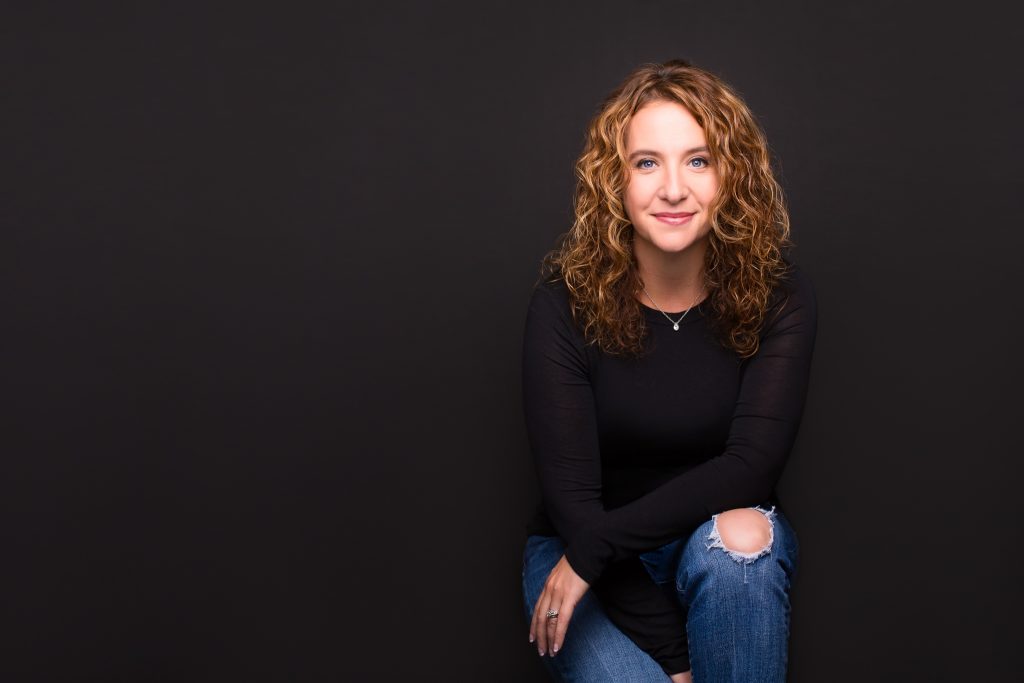 “You’re never going to kill storytelling because it’s built-in the human plan. We come with it,” author Margaret Atwood once wrote. She isn’t wrong. In fact, this may be one way to reach more women in tech.

There’s no doubt there’s a gender gap in the IT industry. According to the U.S. National Center for Women and Information Technology’s 2019 Scorecard, while women comprise more than half of the professional workforce, they have had consistently made up only 25% of computing and mathematical occupations since 2007. This is despite the IT job industry growing 38% in that time.

Also according to NCWIT, women leave tech at a significantly higher rate than men because they feel stalled and isolated.

But like June from Atwood’s “A Handmaid’s Tale,” Jennifer Cloer believes in the power of stories to change the way we — the women in tech — tell our tales.

Cloer said she created the six-part documentary series “Chasing Grace” with the “idea that story is really the only thing that can change culture.”

She pointed out that company culture has been cited as the number one reason women are leaving tech. She wanted to make sure her docuseries allowed for women to tell all sides of the story.

“This is a narrative that is important. There is shit happening in the industry and we don’t need to sugarcoat it or ignore it, but we need to inspire others through sharing their stories of rising above that adversity.” — Jennifer Cloer

“We are chasing the ideals that Grace set for us a long time ago. It’s a nod to the fact that there are fewer women in tech than there were 30 years ago. Chasing back to the future,” Cloer said.

The Stories Changing the Narrative for Women in Technology

You could say this project was sparked in January 2017 while Cloer was leaving the record-breaking women’s march. But it probably really started 20 years ago when she began her career in tech, as a member of the Linux Foundation’s founding team. And one of the only women in open source. It’s just that 2017 felt like a more desperate moment for women.

Cloer made a call for women in tech stories, and filled every Friday with back-to-back conversations. It’s not that all the negative press — like Newsweek’s “What Silicon Valley Thinks of Women” — was wrong. It just didn’t tell the whole story.

Cloer dedicated the first 21-minute episode of this series to pay gaps. It’s important to measure and release this information to see if progress is being made. But the first episode also offers the stories behind the usually grim statistics.

Cloer aims to give “a real account of challenge and adversity and conflict.” These are the women who were dismissed or overlooked for promotion, and they are angry. But these “women rise above these adversities. Almost as if this adversity is their rocket fuel.”

More Than One Barrier to Entry 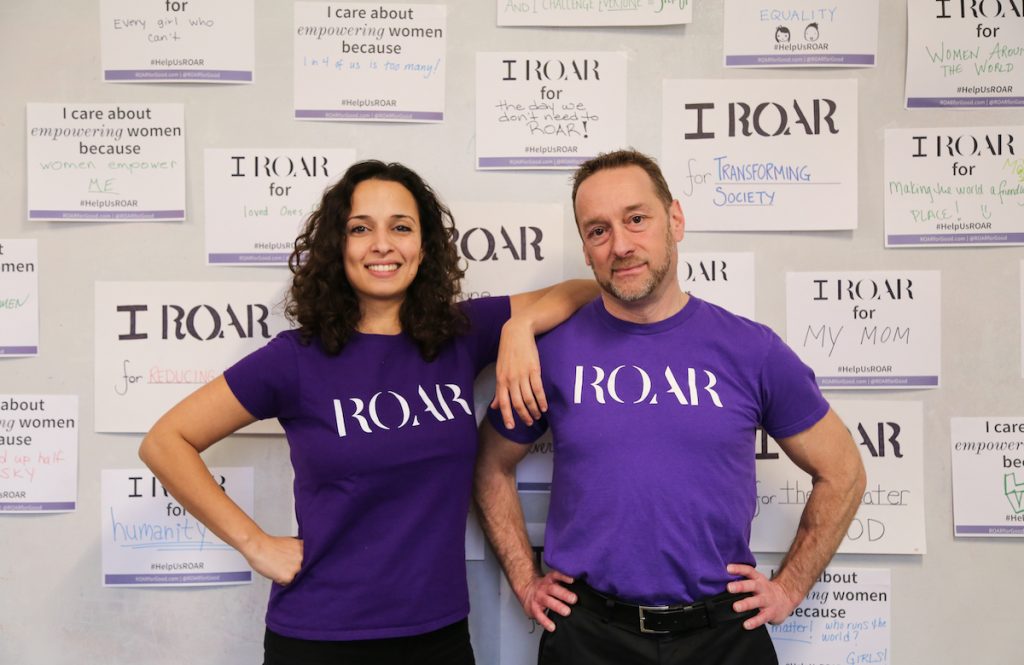 A lot of people contend that if you can’t join them, build it yourself. But for Yasmine Mustafa, the biggest challenge as a female tech founder isn’t building a successful product, but funding its growth. And just being paid attention to.

She is the founder of workplace safety startup Roar for Good, which provides smart panic buttons, first for university students and now AlwaysOn for the “status-less, powerless, voiceless” women cleaning hotels.

“Raising money for a solution that is geared towards women and being in a room of investors that rarely are women has been a recurring challenge for me.” — Yasmine Mustafa, Roar for Good

She continued that “Of course they don’t relate to the problem, and they don’t understand it, and I have to educate them with studies.”

It’s not for lack of demand, as panic buttons for hotel staff are being mandated by more and more governments.

Mustafa even told The New Stack about a recent investment pitch to a social impact fund — a room of ten men and two women. One meeting member, a man, asked if sexual harassment was really that big of a problem. “And when I started to answer him, he started texting.”

As a woman in tech and, especially, because she is building a solution that’s for women, Mustafa says she constantly has to prove her product — “Come back when you have X number of hotels or X revenue.”

She has been funding for this second seed round since March 2019 and hadn’t received the first investment until August.

When asked how she can overcome this massive barrier to entry and find funders, Mustafa says she simply has to work harder, visiting as many investors as possible. It also helped that an investor from her previous seed round decided to lead this one.

And it helped to be honest about her challenges, “going to my community and saying ‘Hey, I’m fundraising and here are the challenges I’m facing. Who can help me?”

Mustafa has been working and community organizing in the Philadelphia tech community since 2006, including founding a non-profit to teach women how to code because “I was not finding safe spaces where I could learn to do it.”

These communities — including Philly Startup Leaders, IC@3401, Ben Franklin Technology Partners CEO group, and Female Founders & Funders —didn’t just help Mustafa find funding, but they were also key in finding designers and in helping her understand the pivot from B2C to B2B.

“Having a good network-slash-community is absolutely a driver to being able to get to the next level, if you don’t know the people who have the influence to get you there,” she said. “In the pivot to B2B and hospitality where I had no experience, the community could educate me about those markets to get me where I am today.”

The Power of the WIT Community

Mustafa shares part of her journey in the second episode of “Chasing Grace,” which explores the role of community in shifting the experience for women in tech. These communities range from collectives and meetups like Women Who Code, Black Girls Code, and Girls Who Code to HR-driven programs like Comcast NBCUniversal’s TECHWomen and Linux’s Women-in-Technology (WIT) lunches during the OSSummit.

Cloer says that recent female comp-sci graduates are more and more inquiring about Women-In-Technology groups when they go on interviews. After all, many of these in-demand women have already been exposed to gender isolation in male-dominated classrooms. And they are subject all the time — probably more than any other generation — to media’s mostly negative views on diversity in tech, tech leavers, and IT’s bro culture.

“When you ask for other women for support, they show up. And then they ask for you to support and you show up. Women helping women — that’s just phenomenal.” — Jennifer Cloer, Chasing Grace

Cloer said these headlines helped people speak up, but this Insta-generation isn’t getting the other side of the story.

“Among the women I interview, there’s a lot of anger and frustration, but there’s also an optimism and a desire to stay and build,” Cloer said.

This is where communities come in. These internal and external communities have grown significantly over the last five to seven years. Have they prevented women and other gender minorities from feeling so excluded and alone?

What Makes a WIT Community Successful? 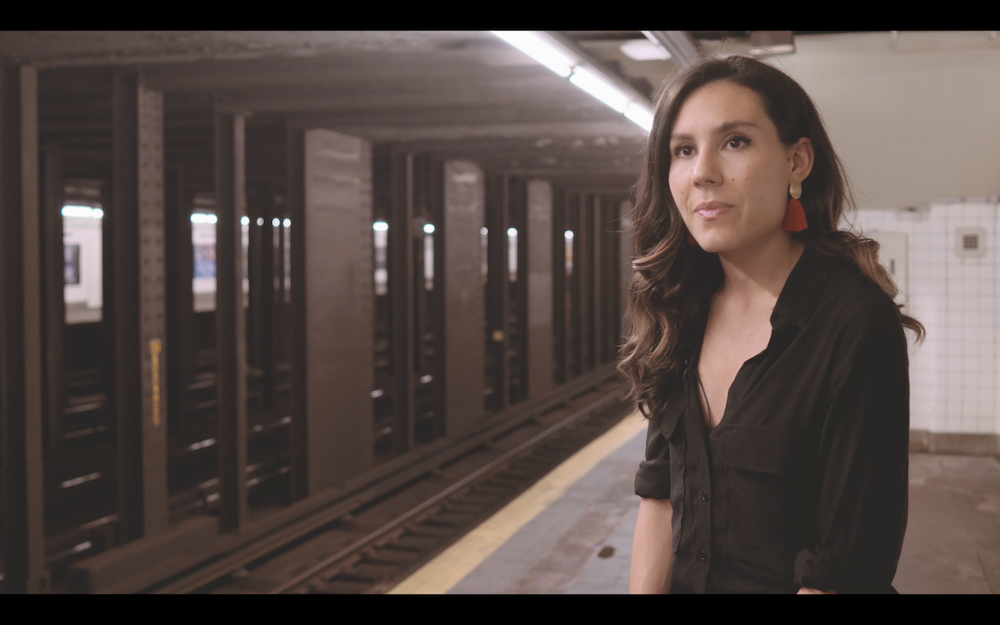 Cloer said nowadays it’s very important to balance virtual and IRL. She pointed to the large Ladies Get Paid community which has a vibrant Slack community as well as monthly meetups around the U.S. Many enterprises find success when they continuously facilitate intranet communities and have annual in-person gatherings.

Cloer says any medium to large company should be already planning to its own WIT group.

Cloer continued that mentorship has to be baked into every inclusion program. The second episode of “Chasing Grace” features a woman who moved from the East Coast to L.A. After moving, she attended a number of tech meetups but was often the only woman there. She evidently even had some more difficult moments at these events. She was considering packing up and heading home until she found an army of women to support her in things like asking for a pay raise or negotiating a difficult situation.

“I come from the open source community, which is largely male dominant, more so than the rest of tech. I became so used to it that I didn’t see it as an issue but I think subconsciously it inspired me.”

While women make up a mere quarter of tech jobs, they only make up about three percent of open source communities.

In the open source community, she also started to connect with the few women she did see at events.

Cloer said, “There are amazing women who do want to collaborate and build together across companies. It’s there at OS events. It’s a small group and we’re strong. And when I left the Linux Foundation to start [this] career, women who I had networked with came out of the woodwork.”

Screenings of Chasing Grace, for now, are limited to theaters and special screenings — like at these larger WIT events in order to foster discussion and to raise money for finishing off the series. The next episode will premiere November 14 at the Dynasty Typewriter in Los Angeles, including a Q&A with special guest Cheryl Strayed, author of “Wild.” Tickets are on sale now.

Jennifer Riggins is a culture side of tech storyteller, journalist, writer, and event and podcast host, helping to share the stories where culture and technology collide and to translate the impact of the tech we are building. She has been...
Read more from Jennifer Riggins
SHARE THIS STORY
RELATED STORIES
Entrepreneurship for Engineers: Avoiding Feature Bloat How Will Working in Tech Change in 2023? CES 2023: Robots, Astronauts, Schwarzenegger and Flying Cars Snack Stack: Turning Winter Comfort Food up to 11 It Happened to Me: How I Suddenly Owed AWS $13,000...
TNS owner Insight Partners is an investor in: Coast, The New Stack.
SHARE THIS STORY
RELATED STORIES
SRE Housekeeping: Where to Get Started for New Hires How Jit Builds a Platform Engineering Mindset in the Cloud 2023 Will Be the Year FinOps Shifts Left Toward Engineering Platform Engineering Won’t Kill the DevOps Star How We Manage Incident Response at Honeycomb
THE NEW STACK UPDATE A newsletter digest of the week’s most important stories & analyses.
The New stack does not sell your information or share it with unaffiliated third parties. By continuing, you agree to our Terms of Use and Privacy Policy.