Why Chatbots Will Soon Kill the App Store 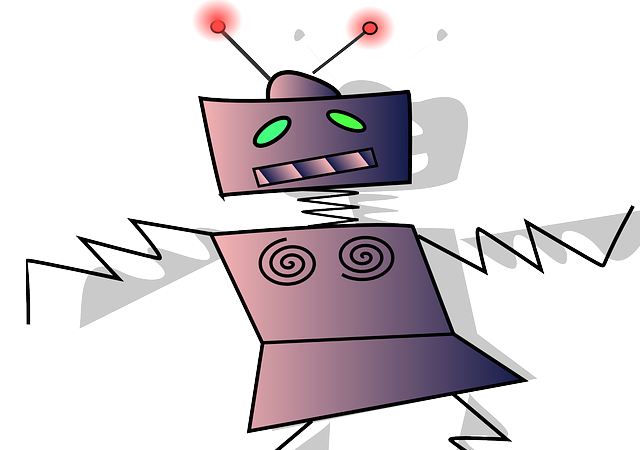 “Conversation is the command line of tomorrow,” so asserted  Daniel Harvey, experience design director at the SapientNitro marketing agency, speaking at the Interact UK conference earlier this month.

The command-line interface (CLI) dates back to the 1960s and has long offered us an efficient way to have computers do our bidding, as long as the right syntax and grammar are in place.

“It’s very much the case where you can actually live in just Messenger and get everything done that you need to do.” — Daniel Harvey

In our new world of chatbots, we are following right in line with the CLI, but without anyone having to type a word. From Siri to IBM’s dear Watson, the conversational user interface is taking over where apps left off. Chatbots can interact with humans to learn what they are looking for and perhaps guide them to the correct place.

In his talk, Harvey explained a lot about chatbots and the messenger apps that support them.

First, let’s take a look at the flourishing world of messaging apps, the ecosystems upon which tomorrow’s chatbots will make their homes. With Facebook owning the top two chat apps — Messenger and WhatsApp — there’s no doubt that millennial billionaire Mark Zuckerberg foresees that chat apps aren’t just the next Pogs or Cabbage Patch Dolls — they’re more like better-tasting sliced bread. But let’s drop some of the staggering statistics to convince you:

Why are messaging apps and conversational bots such a good pairing?

Of course for the developing world, mobile data, along with the electricity to charge the devices, is another precious commodity, but particularly in these countries, adoption rates of these apps that help you stay connected are skyrocketing.

Silicon Valley venture capitalist Marc Andreessen famously claimed software was eating the world. Five years later, in the quote above, one of his employees Benedict Evans recently contended chatbots and messaging are now making an even bigger mark than software or the app.

OK, we get it. Chatbots are going to be huge. But what does that mean for you, the developer? You need to start thinking about pivoting away from app development and toward bot development.

The Sun Sets on the App Store, Rises on the Bot Store

“It’s the evolution of these messaging platforms and the rise of chatbots that really represent this shift in this world we live in today,” Harvey said. “Unlike the telephone or the Web, messaging really affords us the luxury of constant communication.”

More than anything, the app store is going to fade away because we are only downloading about one new app per month out of the four million apps out there. Let’s be serious, the user experience of app stores has never been welcoming. Instead of getting lost in Google Play or the Apple App Store, more and more big brands are making sure they are also present in bot stores within the messaging apps in which folks are already spending hours and hours.

Not to mention chat apps are more private. If you’ve used WhatsApp over the last couple months, you can’t help but notice its constant encryption reminders. Even the so-called Islamic State relies on the strong encryption of Telegram.

“Even more encryption is becoming the default,” Harvey said. That’s not the case with public social networks.

It’s because of this sense of privacy that chatbots are becoming invaluable resources for customer service.

“If social media has taught us anything, people love to [SIC] complain,” he continued.

By making the conversation more private yet personal on chatbots, customer support has a greater chance to contain negative sentiments and to have more meaningful conversations. Any business reliant on customer opinions or reviews will need to add chat functions to their existing apps or create branded bots within the most popular or most relevant niche apps.

On the user side, we are already feeling app fatigue. If people aren’t downloading an app for that anymore, you need to become a part of the apps they already have.

“It’s very much the case where you can actually live in just Messenger and get everything done that you need to do,” Harvey said.

He cited Kik Messenger, a chat app you’ve probably never heard of unless you currently go to university. It’s one of the first to have a bot store, where brands like MTV, the Washington Post and Vice reach out to the next generation of chatters, while they stay up-to-date on campus gossip.

Horror flick Insidious 3 let Kik users send 69 messages in the form “conversations” with the main character in one of the first chatbot guerilla marketing campaigns.

For a much more business crowd, Microsoft also launched its own Skype Bot Platform last year for developers to build on.

“No one has to worry about a bot working 24 hours a day, seven days a week — there are no labor unions for bots… ,” Harvey said.

Chat Bots are the Trojan Horse for AI

Chatbots also offer us the unique opportunity to test weak and specific Artificial intelligence at scale. As Harvey said, chatbots are the “Trojan Horse that” will sneak AI into our everyday lives.

We’re still at the beginning. GoogleNow, Google Assistant and iOS’s Siri are based mainly on algorithms that are sometimes more witty than accurate. The bots backing Facebook’s apps are more of a mix of human and machine.

Both will improve as they listen and learn from our behavior. And unlike the limitless search engines, we will be utilizing these bots in a much more contextual basis. “If you’ve got a Facebook bot for your bank, you know to ask it about mortgages or savings or retirement. You wouldn’t ask about the weather,” Harvey said.

He continued to explain that, instead of just asking questions, we will call on bots like “micro apps” or “card-like experiences” that are logical for our current queries.

These AI-driven bots will also be much smaller than apps, only containing what is contextually important to them.

“The brands help constrain the conversation,” which in turn builds a deeper connection between brands and their customers.

As we add chat and a conversational user interface, our devices become even more personalized. Harvey can see the Nike+ fitness tracker turning into a virtual personal trainer.

Some have achieved this feel of success already. Amy/Andrew is the first fully AI personal assistant that, well, keeps getting asked out by its users, so it had to develop a gentle way to let us mere humans down. And of course, IBM Watson is getting smarter by the week.

The more specific brands get, the stronger the user interface and the user experience will become, though the requirements of designing a chat experience are very different than designing websites. It becomes experience design, needing a mix of human and machine learning to craft just the right words.

“Information architecture is having a rebirth but also hire writers before UX people and visual designers,” Harvey said.

He went on to say that, while technical expertise is still important, companies investing in chatbots are also looking for people with theater and improv backgrounds. The Google team working on its virtual personal assistant even recruited writers from Pixar and The Onion.

The right chat strategy will be a part of a brand’s experience. This means businesses will have to adapt. Harvey doesn’t think this will mean companies hiring CCOs  — Chief Chat Officers — but we may see consumer brands hiring heads of AI soon.

Jennifer Riggins is a culture side of tech storyteller, journalist, writer, and event and podcast host, helping to share the stories where culture and technology collide and to translate the impact of the tech we are building. Currently in London,...
Read more from Jennifer Riggins
SHARE THIS STORY
RELATED STORIES
Entrepreneurship for Engineers: Painkiller or Vitamin?  Struggling with IT Staff Leaving? Try Infrastructure as Code Warning: Config Drift Causes a Painful Death for Developers Composing a Platform by Patching Crossplane Resources Latest Enhancements to HashiCorp Terraform and Terraform Cloud
SHARE THIS STORY
RELATED STORIES
Building an Internal Developer Platform Isn't Just about Tools Struggling with IT Staff Leaving? Try Infrastructure as Code How DoorDash Governs Its Infrastructure with Open Policy Agent Spotify's Backstage: A Strategic Guide Kubiya: Can Conversational AI Clarify DevOps?
THE NEW STACK UPDATE A newsletter digest of the week’s most important stories & analyses.
The New stack does not sell your information or share it with unaffiliated third parties. By continuing, you agree to our Terms of Use and Privacy Policy.