Chef Opens Its Code Base, Says Goodbye to Open Core 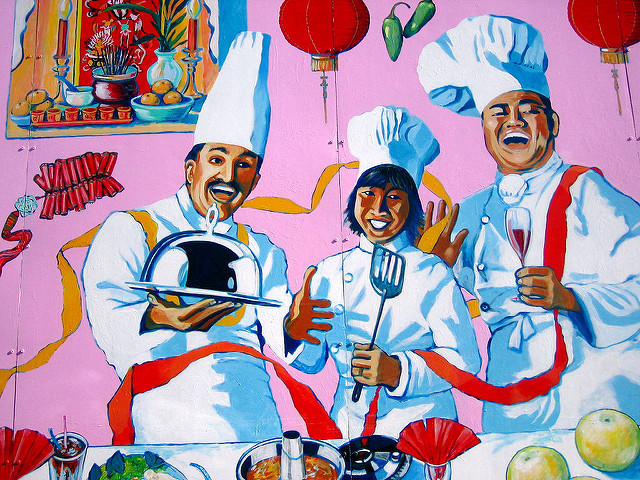 As myriad companies search for sustainable licensing models amid the debate about open source in a cloud world, automation tool vendor Chef has announced it is going all-in on open source.

While it has had a mix of open source and proprietary software, it’s making its software and any additions going forward open source with Apache 2 licensing.

In a blog post today by Adam Jacob, Chef co-founder, the headline reads: “Goodbye Open Core — Good Riddance to Bad Rubbish.” The noteworthiness is in the rejection of the open core model that several commercial open source companies offer such as GitLab, Elastic and Redis. The issue that Chef faces comes with the challenges all software companies face. Open core was supposed to serve as a way to allow a company like Chef to be open source for everyone but with a proprietary model for commercial purposes. It’s also apparent the open core model is now elevating to a new status with the recent news of Amazon Web Services’ own open source distribution of Elasticsearch. The news has had its ramifications, raising issues about AWS’s role in ingesting up open source software and then commoditizing it by wrapping its own service around the free software.

Chef is the first in recent memory to reject the open core model for the software it distributes.

“Good riddance to bad rubbish,” wrote Jacob in his post.

“We believe in open source software, and we believe strongly that collaboration is the right way to build software for users in the market. So the best way to build our software is to collaborate with the people who actually use it every day. The easiest way to do that is through open source software development,” said Corey Scobie, senior vice president of product and engineering at Chef.

At the same time, it will be focusing a tightly knit combination of the projects in a subscription package called the Chef Enterprise Automation Stack.

“There is no question that open source can facilitate the use of software by individuals and companies that are also interested in improving it and tweaking it for their needs,” said 451 Research analyst Jay Lyman, who called the move a return to Chef’s roots.

“This may help Chef to continue growing its open source ecosystem while better serving its enterprise customers, which have generally taken a greater role in open source software development and communities.”

The company had found was there was inconsistency across the projects in the way it was treating and governing the projects, Scobie said.

“What you see going on in the open source world right now is a lot of people sort of grasping at straws trying to figure out the right combination of business model and software development model,” he said. “For us, it’s very clear, the business model is simple: The customers that want to have a relationship with Chef already see the value of having that relationship. The collaborators we see in the community are people who have a similar problem and want to try and solve that problem together. For us, it all comes together in some seamless loop.”

The Chef team’s mantra of expressing infrastructure, security policies and application lifecycle as code is the basis for Enterprise Automation Stack. It calls adherents, which it calls the Coded Enterprise, make up a majority of Chef’s user base.

“What we’ve found through working with customers is that whether you adhere to that through the products you choose or as a foundational strategy of your IT, belief in that philosophy is what gets you to better velocity as an organization,” Scobie said.

He calls these expressions as code are key to collaboration among developers, security and operations personnel.

“When you stick them in a room together, they don’t speak the same language. They don’t have the same objectives. When you give them an artifact that is the indisputable source of their collaboration, it’s much easier for them to align and work together and manage all of their different objectives into that workflow. We believe part of achieving velocity in the organization is establishing their trust in code, he said, adding that an artifact like version control can be the collaboration point where developer, security, operations come together,” he said.

Flipping the code to open source enables Chef to leverage a rich community of developers to enhance and create new features while Chef can focus on evangelizing the market, according to analyst Mark Bowker at Enterprise Strategy Group.

“The bottom line is that Chef now has the potential to improve its capabilities with the help of the open source community while ratcheting up the volume in the market and focusing on business execution,” he said.

Chef and GitLab are sponsors of The New Stack.

Feature image: “Shopping in Cabramatta” by Owen Prior. Licensed under CC BY-SA 2.0.

Susan Hall is the Sponsor Editor for The New Stack. Her job is to help sponsors attain the widest readership possible for their contributed content. She has written for The New Stack since its early days, as well as sites...
Read more from Susan Hall
SHARE THIS STORY
RELATED STORIES
Insights on Integration Tests with Foresight End-to-End Test Troubleshooting I Need to Talk to You about Kubernetes GitOps Internal Developer Portals Can Do More than You Think Platform Engineering Is Not about Building Fancy UIs
TNS owner Insight Partners is an investor in: The New Stack.
SHARE THIS STORY
RELATED STORIES
Entrepreneurship for Engineers: Avoiding Feature Bloat I Need to Talk to You about Kubernetes GitOps OpenAI, ChatGPT and the Next Age of 'Build'  Crossplane Curious? Marketplace Makes Onboarding Easy The Hidden Costs of 'Free' Internal Developer Portals
THE NEW STACK UPDATE A newsletter digest of the week’s most important stories & analyses.
The New stack does not sell your information or share it with unaffiliated third parties. By continuing, you agree to our Terms of Use and Privacy Policy.