Chef Takes an App-Centric Approach with the Automate 2.0 Release 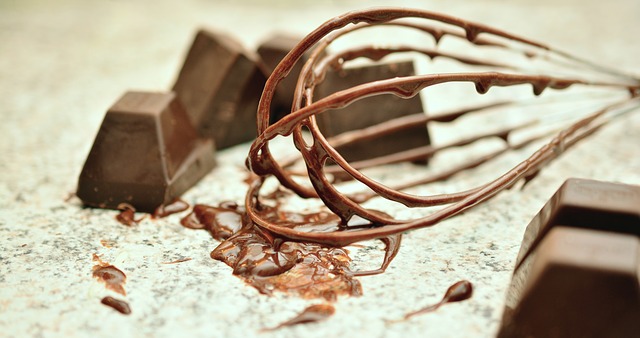 Automation and configuration-management company Chef is talking up its efforts to help enterprises make the shift from infrastructure-centric to application-centric IT this week at ChefConf 2018 in Chicago.

It’s announcing Chef Automate 2.0, a refresh of its automation platform originally announced in July 2016; Chef Workstation, a simplified way for users to perform ad-hoc tasks; an on-premises version of Habitat Builder, and enhancements to InSpec, its compliance automation offering.

“We’re seeing the unit of work change from configuration of systems to deployment of applications. …  Enterprises are really trying to understand the confluence of infrastructure and application lifecycle management,” said Corey Scobie, senior vice president of product and engineering at Chef.

He described a shift away from an infrastructure focus, which even includes containers.

“Organizations trying to [adopt] cloud and containers start to run into some of the boundaries we have in not being application-centric enough,” he said calling containers are a continuing evolution of packaging, but still with a system-centric or infrastructure-centric approach.

“One of the things Habitat does really well is finding a common pattern for application packaging and deployment, regardless of whether it’s a 20-year-old application written in an extinct language or a modern-day app built for the cloud and container world.”

Participants in a recent survey by Dimensional Research, sponsored by Chef, reported pain in all phases of the application lifecycle. Of the 347 application and operations professionals polled worldwide, only 12 percent said three-quarters or more of application automation at their companies are aligned with DevOps processes.

In addition, 61 percent said the build process takes days or longer and 57 percent said deployment takes just as long. It also found lift and shift to be the dominant application migration strategy.

Chef Automate 2.0 employs a single control plane for infrastructure and compliance automation to provide a closed-loop “detect, correct, automate” process. The company used Habitat to package it, Scobie pointed out.

“It allows us to move to a continuous update, continuous delivery-type approach to software. We publish an update channel and customers can subscribe and get the latest updates with a guarantee of forward compatibility and easy migration between versions,” he said.

With Workstation, being released in beta, the company is addressing reports of difficulty in getting started with Chef.

It has boiled the installation experience down to a single binary. It will install and set up fundamental Chef components on a developer workstation or laptop. It provides the ability to do ad-hoc tasks not only locally, but remotely, such as automatically install the Chef client on a target server and execute a cookbook.

The Habitat Builder enhancements support teams’ ability to build, deploy and manage any app, anywhere — even on-premise, where it functions with a “satellite server type of approach,” Scobie said.

In 2018, on-premises deployment is expected to be the predominant method in a continuous delivery market expected to grow from $1.65 billion in 2018 to $3.85 billion by 2023, reports MarketsandMarkets Research. Covering companies such as Shippable, Red Hat, Puppet, Heroku, Cloudbees, Applariat as well as Chef, it notes increasing enterprise acceptance of public cloud technology.

Not only that, 81 percent in the Dimensional Research reported they were adopting a multicloud strategy.

The revisions come from lessons learned over the past few months, such as how to better integrate with Kube and Kube clusters, scheduling services and more. They include more hooks to bring out more Habitat-native capabilities, Scobie said.

Operator for Kubernetes is like a sidecar and agent that do the jobs that a human would have done, explained Julian Dunn, director of product marketing.

“People have been writing these to be very application-specific — a specific database operator or web app operator. Those management functions would be like redeployment or configuration updates. The thinking in the Kubernetes world is that you have to write these one-to-one if you want your application to have these capabilities,” he said, adding that you don’t have to do that if you’re using Habitat because its management interface works across applications.

Chef, Red Hat and Puppet are sponsors of The New Stack.

Susan Hall is the Sponsor Editor for The New Stack. Her job is to help sponsors attain the widest readership possible for their contributed content. She has written for The New Stack since its early days, as well as sites...
Read more from Susan Hall
SHARE THIS STORY
RELATED STORIES
Swarm, a User-Friendly Alternative to Kubernetes Kubescape: A CNCF Sandbox Platform for All Kubernetes Security DevOps: Kubernetes Help Desk or Self-Driven Innovation? Kubernetes Needs to Take a Lesson from Portainer on Ease-of-Use What Is the Docker .env File and How Do You Use It?
TNS owner Insight Partners is an investor in: The New Stack.
SHARE THIS STORY
RELATED STORIES
Kubernetes Needs to Take a Lesson from Portainer on Ease-of-Use DevPod: Uber's MonoRepo-Based Remote Development Platform Kubernetes App Deployment from the Command Line Kinsing Malware Targets Kubernetes Kubernetes 101: Deploy Portainer to a MicroK8s Cluster
THE NEW STACK UPDATE A newsletter digest of the week’s most important stories & analyses.
The New stack does not sell your information or share it with unaffiliated third parties. By continuing, you agree to our Terms of Use and Privacy Policy.