Geeks on the Ground at ChefConf Answer Basic Questions about Diversity 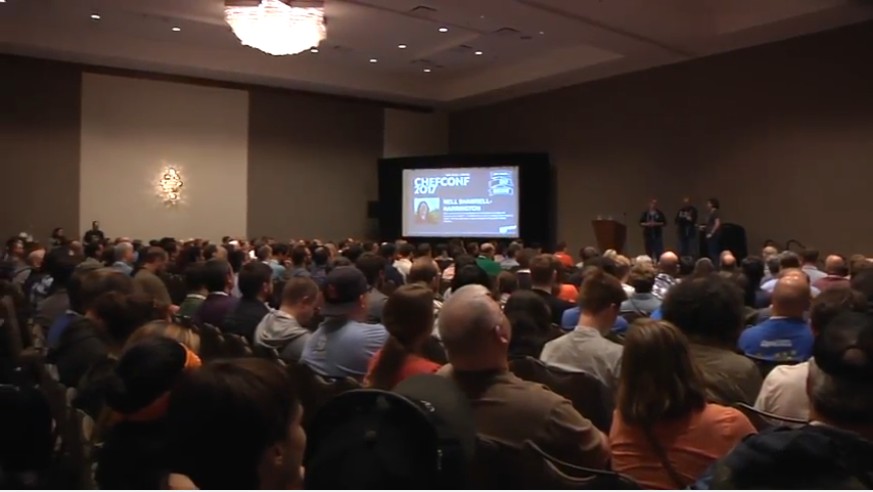 Geeks on the ground at the recent ChefCon in Austin answered three questions for The New Stack:

Software developers, system administrators and engineers, and tech advisors from all across the country weighed in. Their consensus: Diversity brings important benefits not only to companies and their products but to the tech community as well.

Oralee Nudson, Graphic Information Network of Alaska, SysAdm, attending ChefCon on diversity scholarship weighed in. “If you’re developing a social media tool, chances are the diversity of your consumers is going to be very broad,” she said. If the majority of people of your development team are from the same culture or background, “you may miss some opportunities to add more features or more capabilities that are helping to be more inclusive and targeting the more broad spectrum of the audience that you’re developing the product for.”

Research shows Nudson is right. According to global research firm EY, differing viewpoints are powerful factors in steering innovation. “If an organization does not leverage the potent weapon of diversity, it risks limiting its creative potential and ultimately losing its competitive edge.”

“I have a very strong belief in a diverse workplace particularly in technology companies,” said Eric Nichter, Ice Cybersecurity, co-founder and COO. “It drives a lot more innovation.” Nichter’s opinion is also backed up by research.

Back in 2013, a Harvard Business Review survey found that companies that embrace two-dimensional diversity meaning not just “inherent diversity”, or traits you are born with, such as gender, ethnicity, and sexual orientation, but also “acquired diversity” meaning traits you gain from experience. The study found that companies that embrace “2-D” diversity, are “45% likelier to report that their firm’s market share grew over the previous year and 70% likelier to report that the firm captured a new market,” according to the article.

Ellison used a baseball metaphor to illustrate her point. “A baseball team entirely composed of catchers could have high esprit de corps,” she said. They can share experiences, knowledge and tips for handling knuckleballs. “But [the team] would not perform very well on the field.”

But it’s not just getting a diverse workplace through the door, pointed out Brittany Woods, CARFAX, Automation Engineer. Diversity is important, she said, but “it’s important to value everyone as your coworkers, not just your male coworkers or your female coworkers. I also think it’s important, especially for women to not discount your knowledge. Other people might do that for you, so it’s important for you to be extremely confident in yourself and not be afraid of that confidence.”

What’s the key to creating more diversity in tech?

Short answer: creating opportunity through education, according to the geeks on the ground.

It all happens in education,” said Chin Lee, a former teacher who is currently an IT Operating System Consultant at Optum in Arizona. They’re seeing more STEM programs targeted to lower income schools and targeting girls and a younger age.

Jonathan Parnell, BrickworkX, IT strategist, who co-founded Tulivia and ran its training division, also said an opportunity to STEM education is key. He got into IT through STEM programs in school, he explained, and that rare opportunity has lead to a 30-year career. “Kids need equal access to STEM education across economic levels,” Parnell said, “especially minorities and girls need to get access to this training.”

Teresa Navaraez Northrop Grumman, software developer makes sure to volunteer to show what she does as a software developer at the career fair at her son’s school. “I hope that I will be able to inspire children, particularly girls to be in the software development area, or in the science arena because it’s just so important for all the children to look at science but especially the girls because everywhere I work I’m pretty much the minority. It will be great to have more women involved in technology and science.”

What can companies do to promote diversity?

Start with removing as much implicit bias as possible during the recruiting phase, said Nichter.

He suggested removing names and other identifying factors from resumes as a first step. Next, set goals for hiring managers and have consequences for not meeting those goals.

“It’s the right thing to do,” he said, “ because it’s been so biased in the past, so it’s good to lean in the opposite direction to balance things out. I think it will get balanced out when people realize the benefits of a diverse workplace.”