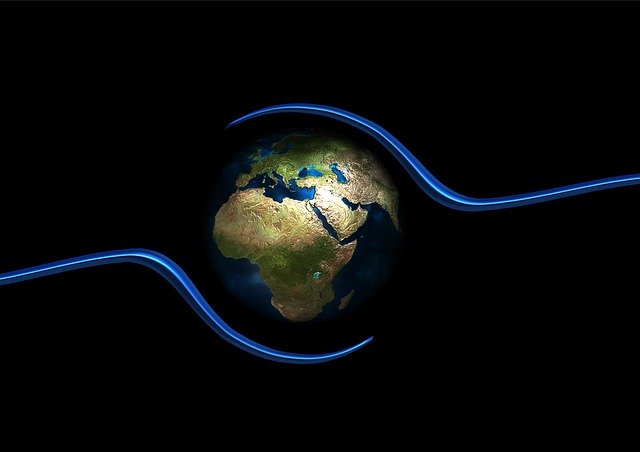 The Cloud Foundry Foundation has announced that its long-time chief technology officer, Chip Childers, is assuming the role of executive director as of April 2. He is replacing Abby Kearns, who has accepted an executive role elsewhere, according to the organization.

Those familiar with the Cloud Foundry Foundation, an independent non-profit open source organization, will no doubt be disappointed about Kearns’ departure, though will certainly agree that Childers is a fine successor. In the CTO role since the company’s founding in 2015, he has been an articulate and empathetic ambassador for the foundation’s many technologies, including the flagship Cloud Foundry open source cloud application platform.

Cloud Foundry has been built and refined through the help of 3,600 contributors. More than 39,000 commits have been made to the platform in the last 12 months alone. Gartner research has estimated that Cloud Foundry’s total market value is approximately $3.1 billion, and will rise to $5.25 billion in a few years as more organizations move to open source-based cloud computing.

We caught up with Childers to learn about his new role, his immediate priorities, and his overall strategy to shepherd Cloud Foundry into the future.

What is your first priority as the new executive director?

My personal priority is to make sure the foundation staff, as well as the leaders in the community, are aligned around our shared priorities: supporting our community and bringing the power of Cloud Foundry to Kubernetes clusters everywhere. Let’s talk about those two a little further…

First, we will be very focused in the coming months on supporting the continued health of the contributing community. Cloud Foundry is one of the largest open source projects out there, and the project enjoys continued investment from all of the major participants who have been working on it for years now.  We can keep improving though and I will work specifically on increasing the inclusivity of our community. We want to look at how we can ensure even lower friction for casual contributors to the project. We want to find ways to make room for new contributors, while ensuring that the code keeps progressing.

Second, we are collectively aligned around the mission of bringing our world-class developer experience to Kubernetes users. This mission is now clearly the North Star of our contributors. It’s guiding all of our community members and their work. Obviously open source foundations like the Cloud Foundry Foundation don’t dictate roadmaps (we’re not a product company), but we do what we can to help our ecosystem align around shared missions like this. Our focus at the foundation is on helping community participants see the opportunities for collaboration that might not otherwise be obvious.

Kubernetes is the modern infrastructure abstraction, and it needs a cloud native developer experience to be most useful for organizations. I have a long history in infrastructure as a service. I have moved up the abstractions, as it were, getting closer back to my roots as an enterprise web developer from many years ago. If you look at the way the conversations around Infrastructure-as-a-Service were revolving around this idea that we were, as an industry, hopeful to achieve some type of utility compute model. The idea was that different infrastructure platforms would be roughly interchangeable. In reality, the VM-centric platforms simply couldn’t be a utility service in that way. Kubernetes and standardized container images are different, and they offer a better chance at utility. There’s certainly some variance in implementation detail, but also service quality — whether you’re talking about all the public cloud providers and their managed services, or rolling your own out to some infrastructure, or work that companies like SUSE and VMware are doing.

That’s the infrastructure story, but Cloud Foundry is all about developer experience. We have always had the experience of the developer as the top priority. This is the focus, and the years of success, that we hope to enable for Kubernetes users everywhere.

How is the executive director role different from the CTO role?

For us, it’s all about moving to a model that reflects the maturity of the project. As I said earlier, our number one priority is to make sure that we’re very, very focused on supporting the technical contributing community. However, that shift isn’t something that’s new just because I’m stepping in at this point. It’s one that we were making very purposefully in our planning for this year.

Now, the pandemic has certainly thrown some things up in the air for us.

The summits that we had scheduled for this year were already planned to be very different than last year’s summits. For several years, our events have been a blend of trade show and community collaboration time. It had been that since 2015, when the foundation was started. This year, our event focus is on driving high impact collaboration opportunities for our contributing community. That’s number one. Number two, we want to enable collaboration for those in the outer rings of the community, those that may not be building the platform, but are heavily invested in it as individuals or as companies.

And so the way we designed the summits for this year was as a one-day event attached to the Linux Foundation’s Open Source Summit, both North America and Europe. We made that shift very purposefully to align with our 2020 goals.

Again, my priorities are in line with what we had already been planning and executing against. We’re just going to sharpen that a little bit further and make sure that we’re very clear that everybody on my team is going to find ways to help elevate our community, connect our community better.

But it’s not just sustaining the community because there’s there’s a lot of opportunity for continued diversification and continued community growth. I’ll give you an example of that. We’re piloting a mentor/mentee program right now. It’s for people that may have a casual interest in being connected with a member of the Cloud Foundry community. It’s a program that we think is going to be pretty valuable because it’s going to let us touch individuals that are all around the world.

We are also working to find some ways to help support the individuals that are part of our community in these very difficult times globally. We’ve got a kind of a virtual water cooler scheduled for twice a day to give people in Europe and the U.S. an opportunity to converse informally. I firmly believe that any opportunity for serendipitous conversations can be hugely beneficial to people’s well being.

Cloud Foundry also announced today that VMware’s Paul Fazzone will replace (Dell CTO) John Roese as the Cloud Foundry Foundation Board Chairman. Could you say a few words about Paul?

Paul has been on our board of directors for a number of years, serving as our treasurer for a number of them. His stepping in the chairman role is a very good thing for a couple of reasons. First, Pivotal was acquired by VMware and it’s clear that VMware has been doing an amazing job of bringing together all of their recent acquisitions. If you look at their acquisition of Bitnami, Heptio and Pivotal, and consider how they are putting them all together, it’s an impressive plan. Paul is responsible for R&D for the Tanzu portfolio, and his continued commitment to the Cloud Foundry project demonstrates the importance of our community’s project within Tanzu. I’m also inspired by a lot of the focus that Paul has had on making sure that VMware is a very, very good open source participant.

The Cloud Foundry Foundation, the Linux Foundation and VMware are sponsors of The New Stack.

Joab Jackson is Editor-in-Chief for The New Stack, assuring that the TNS website gets a fresh batch of cloud native news, tutorials and perspectives each day. He has logged over 25 years in infrastructure IT journalism, including stints at IDG,...
Read more from Joab Jackson
SHARE THIS STORY
RELATED STORIES
Kubernetes App Deployment from the Command Line What LaunchDarkly Learned from 'Eating Its Own Dog Food' Platform Engineering Won’t Kill the DevOps Star What Is the Docker .env File and How Do You Use It? What TNS Readers Want in 2023: More DevOps, API Coverage
TNS owner Insight Partners is an investor in: The New Stack.
SHARE THIS STORY
RELATED STORIES
How Capital One Performs Chaos Engineering in Production Kinsing Malware Targets Kubernetes What TNS Readers Want in 2023: More DevOps, API Coverage 4 Cloud Security Considerations for Financial Services Firms Choosing the Right Container Native Storage for AWS Public Cloud
THE NEW STACK UPDATE A newsletter digest of the week’s most important stories & analyses.
The New stack does not sell your information or share it with unaffiliated third parties. By continuing, you agree to our Terms of Use and Privacy Policy.