Choosing a Container-Native Network for Kubernetes

Kubernetes can support a host of plugins based on the Container Network Interface (CNI) specification, which defines the network connectivity of containers and deals with the network resources when the container is deleted. The CNI project is a part of CNCF incubating projects.
Oct 26th, 2020 1:26pm by Janakiram MSV 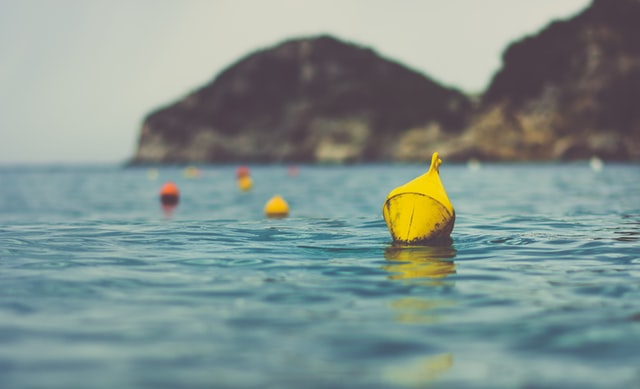 Similar to container-native storage, the container-native network abstracts the physical network infrastructure to expose a flat network to containers. It is tightly integrated with Kubernetes to tackle the challenges involved in pod-to-pod, node-to-node, pod-to-service and external communication.

Kubernetes can support a host of plugins based on the Container Network Interface (CNI) specification, which defines the network connectivity of containers and deals with the network resources when the container is deleted. The CNI project is one of the incubating projects of the Cloud Native Computing Foundation.

Container-native networks go beyond basic connectivity. They provide dynamic enforcement of network security rules. Through a predefined policy, it is possible to configure fine-grained control over communications between containers, pods and nodes.

Choosing the right networking stack is critical to maintain and secure the CaaS platform. Customers can select the stack from open source projects including Cilium, Contiv, Flannel, Project Calico, Tungsten Fabric and Weave Net. On the commercial side, Tigera offers Calico Enterprise and an enterprise subscription of Weave Net can be purchased by contacting Weaveworks.

Networking is a challenge that has declined over the years, although Kubernetes users continued to assess ingress providers. In fact, while a Kubernetes user had an average of 1.5 ingress providers, the 28% of respondents who cited networking as a challenge had on average 3 ingress providers. NGNIX was in 66% of Kubernetes stacks — but by itself, it wasn’t able to address the needs of all users. Adoption of HAProxy and Envoy was lower, but rose among those with networking challenges. This suggests that newer market entrants were adopted to address problems. Looking forward, expect offering to differentiate themselves based on the protocols they support and whether or not they include an API gateway. 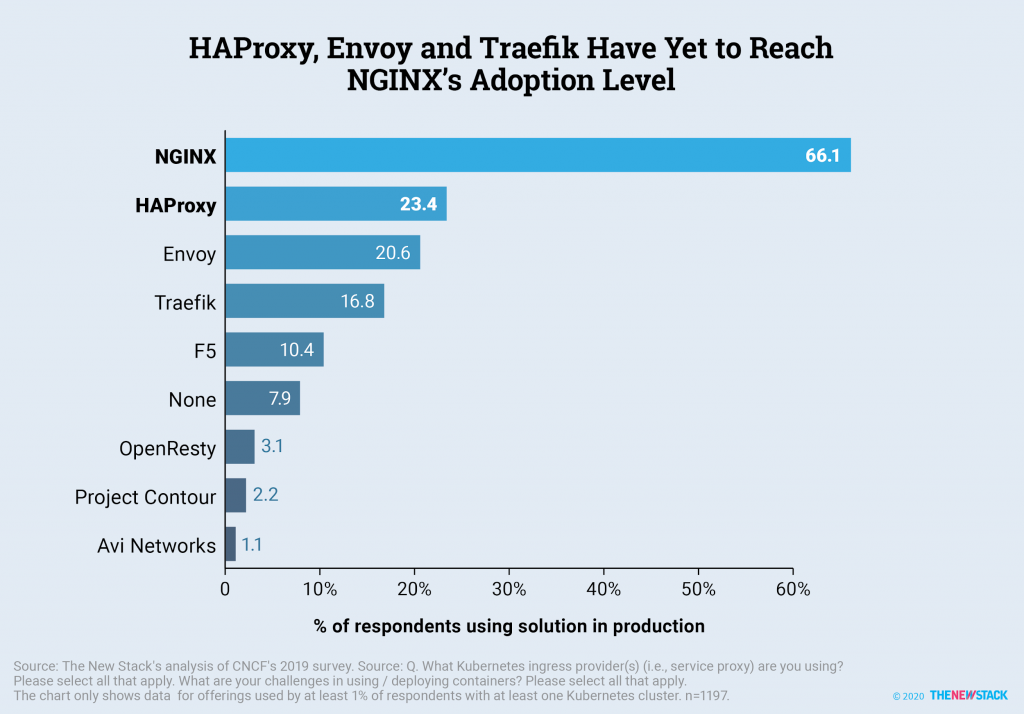 Caption: Although involved with ingress, using NGINX with Kubernetes has little impact on networking challenges. Source: Survey question: What Kubernetes ingress provider(s) (i.e., service proxy) are you using? Please select all that apply.What are your challenges in using / deploying containers? Please select all that apply. The chart only shows data for offerings used by at least 1% of respondents with at least one Kubernetes cluster. n=1197.

SHARE THIS STORY
RELATED STORIES
How Zero Trust Models Work in Container Security Why Access Management Is Step One for Zero Trust Security The Cloud Native Landscape: Observability and Analysis Why Cloud Native Systems Demand a Zero Trust Approach How Do Authentication and Authorization Differ?
TNS owner Insight Partners is an investor in: The New Stack, Tigera.
SHARE THIS STORY
RELATED STORIES
Why Access Management Is Step One for Zero Trust Security Why the Castle and Moat Approach to Security Is Obsolete LogDNA: Observability Enables DevOps What Do Authentication and Authorization Mean in Zero Trust? Security Teams Need a Higher Appetite for Risk
THE NEW STACK UPDATE A newsletter digest of the week’s most important stories & analyses.
The New stack does not sell your information or share it with unaffiliated third parties. By continuing, you agree to our Terms of Use and Privacy Policy.