This year’s Google Chrome Dev Summit was a relatively muted event compared to the 2020 version. The 2021 theme was evolution, not revolution.
Nov 8th, 2021 7:00am by Richard MacManus 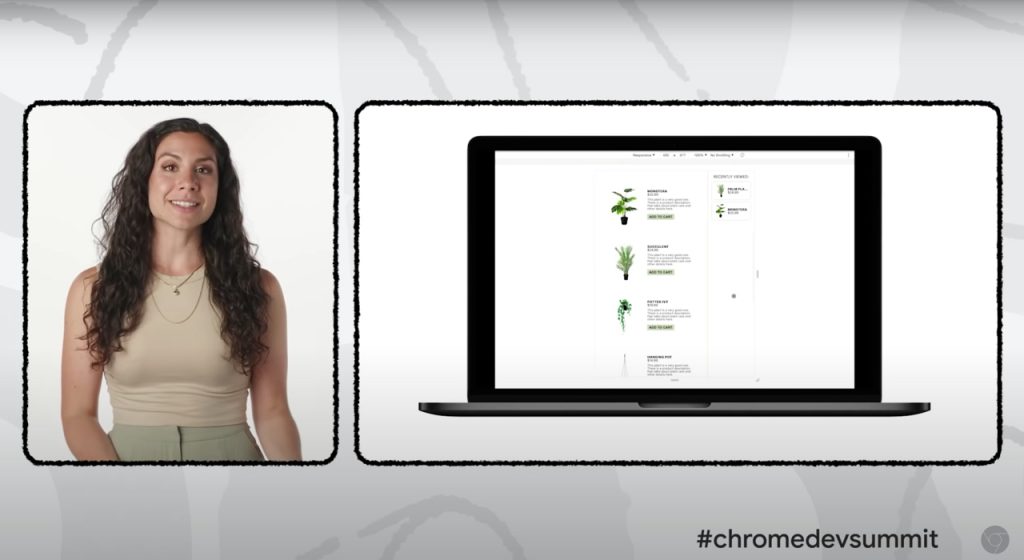 This year’s Chrome Dev Summit, held virtually by Google, was a relatively muted event compared to the 2020 version. Last December, Google told us the web platform was fast catching up with native applications, that Chrome extensions were “a superpower for the web,” and that PWAs (progressive web apps) were “on the cusp” of a “transformational moment.”

There were no such big claims in the 2021 Chrome Dev Summit. In his keynote introduction, Ben Galbraith, director of product management for web platform at Google, said that the “theme of web evolution is the central one for this video.” So in 2021, it’s about evolution not revolution.

Perhaps Google deliberately dialed down the excitement for this developer event because of a growing resentment against the big tech companies in 2021. Facebook has borne the brunt of this, with a regular stream of whistleblower revelations clogging up Techmeme this year. But Google has also drawn flack, in particular with an antitrust court case aimed at Google’s Accelerated Mobile Pages (AMP) initiative.

The complaint was unredacted at the end of last month, so for the first time we saw details about the allegation that Google throttled non-AMP page speeds. Google has previously called the lawsuit “deeply flawed,” so I won’t mention it any further in this article. The point is that Google, along with most of the other big tech companies, is facing increasing public pressure over the power it wields online.

The Chrome Dev Summit keynote tried to provide an antidote to the negative press, by talking up its “cross-browser compatibility” initiative (with a typically awkward Google name, Compat 2021) and by promoting the “new privacy-preserving technologies” in Chrome.

That’s all well and good, but the keynote only really got interesting when it discussed web capabilities, which is what most of last year’s event was devoted to.

Photoshop on the Web…if You’re a Chrome User

The recently announced collaboration between Google and Adobe to bring Photoshop to the web was the highlight of the web capabilities section of the keynote.

“For decades, you could only use Photoshop on a computer, a powerful computer at that,” said Pam Clark, vice president of product management and strategy for Photoshop at Adobe. “Then Photoshop went mobile on the iPad, and now we’re making Photoshop accessible in a web browser via a public beta.”

Clark made a special note of WebAssembly, which she said “allowed us to bring large portions of our codebase to the web.”

Details on how Photoshop was ported to web browsers, mostly using Emscripten and other hooks like SIMD support to get fast performance. Amazing this is now possible: https://t.co/WIz0hMC6qZ

Bringing Photoshop to the web, albeit not with its entire desktop functionality, is undeniably a landmark event for web development. It was long thought that Photoshop could never be a web application, given its complexity. In a congratulatory tweet, Google’s Ben Goodger, a veteran browser developer and now director of product in the Chrome team, called it “a huge leap forward — and a fantastic example of why it’s important to keep making the web more powerful!”

However, in a Q&A session that followed the keynote, even the Photoshop news was subject to public scrutiny. Asked one punter: “Isn’t this just another example of a Chrome-only web? Why doesn’t this work in Firefox and other browsers?”

Goodger, who was among the Google panelists for the Q&A, stepped up to answer this.

“It’s actually rare for APIs to emerge simultaneously in all browsers,” he said. “Anticipating that we will continue to iterate on these APIs, we really welcome cross-browser dialogue on the shape of those APIs. We anticipate making changes to them as we figure out ways to make them a durable part and ultimately for them to become standards.”

The implication here is that the APIs that enabled Photoshop on the web had to be developed by someone, so why not Google? Frankly, I don’t see anything wrong with that stance. Indeed, I wish more of the keynote had been devoted to Google’s exceptionalism on the web platform.

As long as the APIs that enabled Photoshop on the web are made open for everyone to use, which Goodger implied would be the case, developers should celebrate innovation like this.

Perhaps the only other major step forward for the web platform announced at the 2021 Chrome Dev Summit was in relation to the RenderingNG project, which Galbraith called “an ambitious refactoring of Chromium’s rendering engine.” Basically, this is the part of the browser that turns HTML and CSS into pixels on your screen.

Una Kravets, a senior developer relations engineer on Google Chrome, explained that RenderingNG enables developers to “create customized user experiences based on personalized user preferences in a component-driven architecture model.” She labeled this “The New Responsive,” implying that this new feature has led to an increased ability to adapt to a user’s wishes or the type of device they’re using. 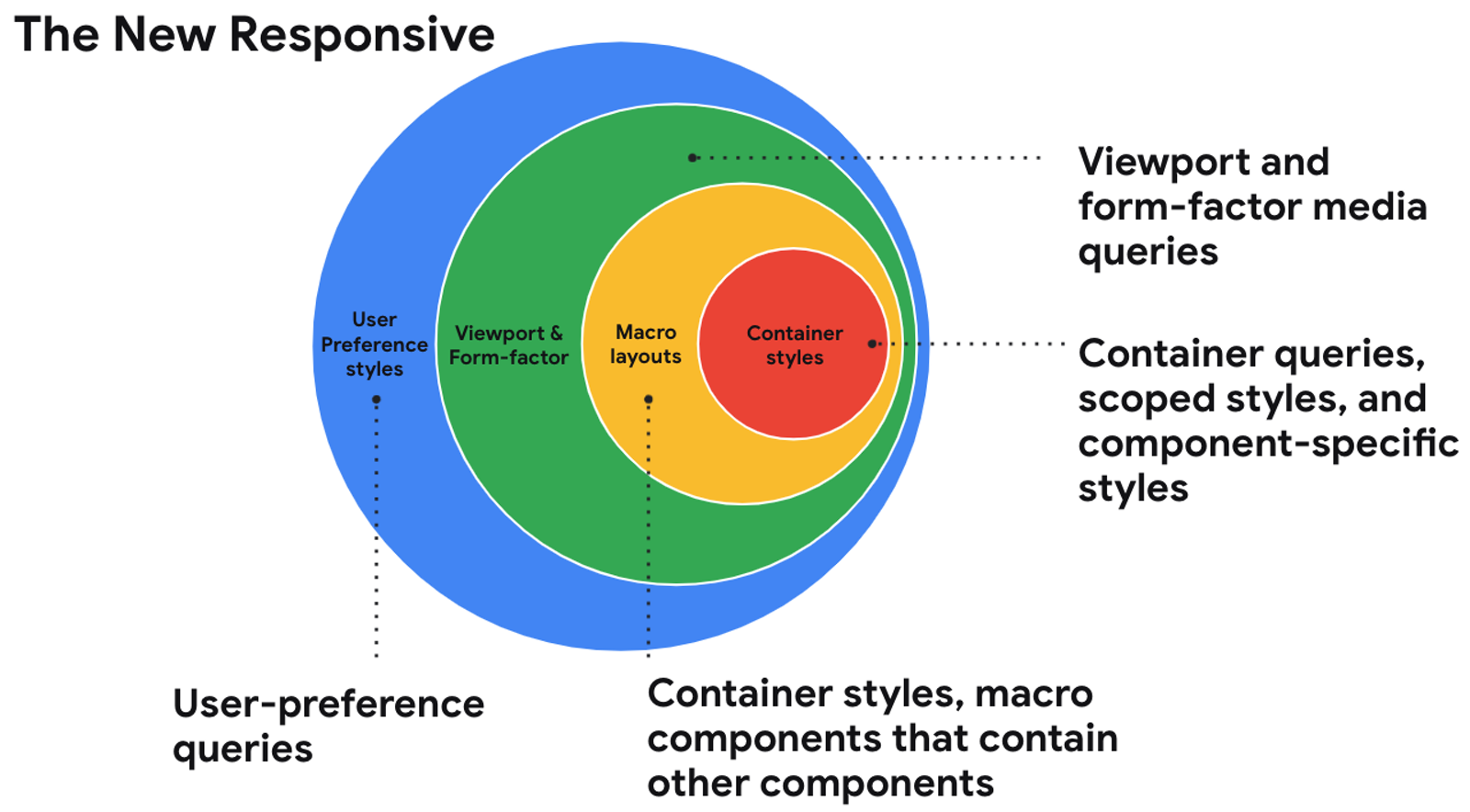 The most interesting feature here is “container queries,” which Kravets said is “a feature that’s been highly requested by developers.” As the name suggests, container queries allow developers to do component-level responsive design rather than page-level.

“Components own all of their individual responsive styles right where they are,” explained Kravets, “and don’t rely on the global viewport to adjust styles.”

Google worked with the CSS Working Group “to spec this feature and [we] have been able to unlock the implementation through recent changes in the Chrome Rendering Engine.”

Although Google toned down the rhetoric for this year’s Chrome Dev Summit, ultimately web developers will be pleased with the evolution of the web platform over the past year.

The event wasn’t completely satisfactory, however. There wasn’t as much of a focus on PWAs at this year’s event — but as I’ve explained before, the ball is in Apple’s court now in regards to adoption of progressive web apps.

Also, the privacy features that led the keynote felt a little underwhelming. How Google implements privacy will continue to be debated, but it’s more of a policy issue than a capabilities one.

Overall though, with the impressive launch of Photoshop on the web along with the RenderingNG-derived enhancements in Chrome, there’s no question the web is becoming more and more capable every year. That’s great news for fans of open standards and interoperability on the internet.