In this episode of The New Stack Makers, Chronosphere's co-founder tells why the company donated PromLens, a query-building tool, to the Prometheus project.
Nov 23rd, 2022 2:52pm by Heather Joslyn 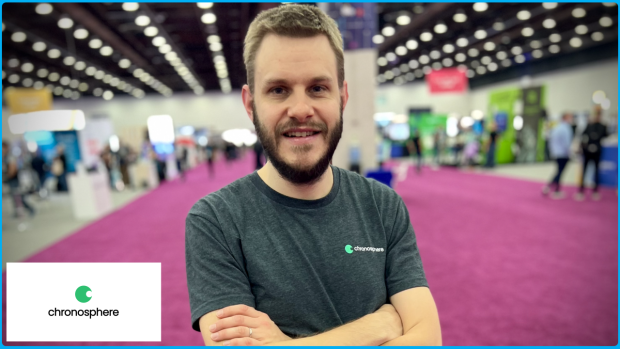 TNS Annual Reader Survey
We need your input! Take 5 minutes to chime in and help guide our coverage.
Begin the survey
Chronosphere sponsored this post.

DETROIT — Rob Skillington’s grandfather was a civil engineer, working in an industry that, in over a century, developed processes and know-how that enabled the creation of buildings, bridges and road.

“A lot of those processes matured to a point where they could reliably build these things,” said Skillington, co-founder and chief technology officer at Chronosphere, an observability platform. “And I think about observability as that same maturity of engineering practice. When it comes to building software that actually is useful in the world, it is this process that helps you actually achieve the deployment and operation of these large-scale systems that we use every day.”

Skillington spoke about the evolution of observability, and his company’s recent donation of an open source project to Prometheus, in this episode of The New Stack Makers podcast. Heather Joslyn, features editor of TNS, hosted the conversation.

This On the Road edition of The New Stack Makers was recorded at KubeCon + CloudNativeCon North America, in the Motor City. The episode was sponsored by Chronosphere.

A Donation to the Prometheus Project

In the cloud era, he said, “you have to really prepare the software for a whole set of runtime environments. And so the challenges around that is really about making it consistent, well understood and robust.”

At KubeCon in late October, Chronosphere and PromLabs (founded by Julius Volz, creator of Prometheus) announced that they had donated their open source project PromLens to the Prometheus project, the open source monitoring and alerts primitive.

The donation is a way of placing a bet on a tool that integrates well with Kubernetes. “There’s this real yearning for essentially a standard that can be built upon by everyone in the industry when it comes to these core primitives, essentially,” Skillington said. “And Prometheus is one of those primitives. We want to continue to solidify that as a primitive that stands the test of time.”

“We can’t build a self-driving car if we’re always building a different car,” he added.

PromLens builds Prometheus queries in a sort of integrated development environment (IDE), Skillington said. It also makes it easier for more people in an organization to create queries and understand the meaning and seriousness of alerts.

The PromLens tool breaks queries into a visual format and allows users to edit them through a UI. “Basically, it’s kind of like a What You See Is What You Get editor, or WYSIWYG editor, for Prometheus queries,” Skillington said.

“Some of our customers have tens of thousands of these alerts to find in PromQL, which is the query language for Prometheus,” he noted. “Having a tool like an integrated development environment — where you can really understand these complex queries and iterate faster on, setting these up and getting back to your day job — is incredibly important.”

Check out the full episode for more on PromLens and the current state of observability.