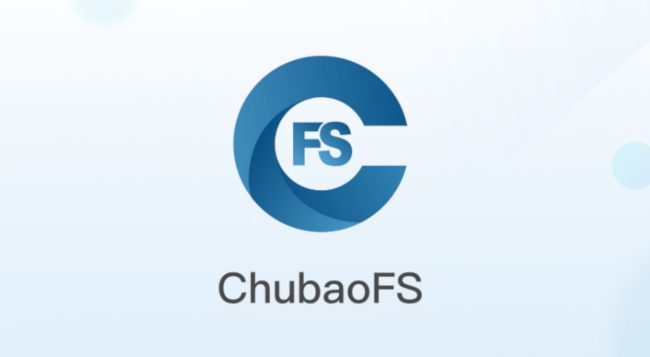 Chinese online retailing giant JD.com contributed the file system to CNCF. The team behind the project contend that ChubaoFS is uniquely suited among distributed file systems to support cloud native workloads, thanks to its virtually unlimited scalability and a robust metadata subsystem spread across the working memory of multiple nodes.

“ChubaoFS offers an innovative new option for general-purpose distributed/shared storage infrastructure regardless of file size or file access pattern,” said ChubaoFS creator, JD Chief Architect and Technical Vice President Haifeng Liu, in a statement. Created internally in 2017, the file system supports JD.com’s Kubernetes-based container platform, running more than 160 applications and services. ChubaoFS has been deployed on thousands of nodes and its p99 latency can reach 5 milliseconds, according to engineers at the company. 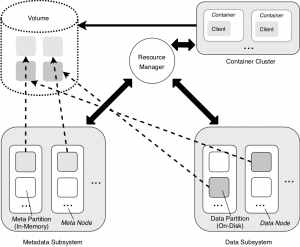 Each ChubaoFS volume can be seen as a complete file system from the vantage point of one container, or multiple containers sharing data (ChubaoFS can serve both containerized and uncontainerized environments). Because ChubaoFS implements the POSIX file system semantics, it can be mounted by the Linux OS just like a local filesystem. Volume sizes can range from a few gigabytes to several terabytes. A ChubaoFS cluster can have hundreds of thousands of separate volumes, or file systems, where each volume can have Elastic Block-level storage space.

It also provides a Simple Storage Service (S3)-compatible object storage interface that can be programmed against.

ChubaoFS consists of a metadata subsystem, a data subsystem, and a resource manager. Offering both object and file storage, ChubaoFS offers strong replication consistency and is particularly well-optimized for quickly handling small files — another favorable trait for supporting cloud native workloads. ChubaoFS works well with Kubernetes as its underlying storage infrastructure in that it separates compute from storage. It has been integrated with container storage interface (CSI) and Helm.

ChubaoFS is one of a number of high-performance, highly-scalable distributed file systems that are earmarked for cloud native workloads. For those who want to comparison shop, the FAQ section of the ChubaoFS site offers some critiques of other choices: Ceph can be difficult to learn and hard to optimize. Both HDFS and MooseSF suffer from single-node based metadata bottlenecks. Like ChubaoFS, Facebook’s Haystack keeps he metadata in main memory for performance, though unlike Facebook’s, ChubaoFS stores in this memory the actual physical offsets, instead of logical indices, of the file contents. Also it doesn’t require garbage collection, as files are deleted in realtime according to user requests.

According to GitHub stats, the project has, as of the time of this post, 419 commits from 19 contributors. Currently, ChubaoFS can be run on X86_64 and AMD platforms.

JD.com uses a range of open source and CNCF technologies in its ops, including Kubernetes, Vitess, Prometheus, Helm, and Harbor.

Joab Jackson is Editor-in-Chief for The New Stack, assuring that the TNS website gets a fresh batch of cloud native news, tutorials and perspectives each day. He has logged over 25 years in infrastructure IT journalism, including stints at IDG,...
Read more from Joab Jackson
SHARE THIS STORY
RELATED STORIES
What TNS Readers Want in 2023: More DevOps, API Coverage 5 Best Practices for DevSecOps Teams to Ensure Compliance What LaunchDarkly Learned from 'Eating Its Own Dog Food' What Trouble Awaits Cloud Native Security in 2023? Kubernetes App Deployment from the Command Line
The Cloud Native Computing Foundation is a sponsor of The New Stack.
SHARE THIS STORY
RELATED STORIES
What Trouble Awaits Cloud Native Security in 2023? Why CIEM Plays a Key Role in Your Cloud Security Strategy How Capital One Performs Chaos Engineering in Production Kubernetes Needs to Take a Lesson from Portainer on Ease-of-Use Prometheus at 10: What's Been Its Impact on Observability?
THE NEW STACK UPDATE A newsletter digest of the week’s most important stories & analyses.
The New stack does not sell your information or share it with unaffiliated third parties. By continuing, you agree to our Terms of Use and Privacy Policy.