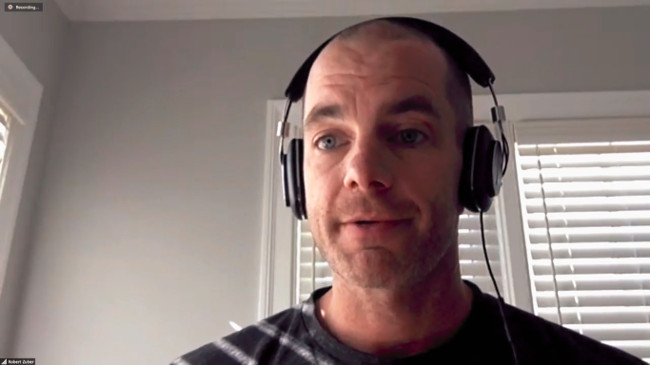 Like a lot of startups, CircleCI started with a monolith, running on Amazon Web Services (AWS). But there was only so much that could be done to keep the monolith performing when by 2015 the company’s success required greater scalability. On this new episode of The New Stack Makers, TNS founder Alex Williams caught up with CircleCI’s Chief Technology Officer Rob Zuber in a live-streamed discussion to dig deeper into the architecture workings behind the organization.

CircleCI had built its own job scheduler in 2011 because there was nothing on the market that matched what they needed. By 2015, however, the company had made a conscious decision to use third-party tools instead of building its own, including the Cloud Native Computing Foundation’s Kubernetes container orchestrator, Docker containers, AWS, and HashiCorp’s Nomad scheduler. In managing Kuberenetes on AWS, Zuber noted that CircleCI has faced some issues as Kubernetes is not officially supported by AWS, but that the overall experience has been positive.

“In terms of managing our own infrastructure, what mattered to us was the ecosystem,” he said. “Kubernetes is a scheduler, but with it are all of these tools people have built to help us do our job. It was becoming pretty clear Kubernetes was a leader in terms of the amount of support it was getting.”

Alex Williams is founder and editor in chief of The New Stack. He's a longtime technology journalist who did stints at TechCrunch, SiliconAngle and what is now known as ReadWrite. Alex has been a journalist since the late 1980s, starting...
Read more from Alex Williams
SHARE THIS STORY
RELATED STORIES
The Top 4 Threats to Securing Your Cloud Infrastructure Data, Analytics and AI: What Will Happen in 2023 What Trouble Awaits Cloud Native Security in 2023? Swarm, a User-Friendly Alternative to Kubernetes Choosing the Right Container Native Storage for AWS Public Cloud
TNS owner Insight Partners is an investor in: The New Stack, Docker.
SHARE THIS STORY
RELATED STORIES
Kubernetes for Windows Kubernetes Needs to Take a Lesson from Portainer on Ease-of-Use Crossplane: What Most People Get Wrong (and How to Get It Right) 5 Best Practices for DevSecOps Teams to Ensure Compliance Kubernetes App Deployment from the Command Line
THE NEW STACK UPDATE A newsletter digest of the week’s most important stories & analyses.
The New stack does not sell your information or share it with unaffiliated third parties. By continuing, you agree to our Terms of Use and Privacy Policy.