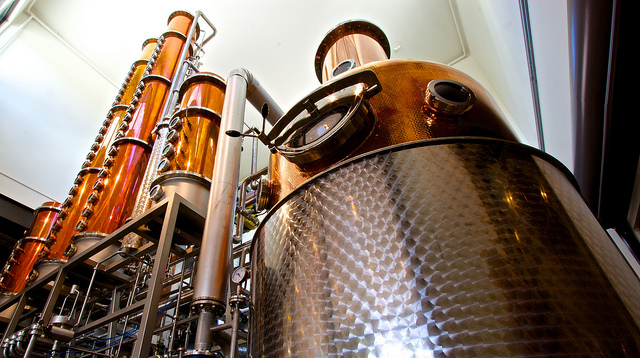 Continuous integration and continuous delivery startup CircleCI has made its first acquisition, Distiller, to add support for testing iOS and Android apps.

“When we started talking to Distiller earlier this year, their focus was on building an iOS CI product that was really high quality and solved these cumbersome problems. It was exactly the same kind of process and the same kind of product we had been building for people who do CI for web applications,” said Paul Biggar, co-founder and CEO of CircleCI.

“When we started building Circle, we wanted to bring a Heroku-type experience to CI and take away all the difficulties in setting up continuous integration and setting up people’s builds, make it an incredibly seamless and low-touch experience, and that was exactly what Distiller was talking about for iOS.”

Distiller has been more focused on iOS, but added Android expertise to CircleCI’s Android support that Biggar conceded “needed some love.”

“With iOS, the problems people have are getting repeatable builds – it’ll work on one machine, but not another – there’s the difficulty of setting up Xcode in the developer tools, so seeing Distiller solving in the same high-level, high-quality way that we were, it was an obvious match from our standpoint.”

Now the company’s architecture is split between a data center of iOS machines and Linux containers that run on Amazon Web Services.

It’s a hot space with competitors including CloudBees, Codeship, Drone.io, Semaphore, Travis CI, Shippable as well as HP and other big-name vendors.

Both integrate with Git repositories and as developers write code, they test and allow developers to deploy apps through partner services such as TestFlight, which Apple acquired in February, and HockeyApp.

Automating downstream processes is vital for companies such as Etsy, with releases more than 50 times a day.

“The big differentiator we have is the big focus on what do companies need to be more productive. …From day one — and this has been Distiller’s focus — how do people making web products and apps get their teams to be significantly more productive and just ship code faster. Everything we have is all about commercial web teams building stuff faster. …It’s all about velocity for development teams,” Biggar said.

CircleCI announced in February that it had raised $6 million in funding from venture capital firm DFJ on top of a $1.5 million round the previous year. It announced support for Docker containers in August.

“A lot of enterprise customers want to run their own instances of Circle on Amazon. … We have a version of Circle in alpha that will run on their own AWS accounts and that will connect to GitHub Enterprise,” Biggar said.

The link between faster software releases and increased revenue is boosting traction for continuous delivery in the enterprise, according to independent analyst firm Enterprise Management Associates.

Susan Hall is the Sponsor Editor for The New Stack. Her job is to help sponsors attain the widest readership possible for their contributed content. She has written for The New Stack since its early days, as well as sites...
Read more from Susan Hall
SHARE THIS STORY
RELATED STORIES
Coherence Strives to Streamline Cloud Developer Experience Engineering Best Practices of CI Pipelines Building a To-Do App using GitHub Actions, Playwright, Next.js Interest Growing in Dart and Flutter for Mobile How Yarn Workspaces Accelerated LinkedIn Code Delivery
TNS owner Insight Partners is an investor in: Docker.
SHARE THIS STORY
RELATED STORIES
4 Tips to Avoid Downtime Risks and Start the New Year Strong Argo CD and Flux Are CNCF Grads: But What Now? Kubernetes CI/CD Pipelines Explained Kubescape: A CNCF Sandbox Platform for All Kubernetes Security Interest Growing in Dart and Flutter for Mobile
THE NEW STACK UPDATE A newsletter digest of the week’s most important stories & analyses.
The New stack does not sell your information or share it with unaffiliated third parties. By continuing, you agree to our Terms of Use and Privacy Policy.