CircleCI to Customers: Change All Secrets and API Tokens NOW! 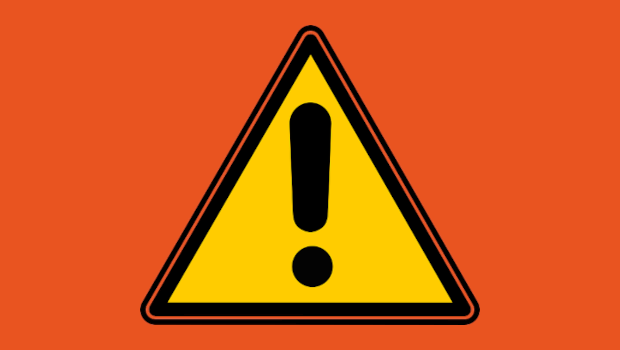 We all know keeping secrets, such as passwords, credentials, keys, and access tokens, in our code, is a bad security idea. But, thanks to code-driven automation with secrets and continuous integration/continuous delivery (CI/CD) we do it anyway. And, sometimes, it comes back to bite us: Hard.

Such is the case with CI/CD company CircleCI. While the company doesn’t know yet exactly what went wrong with a “security instance,” CircleCI CTO Rob Zuber, has blogged: that you should:

Zuber added, “Additionally, if your project uses Project API tokens, we have invalidated those and you will need to replace them.”

That said, Zuber said customers can still build their projects on CircleCI’s service. “We are confident that we have eliminated the risk that led to this incident,” Zuber wrote.

This is bad news with a capital B for CircleCI’s million-plus users. As one user put it on Reddit, “F**k, there goes the rest of my week… My company deploys several hundred websites through CircleCI, each with their own secrets…”

CircleCI promises to tell everyone about the incident as it completes its investigation. In the meantime, do as its say and change out your secrets. Users can continue to use

Mind, you don’t have to put secrets in your code. Or, if you do, make them temporary and auto-rotate them every hour or so. Or, better yet, use environment variables to hold secrets. Then, manage these secrets with programs such as Azure Key Vault, HashiCorp Vault, or AWS Systems Manager Parameter Store. You should also use role-based access (RBAC), so only authorized people can access even the encrypted secrets and variables.

CircleCI will support you in this. For example, the CI/CD service now supports OpenID Connect identity tokens. This enables your CircleCI jobs to authenticate with cloud providers that support OpenID Connect, such as AWS, Google Cloud Platform, and Vault, while avoiding the use of static secrets.

That said, you should also note that CircleCI appears to be in trouble. In December 2022, the company laid off 17% of its staff. CEO Jim Rose warns that this meant, “it’s not business as usual.” Potentially leaking its users’ secrets certainly counts as “not business in the usual” in the worst possible way.

SHARE THIS STORY
RELATED STORIES
DevPod: Uber's MonoRepo-Based Remote Development Platform Enriching Dev Experience with Speedy Continuous Integration Argo CD and Flux Are CNCF Grads: But What Now? 4 Tips to Avoid Downtime Risks and Start the New Year Strong Kubescape: A CNCF Sandbox Platform for All Kubernetes Security
Amazon Web Services, CircleCI and HashiCorp are sponsors of The New Stack.
SHARE THIS STORY
RELATED STORIES
EngFlow Harnesses Google Bazel for Faster Monorepo Builds 8 GitHub Actions for Setting Up Your CI/CD Pipelines DevPod: Uber's MonoRepo-Based Remote Development Platform Top 5 Considerations for Better Security in Your CI/CD Pipeline The Main Goal: Secure the Application Workload
THE NEW STACK UPDATE A newsletter digest of the week’s most important stories & analyses.
The New stack does not sell your information or share it with unaffiliated third parties. By continuing, you agree to our Terms of Use and Privacy Policy.