CircleCI is extending its CI/CD tools to offer a pull  API experience — instead of the traditional pull — for DevOps teams with its webhooks tool.
Sep 17th, 2021 3:00am by B. Cameron Gain 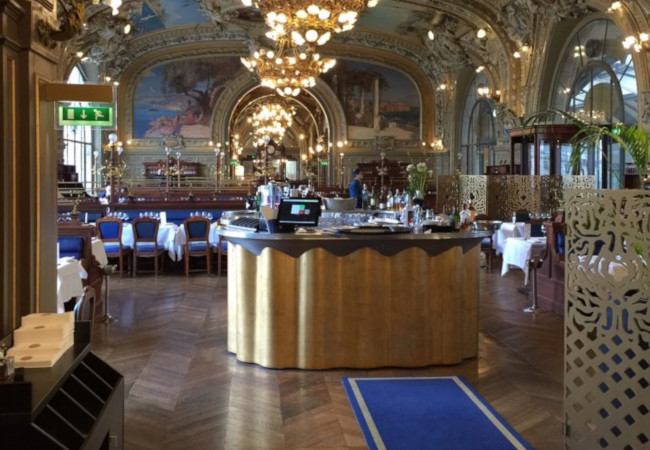 CircleCI is extending its CI/CD tools to offer a pull  API experience — instead of the traditional pull — for DevOps teams with its webhooks tool.

With webhooks, an API sends pre-requested data to an endpoint with additional information about what further action to take if needed. It is possible to use webhooks to create customized notification systems to alert when a job is completed, or to ping incident response tools to alert of incidents to help improve workflow and response, Tom Trahan, vice president of business development at CircleCI, described.

It is possible to rely on webhooks to “visualize and analyze job and workflow events when they occur, or inform incident management tools of pipeline updates,” Trahan told The New Stack. For example, a developer can connect CircleCI with tools such as Airtable to aggregate data on completed workflows or jobs. “With webhooks, customers are able to create even more flexibility within their software development pipelines,” he said. 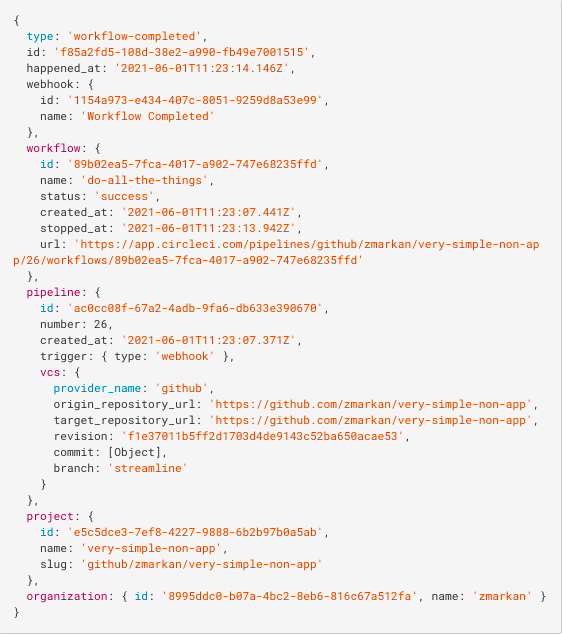 An example of a webhook payload.

In a webhook payload that contains information on the workflow that has been completed, the workflow’s name, status, timings and the associated project, pipeline, commit and the trigger that began the pipeline execution are communicated.

The idea is to also help offer DevOps teams gain better visibility into changes made to applications to ultimately improve CI/CD and operations once software is deployed.

“What you ultimately want is an end-to-end process that allows for the fastest possible flow of information about a new value, combined with the highest possible confidence that that new value is not going to have unintended effects,” Trahan said. “And so when we look at ideas for what our customers want to do with pipelines, we look at ways to connect with the downstream world that the operations folks live in, in terms of monitoring and everything else they need.”

To that end, the creation of webhooks exemplifies CircleCI’s ambition to further extend its CI/CD tools to support DevOps teams, Trahan said. Webhooks thus reflect the type of support CircleCI provides and will continue to provide with new tool and platform releases in the future.

“It’s about accommodating [DevOps teams] that consist of multiple parties with multiple different systems, all being coordinated together in a complex environment, and you need to be able to create that connection, integration and orchestration — frankly —  to make sure you can manage it all effectively as it migrates through the entire value chain,”  Trahan said. “With webhooks, we want to make it as  easy as possible for the end user to integrate webhooks with any of their systems, using Datadog, Sumo or maybe their own custom-built dashboard observability systems internally and to use webhooks and APIs to get everything that they need to integrate with their systems.”

BC Gain’s obsession with computers began when he hacked a Space Invaders console to play all day for 25 cents at the local video arcade in the early 1980s. He then started writing code for very elementary games on the...
Read more from B. Cameron Gain
SHARE THIS STORY
RELATED STORIES
Here’s How to Tame Your API Sprawl — and Why You Should Composing a Platform by Patching Crossplane Resources What TNS Readers Want in 2023: More DevOps, API Coverage How to Build an API-Centric Digital Architecture The Flywheel Effect of Kubernetes APIs
CircleCI is a sponsor of The New Stack.
TNS owner Insight Partners is an investor in: The New Stack.
SHARE THIS STORY
RELATED STORIES
Planning User Roles for Your Application 5 Ways to Improve Your Web Application and API Security Platform Engineering in 2023: Dev First, Collaboration and APIs Building Access Permissions into Your API Improve the Quality of Your APIs with Spectral Linting
THE NEW STACK UPDATE A newsletter digest of the week’s most important stories & analyses.
The New stack does not sell your information or share it with unaffiliated third parties. By continuing, you agree to our Terms of Use and Privacy Policy.