With its recently released CircleCI Free Plan, CircleCI is opening up its continuous delivery and release management capabilities to a vast audience of potential users.
Jan 21st, 2022 3:00am by B. Cameron Gain 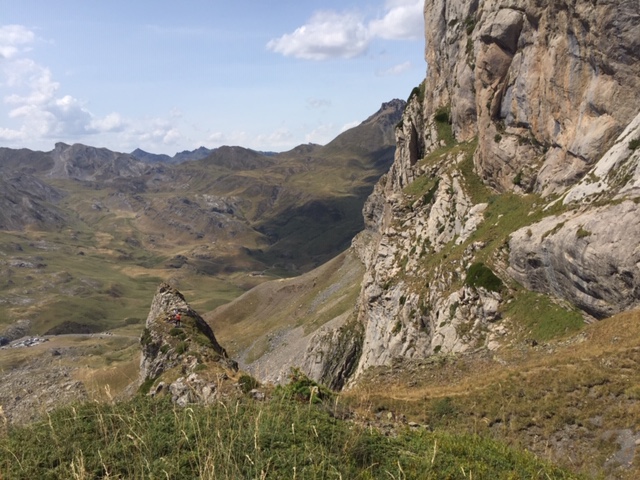 CircleCI is a comprehensive CI/CD platform that has become more accessible as it has unlocked all of its enterprise features for its freemium version. DevOps teams now have access to CircleCI’s full suite of enterprise-grade configured pipelines, CircleCI’s orbs (which are YAML-based reusable configuration files) scheduled workflows and other features free of charge — still, users (an unlimited number per organization) must begin to pay after consuming 6,000 build minutes per month.

During a recent video meeting with The New Stack, CircleCI CEO Jim Rose explained how the move to extend CI/CD freemium capabilities was impacted by how DevOps teams’ development and deployment needs are becoming increasingly complex. With the previous free versions, the range of environments — from deploying on Linux containers to developing distributed microservices environments — was limited. Not only are pipelines getting more complicated, but the types of applications and the inputs into those applications are getting “so much more complicated as well,” Rose said.

“Our goal from a freemium perspective is to give developers kind of the full experience on a platform so that they can really feel the whole experience and the whole stack soup to nuts and be able to ship software without necessarily having to pay us,” he said. “We really only seek to get into a commercial relationship with a customer when people are building software commercially. It is when they’re actually building software for money, when they need commercial-type support, that it makes sense for customers to [upgrade to the enterprise version]. We were realizing that these folks, who were really trying to get started earlier and earlier, and were running into these very complex problems, were maxing out our freemium offering without being able to really experience CircleCI as a whole.”

For the developer, it is now possible to take advantage of CircleCI’s enterprise platform’s abstraction of processes. The idea is for them to be able to create and commit application code without having to learn and manage the complexities of more pipeline-related and operations tasks (many of which are automated).

By integrating with GitHub, GitHub Enterprise or Bitbucket for version control, the platform automatically creates a pipeline. Testing is automated, so that every commit is also automatically tested. Alerts are issued when pipelines fail. CircleCI has also abstracted away the use of Jenkins, thus doing away with what is often a steep learning curve required to create applications for Kubernetes with Jenkins. For CD, notifications are sent when failures occur (such as by Slack). When updates and deployments go wrong, records and observability features help to determine what the fixes are.

“What you want to be able to do is quickly roll back, get back into the data, assemble the feedback about what broke with that change, and push that feedback back up to the person who’s responsible for that change, so that they can barely say, ‘oh, shoot, well, that didn’t work,’” Rose said. “Let me figure out what broke and then they can work and fix it and push and trigger the process again.”

Specific tools now on offer with the free version include a set of packages, called “orbs,” to bring the recommended guardrails and automation to the deployment side of organizations that use its CI/CD software and services. The orbs come from a number of partnerships in the industry, like the Salesforce orb that allows for testing and deploying Salesforce customizations. There’s also a Google CloudRun orb that allows for CloudRun serverless containers to run in the cloud without concern for the underlying infrastructure. Another popular addition will be Kubernetes orbs, which create a generic base for organizations running private Kubernetes clusters, deployable to Amazon EKS, Azure Kubernetes Services, Google Kubernetes Engine and Red Hat OpenShift.

DevOps teams can also integrate their favorite tools and platforms with CircleCI:

Successfully abstracting CI/CD by both simplifying and automating much of the work involved with software development and creating the requisite infrastructure on which software is deployed ultimately helps to support meeting business goals. According to a recent research report by McKinsey & Company, the “best-in-class tools are the primary driver of developer velocity. Organizations with strong tools — for planning, development… collaboration, and continuous integration and delivery — are 65 percent more innovative than bottom-quartile companies.” The fundamental advantages that optimized CI/CD with the right tools and processes offer are well demonstrated, whether an organization is developing applications for new kinds of computing environments or is seeking to improve the end-user experience of more classic types of applications.

“Everyone likes to talk about Kubernetes and machine learning and AI and everything else, and there are lots of really interesting and cool things going on there — but a lot of folks just want to build a commit and want it packaged and deployed in this data center or cloud environment,” Rose told The New Stack.  “I think what we have found, though, is that over time, what’s happening is people are starting at that base level of automation, and then they’re moving really fast. It used to take a while for a customer to kind of find their sea legs and then actually really start to automate all these steps — and now it’s happening in a much, much shorter and simpler way.”