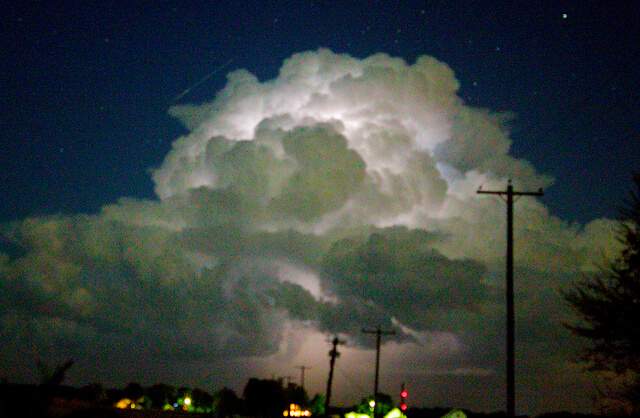 Cisco has launched a software-driven architecture for managing branch and WAN operations, called the Digital Network Architecture (DNA), that has some networking pros hailing the new technology and others are taking a wait-and-see approach.

In a blog post, Rob Soderbery, Cisco’s senior vice president and general manager for the Enterprise Networking Group, said the architecture and solutions were just the first in a wave to come for intelligent WAN (IWAN) and network operations teams.

DNA grew out of all the talk about Software Defined Networking (SDN) and Network Functions Virtualization (NFV), which decouple the software and management from the underlying hardware, a direction competitors such as Arista and Juniper are taking as well.

Prashanth Shenoy, Cisco’s senior director of enterprise networks, calls it a “monumental shift” in direction for the company and says it will require changes among its enterprise customers as well.

“As our customers are going through this digital transformation journey where they’re disrupting their competitors, it’s becoming increasingly important for them to take a fresh look at this connecting foundation, which is the network, and see how they can leverage the network to drive their business — drive innovation, drive better security, [address] cost and complexity of their business,” he said.

He pointed to three ways in which the network needs to change:

“People have been talking about these things, but not put all these aspects together,” which he says an architectural approach will offer.

DNA is built on five guiding principles: virtualize everything, automate management, analyze everything, employ one policy for the entire network and keep every layer of networking as open and extensible as possible.

DNA’s foundation is the APIC-Enterprise Module (APIC-EM) controller, which can run up to 4,000 devices form a single instance. Its Plug and Play software aims to make roll-outs to remote locations easier. The EasyQoS service enables the network to prioritize applications according to policy.

The company is focused on making it open, programmable and software-as-a-service-centric. Asked what “open” means in this context, he said software, APIs and hardware will be programmable for customers.

“We’re offering these APIs not only at the hardware level but also the operating system level so our customers can do two things: They can extract all the network complexity, not at a box-by-box level of managing, orchestrating and troubleshooting, but with these APIs and other tools we’re building and offering for free, they can build their own custom applications and program across the board,” he said.

Cisco will be contributing to OpenStack and other open source standards and bodies and using standard definitions of APIs for it’s easier for customers who have mixed environments to build their own applications. Cisco is part of the Linux Foundation networking project FD.io. And it’s open to making its software run on third-party hardware.

It will all be programmable through REST APIs, so customers can program the hardware, the operating system and build applications on top of the server and analytics platforms, he said. The company will be focusing on providing more analytics through the rest of the year.

It’s meant as a complement to its Application Centric Infrastructure aimed at the data center. Cloud service management is where ACI and DNA work together to provide a single way to understand application profiles, user profiles and control that through policies, he said.

One of the key things that’s needed in a change in the mindset and the culture of IT, especially in the networking field, Shenoy said.

“This is one of the key things that DNA helps them to achieve, to make their lives easier,” he said, adding that the company also will be focused on helping networking pros undertake this shift.

The device- and hardware-centric networking of the past 25 years is being replaced with a focus on software-defined infrastructure. And Cisco dominates the networking market – at least for hardware. Synergy Research Group recently reported that Cisco owns 56 percent of the worldwide switching and router market.

“This is a major shift in Cisco’s Enterprise strategy to avoid losing revenue to public cloud and the Internet,” says Greg Ferro, a network engineer/architect and analyst/writer at Ethereal Mind and host of the PacketPushers podcast, who’s pleased that Cisco is “finally” bringing NFV to the enterprise.

“The strategy is aspirational today with many pieces missing or in early stages, but customers should be assured that Cisco, at least, understands the need to change,” he added.

Network engineer and fellow PacketPushers host Will Morrell says he’s eager to see how Cisco has worked out issues including scalability with the network controller APIC-EM.

“Simplicity at the branch is a real goal we should all have as engineers,” Morrell wrote. “The less moving parts, the easier our job is. The fact that they want to enable this deployment technology on x86 devices as well, though, that’s a big step for Cisco in my opinion. This NFV architecture announcement alone would have been worth having a party over.”