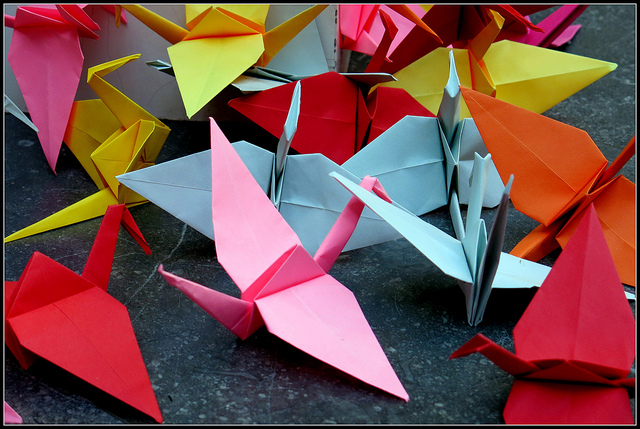 This was a good week for cloud watching. Citrix’s sold its CloudPlatform portfolio to Accelerite and announced the purchase of Comtrade’s management packs for Microsoft System Center Operations Manager (SCOM).

The moves highlight the growing importance of hybrid cloud and multi-cloud capabilities rather than a single-cloud focus, according to Jay Lyman, 451 Research analyst.

In November, Citrix announced a restructuring that will return its focus to its core products including XenApp, XenDesktop and NetScaler, a network optimization product.

In a report on the deal, Lyman and colleague Al Sadowski say they expect more Citrix divestitures in the coming months, yet the company is still making acquisitions, as evidenced by the Comtrade deal.

“In the past, Citrix has made investments in two rival platforms, OpenStack and CloudStack. By spinning off CloudPlatform, it eliminates any perceived bias toward either camp. However, it will be important to compare Citrix’s future investment in both open source platforms to see where it is finding traction. Accelerite, on the other hand, benefits from an additional choice in its growing software portfolio to continue providing an open source alternative or pairing to public clouds such as AWS or Microsoft Azure,” Lyman and Sadowski’s report states.

CloudStack was among the assets from Citrix’s $200 million purchase of Cloud.com in 2011. While Citrix was focused at times on CloudStack, it later joined the more popular OpenStack camp and donated the CloudStack code to the Apache Software Foundation in 2012. CloudPlatform is its open source cloud orchestration platform.

“The fact that CloudStack is consistently called the more mature, more enterprise-ready or more capable out of the box – which we believe to be true – often stems from the fact that its all-important cloud orchestration capability is more mature and proven than OpenStack’s orchestration,” the 451 Research report stated.

It’s built its business by acquiring what CEO Nara Rajagopalan refers to as “neglected hidden gems” from larger companies, starting with buying end-point-management system Radia from Hewlett-Packard. It immediately doubles or triples investment on engineering those products, then expands into new areas, he said. For instance, on Thursday, it kicked off a soft launch of an endpoint security product created from the Radia technology.

In 2015, it acquired RGEN, a consulting and IT company with expertise in the Microsoft stack; Aepona Holdings, an Irish company that Intel acquired in 2013 that allows service providers to open up their networks to developers through the cloud; and Convirture, a unified management provider for virtualization and cloud environments. It just launched a hybrid cloud self-service management product line from the Convirture purchase for AWS, VMware, Hyper-v, KVM and XenServer.

“When we saw Cloud Platforms, this was just a tremendous opportunity for us,” said Rajagopalan, who is based in San Francisco. “In the cloud area, we have done a few acquisitions, but this is the most interesting one we’ve done so far.

“The marketing battle was clearly won by the OpenStack guys, “ he says. Indeed, 451 Research projects the OpenStack market will reach $2.4 billion by 2017. “But Citrix was extremely successful in having phenomenally large deployments of CloudStack. Telcos are running their platforms on this; really large enterprises are running private clouds on this. It’s a phenomenal customer base.”

Rajagopalan points to VMware, OpenStack and CloudStack as the Big Three in the enterprise cloud market. Of the roadmap going forward, he said, “The market is changing rapidly. There are guys like Nutanix who say that hyper-converged is the next wave. Docker is out, saying virtualization is old weight, you need containers. But the management infrastructure around Docker is primitive at best — way too nascent.

“VMware, OpenStack and CloudStack, we’re all rushing toward a cloud promised land, which is ‘how do I solve a scale-out cloud that can seamlessly scale in and out, either applications or infrastructure? Where do containers fit in? Where does virtualization fit in? Where does database-as-a-service fit in? Is hyper-converged the right way? Is there another way?’

“… All these answers are ahead of us. Our goal is to work with all these guys. I think the pie is so large, there’s going to be enough for all of us.”

Though other vendors might argue with the notion, said Rajagopalan asserted that “bare metal is a thing that’s completely untouched in a product form. Everyone has a project toward bare metal, but today, the management infrastructure you use for bare metal servers is different from the one you use to manage hypervisors and the third one — containers. It really depends on the cloud, hybrid cloud is still a problem … It’s completely fragmented in my opinion. Our goal is to provide a unified solution that expands with tomorrow’s cloud.”

In their report, Lyman and Sadowski say they expect to see continued disruption and consolidation in the cloud management platform space, where players such as Dell, Red Hat, RightScale, Scalr and VMware dominate.

Meanwhile, “Comtrade has created valuable native integration of monitoring services for XenApp, XenDesktop and Citrix Workspace Suite with Microsoft SCOM, giving enterprises true end-to-end management of the Citrix environment from one console. By bringing Comtrade management packs in-house, we will be able to provide our customers with greater control over their infrastructure and end user performance.” Calvin Hsu, vice president of product marketing, Windows App Delivery at Citrix, said of the IP acquisition.

Simon Taylor, senior vice president and general manager of Comtrade, pointed to “massive renewed focus” in the Citrix product group and ecosystem overall on its core products and sees the acquisition as an outgrowth of that.

Comtrade spent the past 10 years creating plug-ins between the Citrix portfolio and Microsoft’s systems center. In addition to the breadth of its technology, he believes Comtrade’s customer base and partner and channel networks also were attractive to Citrix.

“We became a bridge [between them], offering a whole new level of end-user monitoring and infrastructure management of every area of these two portfolios,” he said, and the acquisition will “fatten up” the offerings for Citrix’s Platinum customers.

Comtrade and Citrix also signed a software development agreement to keep the original Comtrade software engineers who built the technology working on it for the foreseeable future.

Susan Hall is the Sponsor Editor for The New Stack. Her job is to help sponsors attain the widest readership possible for their contributed content. She has written for The New Stack since its early days, as well as sites...
Read more from Susan Hall
SHARE THIS STORY
RELATED STORIES
Retrospective: Why Was Cloud Foundry at KubeCon? OpenTelemetry Properly Explained and Demoed The Rise of the Kubernetes Native Database Docker versus Kubernetes: Start Here Takeaways from the ESG GitOps and Shift Left Security Survey
TNS owner Insight Partners is an investor in: The New Stack, Docker.
SHARE THIS STORY
RELATED STORIES
.NET 7 Simplifies Route from Code to Cloud for Developers Do You Need a Managed Database? The Latest Milestones on WebAssembly's Road to Maturity OpenTelemetry Properly Explained and Demoed Install Dozzle, a Simple Log File Viewer for Docker
THE NEW STACK UPDATE A newsletter digest of the week’s most important stories & analyses.
The New stack does not sell your information or share it with unaffiliated third parties. By continuing, you agree to our Terms of Use and Privacy Policy.