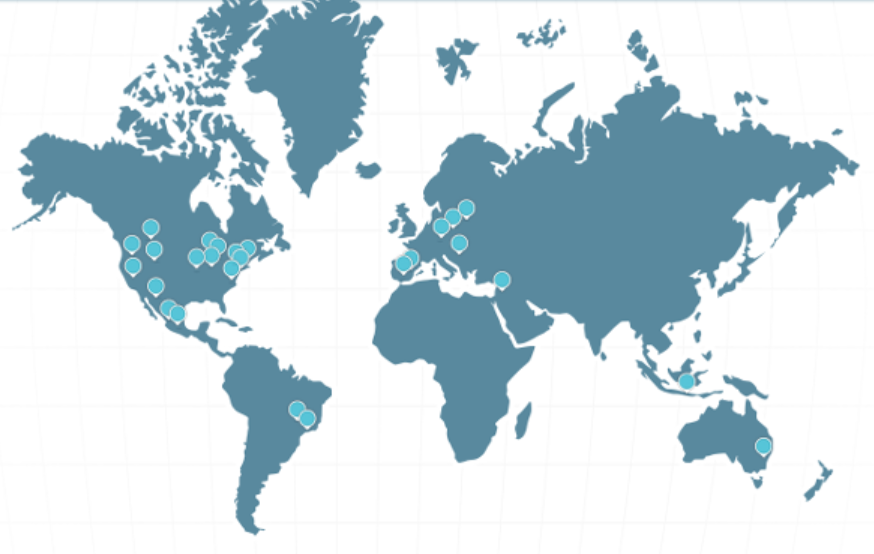 While navigation apps such as Google Waze may be a godsend for travelers, they can have some undesirable second-order effects of the residents in the areas that travelers are journeying through.

“Call it planners versus algorithms,” joked USA Today, in a recent article highlighting the hidden struggle between city traffic managers and commuter-assisting apps. “[A]t the end of the day, the purpose of the bots is to make use of all available road space, main thoroughfare or country lane,” they explain. Or as Julie Mossler, Waze’s head of brand and global marketing says, “We find the open road and spread cars across the grid.”

But that’s not always what’s wanted by local homeowners — and even city traffic planners.

“Residents and local businesses have filed complaints about the traffic hindering parents from picking up their children from school,” reported one Silicon Valley television station back in January, adding “The traffic has even prevented residents from leaving their driveways. Last year, a 5-year-old was killed by a commuter.”

The station describes how the city of Fremont responded: With more stop signs, longer traffic signals, and lower speed limits to make the routes less attractive — plus metering lights at on-ramps, and rush-hour restrictions on turns. But unfortunately, then the city discovered that their new rules hadn’t found their way into the databases for most of the navigational apps.

“While we continue to make strides with Waze, we haven’t been as successful with other traffic routing apps,” Fremont’s police department complained on Facebook, “and we continue to struggle to reach the commuters who don’t live in our City or follow our social accounts.”

But they’d prefer to educate the public rather than endlessly writing tickets, according to local news reports, and “Public Works has taken a unique approach to educating drivers of these turn restrictions by adding dynamic streets signs that state “Don’t Trust Your Apps … No Left Turn”.

There’s just one problem: if you make one city side street less attractive, the apps will just route people to another one. The director of the Washington State Transportation Center says that if traffic is like water, “The water often finds a new route around the dam.”

And of course, it’s not just happening in Fremont, California.

“Fremont’s situation is playing out in towns and cities across the U.S.,” reports USA Today, “with municipal planners just starting to grasp the scope of the challenge.”

The newspaper points out that “Boston’s winding streets, some of which date back to cow paths from the 17th century, make the city especially prone to drivers taking shortcuts and back routes to get around congestion.” And Boston’s city’s chief information officer, Jascha Franklin-Hodge, believes this is just the beginning. What happens when these side-street shortcuts all get integrated automatically into more cars — or become the standard navigational strategy for self-driving cars?

At the same time, Hodge acknowledges that “We can’t force an app maker to embed communal goals into their app,” a point echoed by the director of the Washington State Transportation Center. He believes Waze is more interested in keeping their customer’s satisfied (so they don’t switch to other apps). But he also believes today’s quiet cars may make drivers less aware of how just fast they’re driving through residential neighborhoods.

“Municipal authorities are aware that the bots are always one or even 10 steps ahead,” USA Today reported.

Of course, there are two sides to every story. Nearly two years ago the Los Angeles Times ran an op-ed about “traffic NIMBYs”. “As far as I’m concerned, as long you’re not speeding, drunk or under the age of 16, you should be able to drive any street you want at any time of day,” wrote producer/director Brian K. Roberts. “[T]he creators of Waze shouldn’t be vilified but should get a Nobel Peace Prize for spreading traffic around, reducing carbon emissions and maintaining the sanity of drivers all over the world.”

But this, of course, prompted some angry replies. One commenter wrote: “Since Waze came along, the traffic in front of my house backs up to a continuous 20 vehicles between 7 a.m. and 9 a.m. waiting at a stop sign. The noise, the radios blaring, the fumes of vehicles idling cannot be healthy … We had a peaceful residential home prior to Waze. Now we live on a pretend freeway.” But this didn’t happen by accidentally. Waze had apparently been consistently prioritizing L.A.’s highways over side streets, until their users began clamoring for more alternate routes, according to a June article in the New Yorker.

“Waze and Uber hit transportation planners so fast that we didn’t know what to do,” Sam Schwartz, a former traffic coordinator for New York City, told USA Today, who says it’s already being discussed by legislators in the hallways. “We need to get ahead of this, but we don’t know what to do.”

And The New Yorker also offers a glimpse into the city’s old method for managing traffic — “a bunker downtown, several stories below the sidewalk, where engineers stare at blinking lights representing traffic and live camera feeds of street intersections.”

So clearly things were ready for a change. 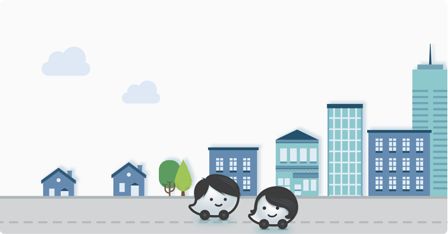 About 10 percent of the population of L.A. already use Waze, according to the article, and in April of 2015, L.A. mayor Eric Garcetti announced the city be tapping Waze data in a partnership promising “less congestion, better routing, and a more livable L.A.” And they’re not the only ones. Waze has a “Connected Citizens” program, where its offers their traffic data to cities, who in turn give Waze access to things like the data from the cities’ road sensors. “Many of the public data sets that Waze is drawing from — including both C.H.P. reports and L.A’s public-works database — are already available to anyone,” points out The New Yorker, “but formalizing the information-sharing with cities arguably lends Waze additional reach and credibility, forestalls political interference, and opens the door to deeper collaboration in the future.”

Waze’s head of growth suggested to The New Yorker that city insiders had mixed feelings. “It’s exciting, but people inside are also fearful because it seems like too much work, or it seems so unknown.” But Waze likes to point out that Boston reduced traffic congestion by 18 percent using its data about where the traffic jams were occurring to adjust the timing of traffic lights. And their Wiki makes a succinct case for why they feel it’s the wave of the future:

“In an era with smartphones, smart cars and smart homes, isn’t it about time we start building smarter cities?”