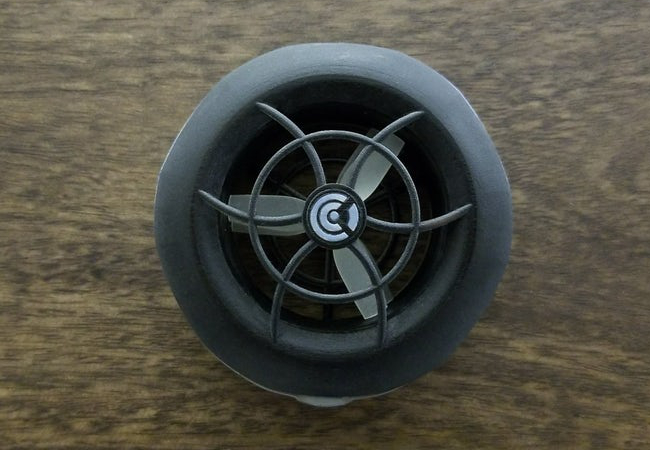 Most of us are likely familiar with the quadrotor drone, the most popular type of drone available on the market, which features four rotors that spin at high speeds to generate the lift necessary to keep these aerial machines flying. What’s also becoming quite familiar is the fact that many of these multirotor drones aren’t that easy to fly and therefore present the possibility of injury — either to pets, children or even unsuspecting wedding guests — when these speedy machines get out of control.

These issues of safety and ease of use surrounding multi-rotor drones are why Canadian co-founders and engineers Omar Eleryan and Simon Czarnota of Cleo Robotics have created their own rather clever donut-shaped alternative, which hides all the rapidly spinning components in a round shell. Watch this mini-donut in action:

Having debuted its ducted drone design during last year’s Consumer Electronics Show, Cleo’s creators were then relatively mum on some of the finer technical points behind how the device steers itself (it’s all apparently patented information). But in a recent piece on IEEE Spectrum, Eleryan revealed this tantalizing clue as to how this tiny UFO-like machine moves around: “We introduce control surfaces into the airstream to change the direction of the airflow and create a thrust vectoring effect.”

It’s hard to actually see these control surfaces from the video or images, but there are other features that make Cleo an attractive alternative to similar offerings on the market. For starters, compared to the typical small quadrotor drone, it’s small enough to fit into one’s pocket. Secondly, it’s controlled by a smartphone app, eliminating the need for bulky controllers and extensive flight practice. Best of all, there are no exposed blades, meaning that it’s safer to operate, and can even be used indoors.

In addition to having its two propellers stacked on top on one another within this protective housing, there are grills which shield the users’ fingers from harm if they grab the drone in mid-air. Cleo also includes a camera that can shoot high-definition video and battery tucked into its relatively compact package, which measures 95 mm (3.7″) in diameter, 33 mm (1.3″) thick and weighs 90 grams (3.1 ounces). Cleo’s clever ducted design means that it maintains stability much easier and is smaller than its multirotor counterparts.

According to Eleryan, the idea for Cleo came about after he and Czarnota purchased their first drone. Excited to get it flying, they took it to a local park, but things soon got a bit hairy when they realized that the drone was too large, loud and difficult to maneuver, and they were anxious about the drone potentially hurting some of the children in the park. Finally, after about ten minutes, the drone become lodged in a tree.

The pair’s frustration with this initial experience led them to develop something that would be more practical, more maneuverable and less hazardous to fly around.

“The idea behind Cleo was to create something very easy to use, very practical, and very safe,” said Eleryan. “Our goal is to create a safe and practical drone that we can seamlessly integrate into the workplace and daily life. It’s not just about creating a thing that flies — it’s also about creating something that will have a real use, and solve a real problem.” 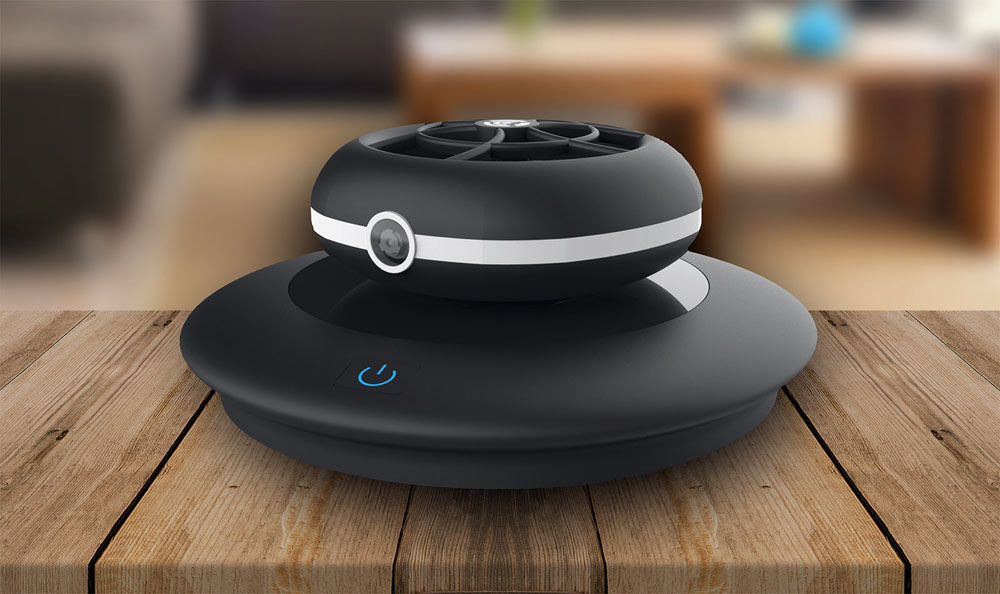 While the initial intention was to create a something that would function as a consumer-grade camera drone, the company now has set its sights higher, and plan to release a version for indoor surveillance and security purposes within the next year, while a more affordable consumer version is slated to come out sometime in 2019. Besides using it for surveillance, or for taking photos and videos, the company envisions this compact drone being outfitted with infrared cameras so it can be deployed in search-and-rescue missions.

The team is now working on incorporating computer stereo vision (which extracts three-dimensional information from digital images) and SLAM (Simultaneous Localization and Map Building), which allows the device to navigate and map its surroundings autonomously, all of which will work in conjunction with a neural network.

SHARE THIS STORY
RELATED STORIES
OpenSSF Aimed to Stem Open Source Security Problems in 2022 Improve the Quality of Your APIs with Spectral Linting Crypto Winter Puts Dampener on Web3 Developer Growth OpenAI, ChatGTP and the Next Age of 'Build'  Boost Customer Engagement with Real-Time Data
SHARE THIS STORY
RELATED STORIES
Netlify Acquires Gatsby, Its Struggling Jamstack Competitor FAA Flight Cancellations: A Lesson in Application Resiliency How Platform Engineering Can Improve DevOps Collaboration Why Trust and Autonomy Matter for Cloud Optimization State of the API: Monetizing API Deployment Is on the Rise
THE NEW STACK UPDATE A newsletter digest of the week’s most important stories & analyses.
The New stack does not sell your information or share it with unaffiliated third parties. By continuing, you agree to our Terms of Use and Privacy Policy.