The Cloud Foundry open source platform-as-a-service software continues to pursue a tight integration with Kubernetes, for the benefit of developers.
Oct 23rd, 2020 12:23pm by B. Cameron Gain 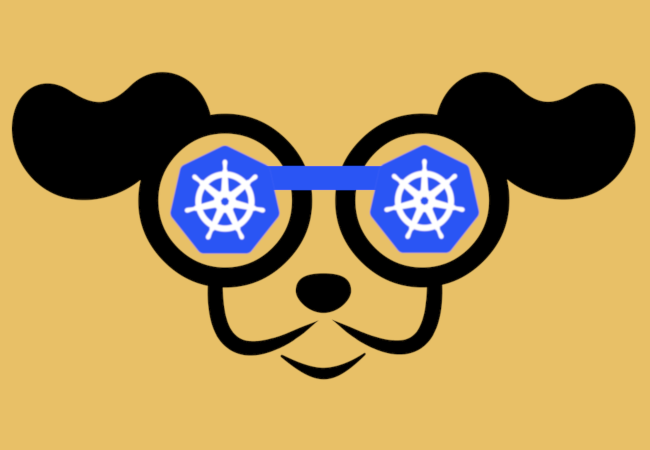 The folks behind the Cloud Foundry open source platform-as-a-service software continue to pursue a tight integration with Kubernetes, updating their two core Kubernetes-based distributions of Kubernetes to improve the developer experience.

During a press and analyst panel conference for Cloud Foundry Summit Europe 2020 this week, Cloud Foundry Executive Director Chip Childers said “it was clear that we then had a direction: our new North Star was to bring the developer experience that hundreds of thousands of developers around the world use — that Cloud Foundry push experience — and make that available to anyone who’s working with Kubernetes and wants to better support the custom software development in their organization.”

Cloud Foundry Foundation’s virtual summit thus reflected the organization’s shift to an emphasis on Kubernetes and a reinforcement of its mission to lower the barrier of entry for developer teams to create applications for cloud native environments. At the same time, Cloud Foundry, of course, maintains its historical commitment to CI/CD, the difference being that Kubernetes application development remains a focal point. To that end, Cloud Foundry announced improvements during the summit to its projects that are intended to, in simple terms, facilitate the developer’s experience for applications running on Kubernetes. Two of them were the first production-ready release of Cf-for-k8s (v1.0), a Kubernetes-native distribution of Cloud Foundry, and KubeCF v2.5, a more VM-oriented open source distribution of Cloud Foundry for Kubernetes, packaged as a Helm chart.

For small or medium-sized organizations, for example, that are already successfully deploying on Kubernetes platforms such as EKS and are only vaguely familiar with Cloud Foundry, these announcements show how developers can avoid spending a lot of time configuring the deployment infrastructure on Kubernetes.

“Developers should not spend a lot of time configuring the code to run the app pipeline and Cloud Foundry solves that problem,” Childers said. “Cloud Foundry has best practices baked into it.”

With Cf-for-k8s, for example, developers will have a lot less to focus on with regard to the infrastructure after taking only a few minutes to “get it up and running and to be integrated with that managed Kubernetes cluster.”

Paul Warren of VMware, anchor, Cloud Foundry volume Services, in a #CFSummit tutorial for Cf-for-k8s showed how to fire up a cluster with a laptop in less than 10 minutes. #CloudFoundry pic.twitter.com/Dmc8Kt59Cw

In a demo during the summit this week, Paul Warren, anchor, Cloud Foundry volume services, for VMware, showed how to fire up a cluster with a laptop in less than 10 minutes. This reflected his experience on Google Cloud Platform (GCP) how “it usually takes between five and 10 minutes for a reasonably sized cluster,” he said. In the demo, a Cf-for-k8s repository was “Git cloned”: 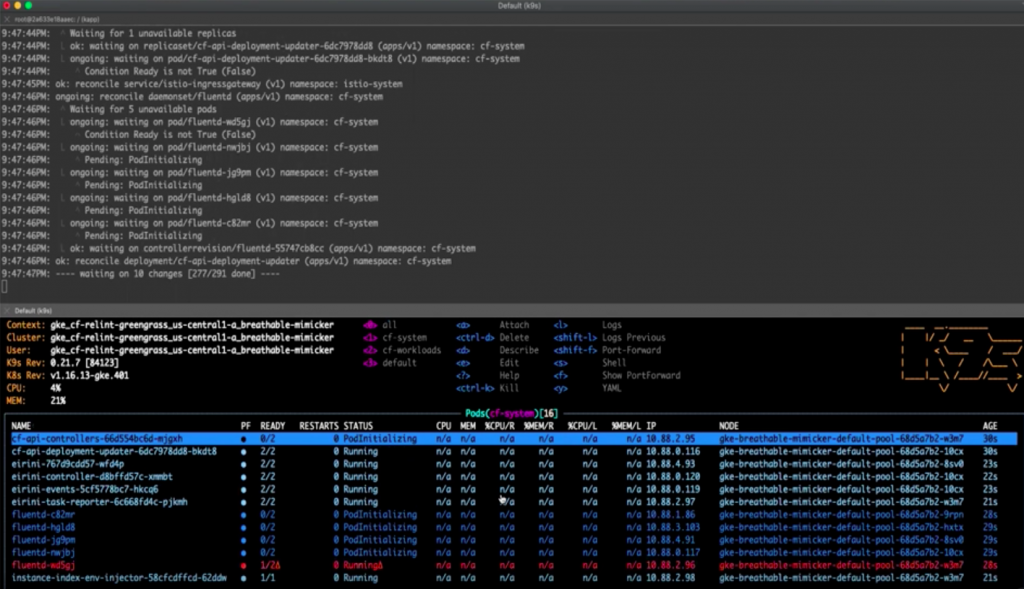 Cloud Foundry has also improved KubeCF with the release of KubeCF v2.5. Based on a Cloud Foundry architecture that has existed for several years, KubeCF v2.5 “takes an almost bridging approach to bringing Cloud Foundry to Kubernetes,” Childers said. Originally created for virtual machine (VM) environments, KubeCF is now thus geared for containers and Kubernetes clusters.

For Eirini, “we’ve talked about that over the last several summits and the project community believes that the Eirini integrations now ready for production use cases,” Childers said. “So, that is a very important release.”

Cf-for-k8s v1.0 and KubeCF v2.5 also represent “major milestones for the technical community as it was aimed at this shared vision of bringing the dev experience that CF has to Kubernetes clusters,” Childers said. “This event, those releases, they are the moment where the community can turn the page. And when someone asks, ‘what is Cloud Foundry?’ It is a developer experience for Kubernetes — that’s what these releases reflect.”

BC Gain’s obsession with computers began when he hacked a Space Invaders console to play all day for 25 cents at the local video arcade in the early 1980s. He then started writing code for very elementary games on the...
Read more from B. Cameron Gain
SHARE THIS STORY
RELATED STORIES
Platform Engineering Won’t Kill the DevOps Star Choosing the Right Container Native Storage for AWS Public Cloud Kubernetes App Deployment from the Command Line MicroK8s and Portainer Is The Easiest Way to Deploy an Application on Kubernetes How Capital One Performs Chaos Engineering in Production
TNS owner Insight Partners is an investor in: The New Stack.
SHARE THIS STORY
RELATED STORIES
Swarm, a User-Friendly Alternative to Kubernetes Platform Engineering Won’t Kill the DevOps Star 5 Best Practices for DevSecOps Teams to Ensure Compliance Kubernetes App Deployment from the Command Line The Top 4 Threats to Securing Your Cloud Infrastructure
THE NEW STACK UPDATE A newsletter digest of the week’s most important stories & analyses.
The New stack does not sell your information or share it with unaffiliated third parties. By continuing, you agree to our Terms of Use and Privacy Policy.