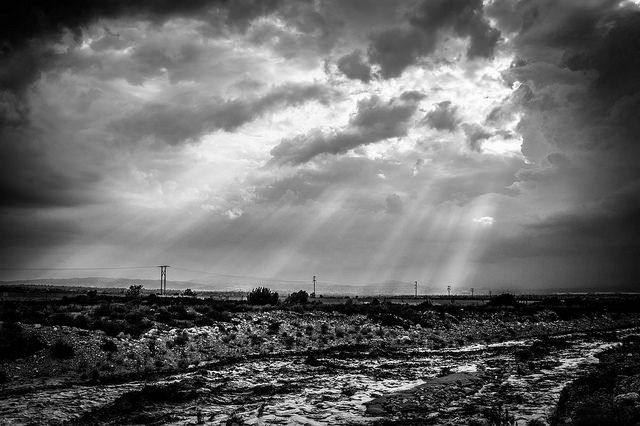 Platform-as-a-Service (PaaS) project Cloud Foundry has announced that its foundation will be managed as a Linux Foundation Collaborative Project and will operate under a “governance by contribution” model.

The project in February announced plans for a foundation. The project grew out of VMware, which spun out that part of the business into Pivotal. It has quickly gained traction and has more than 50 companies, several of which have commercial offerings from it.

“Think of us as FaaS for PaaS — foundation-as-a-service,” joked Jim Zemlin, executive director of the Linux Foundation. “The serious answer is that this is big-stakes, large-scale collaboration. … It requires significant infrastructure to facilitate. It has a multi-million-dollar investment; it has about a $6 million annual operating budget that’s working on a multi-million-dollar code base. I would argue it’s worth tens if not hundreds of millions of dollars in code. And PaaS is a multi-billion-dollar market.

As Nancy Gohring wrote for The New Stack a few months ago, PaaS technology has been around for years now. The first breed, like Azure and Heroku, delivered the service for users. Then came the likes of Cloud Foundry and OpenShift, designed to let users run their own PaaS – either on-premises or in the public cloud of their choosing.

In recent months, Docker has served as a beehive for a new breed of PaaS that uses the container technology to run the technology.

According to Gohring’s post, Deis, Flynn, Tsuru, Dawn and Octohost have some similarities with the second generation PaaS initiatives like Cloud Foundry and OpenShift – namely, they’re open source and designed to let users run their own PaaS.

But these services that run on Docker are different than the PaaS that Cloud Foundry built. It serves the kind of enterprise that’s going to run thousands of apps in a multitenant environment with different business units and compliance requirements, said Andrew Clay Shafer in Gohring’s post. Shafer is with Pivotal, working as one of its senior technologists.

“It requires infrastructure to facilitate developer collaboration, hackathons, developer training…there’s a big set of coordination activity that needs to take place for an open source project of this size and scope – and The Linux Foundation just happens to be super good at that,” he said, adding The Linux Foundation, in addition to its own open source project, manages about a dozen other projects of similar size to Cloud Foundry.

It’s a hot space, one expected to be even more so in 2015. Research firm IDC has predicted a 27 percent annual growth rate through 2018. In its predictions for 2015, it foresees “death match battles” between competitors to attract developers and software-as- a-service (SaaS) players. It also anticipates “’strange bedfellows” among vendors teaming up to expand market opportunities.

Cloud Foundry community contributions have grown by 36 percent and had more than 1,700 pull requests in the past year.

It’s considered an OpenStack equivalent for PaaS, and observers see employing The Linux Foundation as a move not only away from a single vendor’s influence, but also to foster collaboration among some big-name players.

The move is in contrast to Docker, which as a corporation owns the trademark on the popular container technology.

The foundation’s platinum members — EMC, HP, IBM, Intel, Pivotal, SAP and VMware – have pledged to contribute $1.5 million each over three years to the project. Other companies have pledged contributions at the lower gold and silver levels.

“For every layer of the stack — in software-defined networking, you have OpenDaylight; for network function virtualization, … for big data you have Hadoop; at opeating system, you have Linux,” Zemlin said. “At every layer, you have large projects that are essentially doing external research and development because there’s just too much software for any one company to write it themselves. That work requires real infrastructure to facilitate that development and that’s what we’re doing here. … when competitors work together, they don’t always trust each other, and we play a neutral role.”

The foundation just began work on its certification project aimed at eliminating incompatibilities, a problem that plagued the OpenStack project.

“To gain broad support from other vendors and users, it greatly helps for open source projects to live in a neutral venue rather than under the control of a single company,” explains Donnie Berkholz, senior analyst at RedMonk. “This gives the community confidence that they can influence project direction. It also increases the likelihood that the project will live on, even if the creator changes its strategy, gets acquired, or goes out of business,” he said.

Foundations also provide a useful framework for new members to understand the rules for participation, which often are implicit and undocumented. And the Cloud Foundry Foundation is among the cases in which it will serve as a clearinghouse to ensure no copyright or patent violations exist in the code base.

“I’ve served on the boards of two open source foundations — Gentoo and X.Org –, and the most important thing I learned is that it’s an enormous time sink and distraction to run your own foundation. They’ve definitely made the right move by outsourcing much of the work to an external entity like the Linux Foundation, because that enables the Cloud Foundry community to focus on its purpose,” Berkholz said.

Still, the market for an open PaaS is broad and still yet fully defined. The Docker movement is strong and the PaaS capabilites of it offers have the ability to sale for an enterprise. But the question about Docker’s open source community have increased over the past several months. Cloud Foundry once was under VMware’s control. The question: how will Docker evolve as a project managed in an open source framework?

Susan Hall is the Sponsor Editor for The New Stack. Her job is to help sponsors attain the widest readership possible for their contributed content. She has written for The New Stack since its early days, as well as sites...
Read more from Susan Hall
SHARE THIS STORY
RELATED STORIES
Entrepreneurship for Engineers: Building for Customers’ Love The Top 4 Threats to Securing Your Cloud Infrastructure Choosing the Right Container Native Storage for AWS Public Cloud What LaunchDarkly Learned from 'Eating Its Own Dog Food' 4 Cloud Security Considerations for Financial Services Firms
TNS owner Insight Partners is an investor in: The New Stack, Docker.
SHARE THIS STORY
RELATED STORIES
Entrepreneurship for Engineers: Building for Customers’ Love How Capital One Performs Chaos Engineering in Production 5 Best Practices for DevSecOps Teams to Ensure Compliance Kubernetes Needs to Take a Lesson from Portainer on Ease-of-Use Agent-Based vs. Agentless Security: Which Approach Is Better?
THE NEW STACK UPDATE A newsletter digest of the week’s most important stories & analyses.
The New stack does not sell your information or share it with unaffiliated third parties. By continuing, you agree to our Terms of Use and Privacy Policy.