A Look Into Cloud Foundry’s Past, Present, and Future 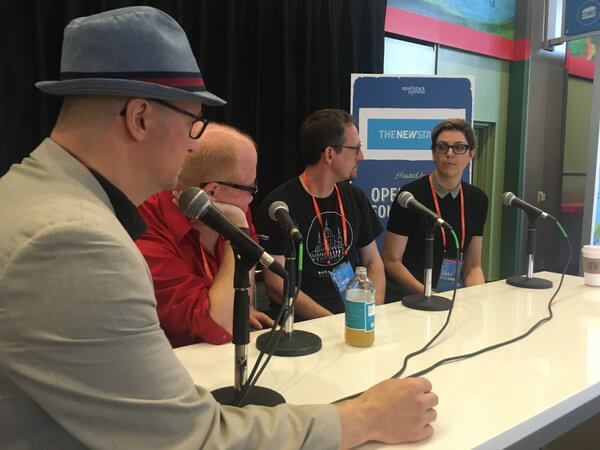 Cloud Foundry has quickly risen as one of the de-facto solutions to developing applications at scale. As companies continue to approach development with a multi-platform approach, Cloud Foundry offers developers a platform upon which to build apps without having to recreate the wheel when deploying an application across Google Cloud Platform, Microsoft Azure, or Amazon AWS.

The conversation can also be listened to on YouTube.

Without skipping a beat, Childers offered insight into Cloud Foundry’s past, along with its future.

“Cloud Foundry had containers before Docker, they were a feature of the platform. We were really excited about while the industry caught up and commercial activity started to happen, we’ve seen a lot of architecture changes in how people think of running data centers and apps, the standardization process is starting to become valued,” Childers said.

Cloud Foundry’s Warden initially utilized the power of LXC (Linux Containers) to power its back end, though it later created a C-based tool to transition away from LXC. In addition to this, Childers went on to highlight a future interest of Cloud Foundry in regards to containers, noting that the company is in the process of implementing RunC as a part of its platform.

A need for standardization through onboarding tools such as RunC is something that Kearns highlights, noting that as technology continues to advance the needs of companies will continue to shift along with it. Without a solid form of standardization when utilizing containers, or any piece of one’s stack, developers may find themselves facing significant issues.

“As more and more of these organizations are building and implementing pipelines that are achieving significant velocity in terms of application development, their needs are going to be very different two years from now because they are going to need different things,” Kearns explained at the 13-minute mark.

While some PaaS providers can be subject to shiny object syndrome, Cloud Foundry tries to focus instead on the community as a whole and how to best improve its ever-growing ecosystem. “It’s about being aware of the other communities and engaging in conversation with them. Talking about ideas and requests and how those are best addressed in the ecosystem. We are engaging with the engineers that built RunC, and we’re hopeful about other areas for collaboration with CNCF,” Childers said.

Childers then went on to highlight the areas in which Cloud Foundry gives back to the community, including the company’s continued optimism about its work with the Cloud Native Computing Foundation, its onboarding of RunC, and the upcoming Cloud Foundry Summits taking place May 23-25, 2016 in Santa Clara, California , and in September 26-28 in Frankfurt, Germany.

For those attending the Santa Clara summit, stop by the The New Stack booth, and join us for a day of podcasting, all day May 24: 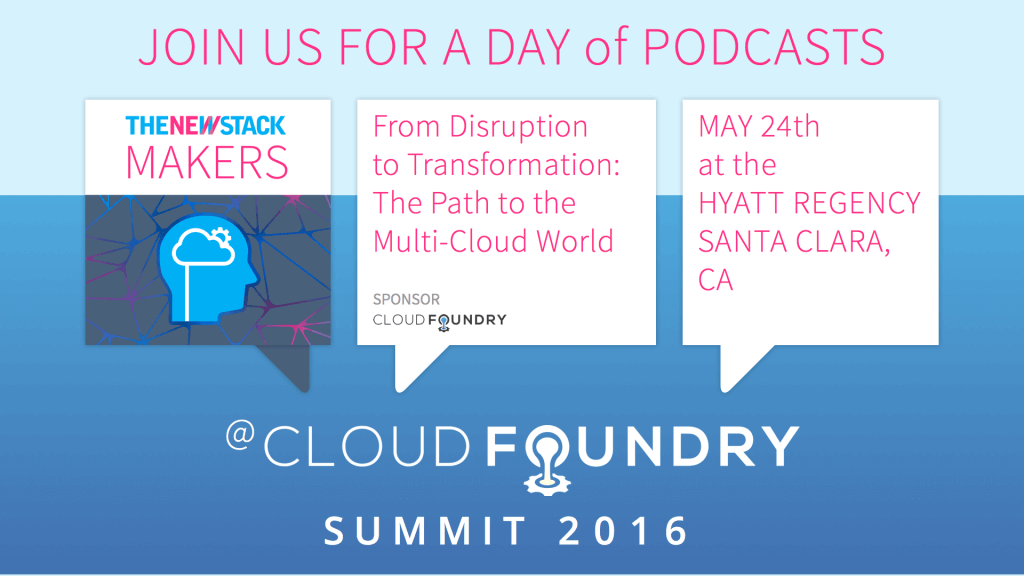 Cloud Foundry and Docker are sponsors of The New Stack.