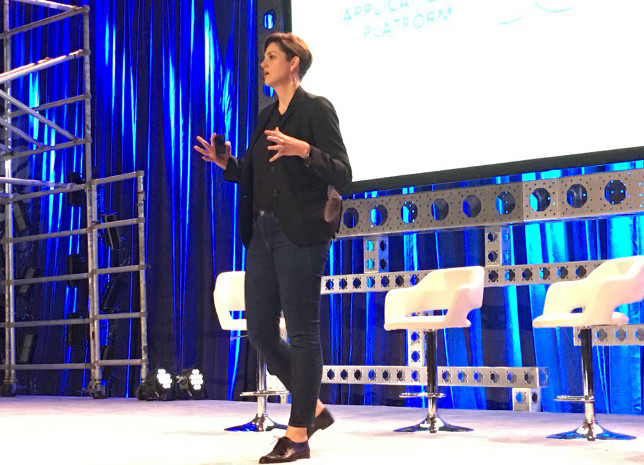 For the kickoff of its annual Silicon Valley-based user conference, The Cloud Foundry Foundation has introduced a new member to its fold: Microsoft.

Microsoft has joined the Foundation as a gold member, formalizing a relationship that has been in place at least since 2015, when Cloud Foundry was introduced as a service on the company’s Azure cloud platform, a service that has seen a 300 percent increase in usage over the past six months, according to Microsoft.

“One of the biggest things we hear from customers is that they are looking for an enterprise platform that can run on an enterprise cloud. The key point is portability, or the ability to take this platform and deploy it across multiple clouds, or to deploy on-prem in a hybrid way,” Sanders said.

Microsoft recently has added new features to this offering, including managed services for MySQL and PostgreSQL. The company has also rolled in the full Cloud Foundry command line interface to its recently-launched Azure Cloud Shell.

An open source platform for offering runtime services for enterprise developers, Cloud Foundry is used by large enterprises across many industries, including manufacturing, telecommunications and financial services. Over 2,400 developers have contributed over 51,000 commits to the code base. Its worldwide coalition of user groups now has over 70,000 members.

Cloud Foundry is built for developers to “write more code and get those ideas out into production faster,” said Abby Kearns, the executive director of the Cloud Foundry Foundation, during the opening keynote.

The software is backed by dozens of the largest IT enterprise vendors, including Cisco, Dell EMC, Hewlett Packard Enterprise, Google, IBM and SAP. It is also offered on most cloud platforms, including Google Cloud Platform, Amazon Web Services, IBM’s SoftLayer, and those based on OpenStack and VMware vSphere.

The organization also made greater ties to the Kubernetes open source container orchestration engine, which is managed by the Cloud Native Computing Foundation. It has accepted Kubo as an incubation project, a tool for deploying and managing Kubernetes. Kubo is based on Bosh, a cloud-application lifecycle-management tool originally built for Cloud Foundry cloud deployments.

The Cloud Foundry Foundation and the Cloud Native Computing Foundation are sponsors of The New Stack.

Joab Jackson is Editor-in-Chief for The New Stack, assuring that the TNS website gets a fresh batch of cloud native news, tutorials and perspectives each day. He has logged over 25 years in infrastructure IT journalism, including stints at IDG,...
Read more from Joab Jackson
SHARE THIS STORY
RELATED STORIES
Swarm, a User-Friendly Alternative to Kubernetes What Trouble Awaits Cloud Native Security in 2023? 5 Best Practices for DevSecOps Teams to Ensure Compliance Microsoft Makes Azure Load Testing Generally Available 4 Cloud Security Considerations for Financial Services Firms
TNS owner Insight Partners is an investor in: The New Stack.
SHARE THIS STORY
RELATED STORIES
4 Cloud Security Considerations for Financial Services Firms Choosing the Right Container Native Storage for AWS Public Cloud What LaunchDarkly Learned from 'Eating Its Own Dog Food' MicroK8s and Portainer Is The Easiest Way to Deploy an Application on Kubernetes Kubernetes Needs to Take a Lesson from Portainer on Ease-of-Use
THE NEW STACK UPDATE A newsletter digest of the week’s most important stories & analyses.
The New stack does not sell your information or share it with unaffiliated third parties. By continuing, you agree to our Terms of Use and Privacy Policy.