Cloud Foundry Summit: Developers Shouldn’t Have to Worry about Kubernetes 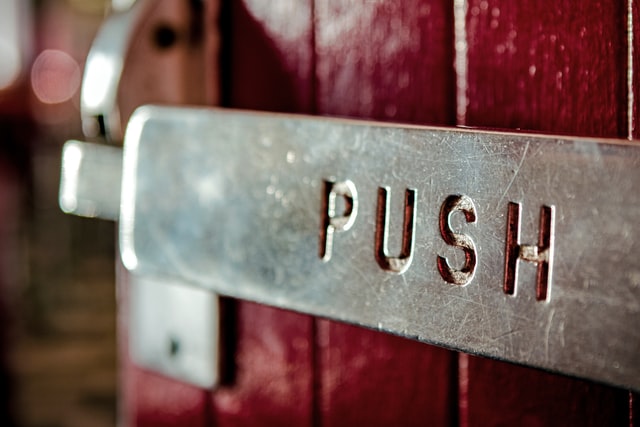 The Cloud Foundry Foundation’s first virtual summit reflected the organization’s shift to an emphasis on Kubernetes and a reinforcement of its mission to lower the barrier of entry for developer teams to create applications for cloud native environments.

As Cloud Foundry brought one of its two bi-annual conferences online, Cloud Foundry North American Summit also coincided with Chip Childers’ appointment in April as Cloud Foundry’s new executive director, bring with him a focus of Kubernetes-for-DevOps. The idea is that the Cloud Foundry command-line interface (CLI) experience and other tools should make things a lot easier for developer and operations teams when migrating to Kubernetes environments.

“When I took over as executive director, I realized the energy of our community was growing around a new focus, bringing the world-class developer experience Cloud Foundry to Kubernetes infrastructure everywhere,” Childers said during his keynote.

In many ways, Cloud Foundry remains tied to its roots predating cloud native and even Docker as an open source application platform designed to optimize CI/CD workflow. As it has evolved, the idea is to continue “to make developers’ lives easier” while today it “makes them more efficient and helps them go from months and weeks worth of software development cycle time to days and maybe even hours,” Childers told The New Stack on the eve of the event.

For Kubernetes, the majority of large enterprises worldwide have Cloud Foundry and Kubernetes instances, Childers said. “They’ve been working side by side to solve different use cases,” he said.

However, Cloud Foundry is attempting to offer developers more advanced capabilities without “overloading them with complexity,” Childers said. “We want to respect how the majority of developers’ mental cycles should be focused on the business problem that they’re solving and the application they’re building — not in the thing that they’re trying to deploy it into,” Childers said.

To that end, the CFF also launched two new projects at the summit, including KubeCF and version 7 of the Cloud Foundry Command Line Interface (cf CLI v7).

KubeCF serves as a distribution for Cloud Foundry Application Runtime (CFAR) for Kubernetes and is intended to facilitate the developer’s experience while providing operations teams with tools, including APIs, for deployments in a Kubernetes environment.

“KubeCF is designed to provide the full Cloud Foundry experience as you know it today, on top of Kubernetes, and it accomplishes that by packaging up Cloud Foundry and making sure it can be deployed and managed in a Kubernetes environment,” Childers said during his keynote.

The release of version 7 of the Cloud Foundry Command Line Interface (cf CLI v7) offers some “interesting capabilities to flatten the developer learning curve and to generally reduce the time developers have to spend on release-related tasks,” Torsten Volk, an analyst for Enterprise Management Associates (EMA), told The New Stack during the summit. Rolling app deployments, for example, automates away complex and error-prone deployment workflows without making the developer create the BOSH jobs “required to pull this off,” Volk said.

“I also assume that the next CLI release addresses the list of current limitations of the rolling app deployment feature, such as the lack of support for database migrations and non-web processes, to further reduce the currently still existent reservations of development teams to jump into CF,” Volk said.

While rolling app deployments is the most interesting feature on the list, the release “holds true to Cloud Foundation’s ambitions of making the platform and developing applications for Kubernetes environments a more simple process,” Volk said. “All of the other new capabilities also go into the right direction of reducing the need for developers to learn and continuously execute infrastructure-centric tasks,” Volk said.

However, it remains to be seen “how close this new release comes to truly achieve the lofty task of eliminating the need to worry about orchestration tasks,” Volk said. “We will keep an eye on this in the next weeks and months, as it will be interesting to see if CF can pick up steam again after the platform’s loss in popularity over the previous two years,” Volk said.

Childers offered a frank and sincere assessment of racism in his keynote, as this ugly side of the tech community and the world continues to manifest itself.

Cloud Foundry Summit keynote: Chip Childers: “The Foundation will continue…to do our part to help to dismantle systemic racism…But everyone needs to do their part. And so, we welcome your ideas about what we can do to help drive change.” #CFSummit @cloudfoundry
@thenewstack pic.twitter.com/XyUvO6Oqx7

Now our community has always prided itself in being welcoming and inclusive and working hard to be diverse,” Childers said. “While we may not have the power as a community to fix all the injustice in society. We are a place for conversation.”

Childers offered the suggestion that “each of us should spend the time to understand our biases both explicit and implicit,” he said.

Caitlyn O’Connell, Cloud Foundry’s senior marketing manager, gave the introduction for Dr. Shakti Butler’s talk at the diversity luncheon, “How Did We Get Where We Are? The System of Racial Inequity.” From O’Connell’s home in Los Angeles, the daily protests in support of Black Lives Matter were audible and palpable.

“I believe the content of today’s diversity luncheon is eye-opening inspirational and topical as always, and hopefully, most of you have noticed that the United States is facing a reckoning. In fact, you may be able to hear it through your speakers right now as cars honking solidarity with the Black Lives Matter demonstration that’s been happening on my street corner every day for the last few weeks,” O’Connell said. “The Foundation supports Black Lives Matter and believes in racial equity, and as a community, we have the opportunity to take a look at white supremacy and the tech industry and beyond and learn how we can dismantle it. We have to hold accountable our co-workers CEOs, friends, family, mayors, governors and ourselves.”

Dr. Shakti Butler, spoke at the Diversity Luncheon “How Did We Get Where We Are? The System of Racial Inequity” at the #CFSummit “Racial inequity is a problem of bad policy, not bad people,” she said. @ShaktiButler @cloudfoundry @CloudFoundrySummit @thenewstack @caitlyncaleah pic.twitter.com/1TAXPfomNF

Dr. Butler, an educator and filmmaker and president of the World Trust Educational Services, took an analytic approach in describing and exposing systemic racism and racial inequity — or “racialization,” which Dr. Butler says is the more appropriate word to employ — and why it is too often ignored.

As mentioned above, Cloud Foundry’s platform is intended to both simplify how the developer does their work, especially when creating code for Kubernetes environments. The developer should also benefit from what Cloud Foundry says will be a steady stream of new tools and capabilities. Much of the operations work remains under the hood, while at the same time, the platform is configured to facilitate the operations work of deploying the code and applications the developer teams create.

In her talk, Mirna Alaisami, a consultant for NovaTec Consulting, gave a demo of what she said showed how Cloud Foundry can facilitate developers’ tasks without operations bogging down deployment speeds on Kubernetes. Mirna Alaisami of NovaTec Consulting said with the “magical CF push command… the application is pushed internally to the platform.”

“So the developer, brings a piece of code to the platform, using the magical CF push command,” Alaisami said. “Then this application is pushed internally to the platform.”

Alaisami showed once an application is created through the Cloud Foundry interface, it is then possible to connect it to storage, database and messaging services with the CF “create service” commands. “The great thing here is that the developer does not have to care about any configuration of connection settings,” Alaisami said.

Share this story
RELATED STORIES
Deploy a Container Stack in Portainer from a GitHub Repository Deploy a Kubernetes Cluster on Ubuntu Server with Microk8s Event Streaming and Event Sourcing: The Key Differences Taming the CNCF Landscape with Kubefirst  Why Enterprises Need a Management Plane
Share this story
RELATED STORIES
Defining the Modern Bare Metal Cloud Why Enterprises Need a Management Plane Adobe's Internal Developer Platform Journey and Lessons Kubernetes Applications for Multicloud, Hybrid Cloud Environs Nephio Extends Kubernetes to Solve Cloud Native Automation
THE NEW STACK UPDATE A newsletter digest of the week’s most important stories & analyses.
We don't sell or share your email. By continuing, you agree to our Terms of Use and Privacy Policy.
TNS owner Insight Partners is an investor in: Docker, Real.