Developers can use baseline DORA metrics and shift off monolithic apps to take a more environmentally-friendly approach to coding.
Nov 28th, 2022 11:37am by Loraine Lawson 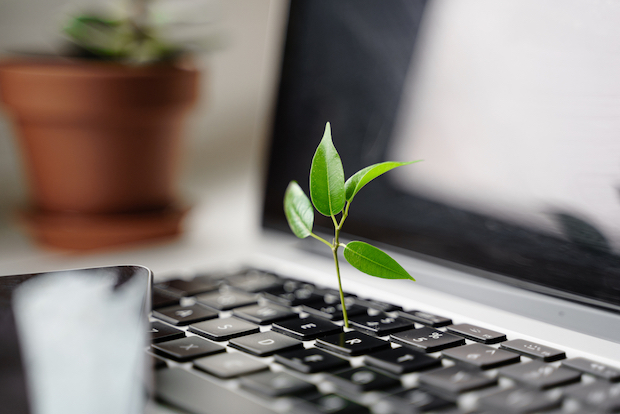 But the profit motive is starting to align with ESG, which can increase help by improving efficiencies in energy usage, Douglas told The New Stack. Energy efficiency will become a “hot” issue for IT divisions in the near future, he predicted.

“Corporations, like it or not, their goal is to satisfy shareholders — and employees are all shareholders as well — and so it’s about profit motive,” Douglas said. “Historically, if you look at ESG type of initiatives, they didn’t line up tightly with that directive in terms of what their primary mission was. But they’re starting to align, which is the good news.”

The bad news is what’s driving that are issues such as the rising cost of energy, he added.

“You look at the cost of energy, and where it’s going, it’s going to be a mandate to be more maniacal about how you actually manage your overall environmental footprint, because that’s tied directly to unit economics for companies,” he said. “So odd reasons, but positive outcome: You’re going to have IT folks a lot more involved and a lot more on the hook, given just the impact of data centers on different energy sources, electricity, water, things like that.”

He also contended SEC Chair Gary Gensler has an “aggressive agenda” about what he wants to go with ESG, and while he likely faces pushback from Republicans on the Senate Banking Commission about the potential costs of such an effort, Douglas suggested corporate leadership should prepare.

It can be challenging to see how development fits into that — although one place to start might be considering the impact of languages on energy usage. But there’s a more direct immediate way development teams can help the cause, Douglas said.

Step one: Use DORA metrics to measure performance and establish a baseline on these metrics.

“The base DORA metrics are the place to start for everybody — I think that’s what’s missing,” he said. “That dataset’s got to include what’s running in their shop and what’s running elsewhere.”

Once there’s a baseline, then developers can determine what they need to change to become more efficient as a team, he said. He suggested focusing on metrics that measure overall development efficiency and velocity — how fast can you actually deploy code.

“It’s looking at how quickly it takes you to get to a point where you can commit code for release,” he said. “The second one is how often you actually release code.”

Elite organizations are already down the path of becoming cloud native and can commit code in less than an hour at least once a day, he said, noting there’s a big gap right now between these elite teams — with companies such as Netflix among the elite of the elite, releasing multiple times per day.

Not surprisingly, there’s a “big gap between elite teams and everybody else,” where “everybody else” is deploying maybe every couple of weeks to months apart. That matters because of a simple fact: There’s always going to be a problem with the software, and so will it take one day to fix it or one month?

“How fast does it take you to remediate problems? Once again, elite companies were meeting problems in an hour or less in general, [but] it can be hours or days for other organizations where they introduce problems that could be as simple as something annoying, to a complete outage,” he said.

Then there’s the frequency of actually creating problems. Douglas said the numbers vary, but elite companies make mistakes from 5 to 15% of the time, compared to 30 or 40% for non-elite companies.

“That’s a high percentage of breakage when you’re releasing code,” Douglas said. “As developers, getting those metrics towards world-class means that you’re doing a lot less iteration, and you’re going to drive better efficiency in terms of overall utilization of infrastructure.”

The other obvious benefit is developers with better metrics create a better customer experience. But it also creates environmental benefits, he said.

“One of the byproducts of that is they’re also going to be more effective in terms of how they consume capacity of that underlying infrastructure,” he said. “Those are the kinds of things that companies are looking at and they’re trying to set goals in terms of how they can go from where they are today towards where elite teams are.”

The fact is, though, developers — especially on the frontend — may not be able to create as much impact on ESG as infrastructure workers. But among the changes they can implement is to look at these big monolithic applications and make sure they’re not just shifting that monolithic code to the cloud. Instead, developers should consider how they can refractor applications to be more cloud native, Douglas said.

It’s a problem early adopters struggled with, and as the “early majority” of adopters move online, developers should learn from their mistakes, he suggested.

“For developers, the thing to think about is what can we do to really move the organization to a world-class, DevOps approach to software development, and specifically, applying those skill sets to being cloud native, and be more aggressive in prosecuting that path,” he said. “Be more thoughtful about how you’re going to deal with all your legacy software, decide early what you’re going to leave behind, but how you can get more efficient.”

Only after considering that efficiency should developers decide what to move forward and how to do it at a faster pace than the early adopters, he said. That’s where companies like Armory come into play to help accelerate that path the cloud, he added. While making decisions about going hybrid cloud will typically be beyond a developer’s immediate control, “that doesn’t mean they can’t have a positive impact by being more aggressive in terms of what code looks like and how efficient code is going to run,” he said.

Virtualization can help, he said, but even with virtualization, individual data centers tend to be inefficient in terms of CPU utilization, he added. Plus, there are currently supply chain issues that are affecting access to CPU.

“Right now, we have big customers that are literally out of CPUs, and they’re not going to be able to scale data centers, and so even if they wanted to stay and manage their own real estate, they’ve got to look at optionality for public cloud,” Douglas said.

From an ESG standpoint, hyperscale cloud providers are more efficient, especially in multitenant configurations “where CPU utilization is night and day better than you’d find at a data center,” he added.

“CPU usage is going down in data centers and it’s gone up radically in cloud,” he said. “I think it’s a combination of factors I talked about — one is you’re getting more virtualization, so fewer CPUs, but then also you’re getting more migration to the cloud. And so I think those trends make sense.”

Cloud hyperscalers are more effective in terms of utilization because they have more ability to economies of scale that means they can be more efficient in their HVAC systems, lighting, water, and security usage, he said. That drives down overall energy consumption and their carbon footprints in a way individual companies can’t duplicate, he contended. IT will need to find a way to monitor that total CPU usage and may need to put hyperscale providers on the hook to help with that, he said.

“IT groups are going to have to figure out how to use that to their benefit, to tell a better story, both for their corporate sponsors, but also potentially for government oversight,” he added.

Loraine Lawson is a veteran technology reporter who has covered technology issues from data integration to security for 25 years. Before joining The New Stack, she served as the editor of the banking technology site, Bank Automation News. She has...
Read more from Loraine Lawson
SHARE THIS STORY
RELATED STORIES
EngFlow Harnesses Google Bazel for Faster Monorepo Builds Kubescape: A CNCF Sandbox Platform for All Kubernetes Security A Look at Kubernetes Deployment DevPod: Uber's MonoRepo-Based Remote Development Platform Using DORA Metrics to Optimize CI Pipelines
TNS owner Insight Partners is an investor in: The New Stack, motive.
SHARE THIS STORY
RELATED STORIES
GitHub Actions Were Vulnerable to Rust Artifact Poisoning Interest Growing in Dart and Flutter for Mobile DevPod: Uber's MonoRepo-Based Remote Development Platform The Main Goal: Secure the Application Workload Kubescape: A CNCF Sandbox Platform for All Kubernetes Security
THE NEW STACK UPDATE A newsletter digest of the week’s most important stories & analyses.
The New stack does not sell your information or share it with unaffiliated third parties. By continuing, you agree to our Terms of Use and Privacy Policy.