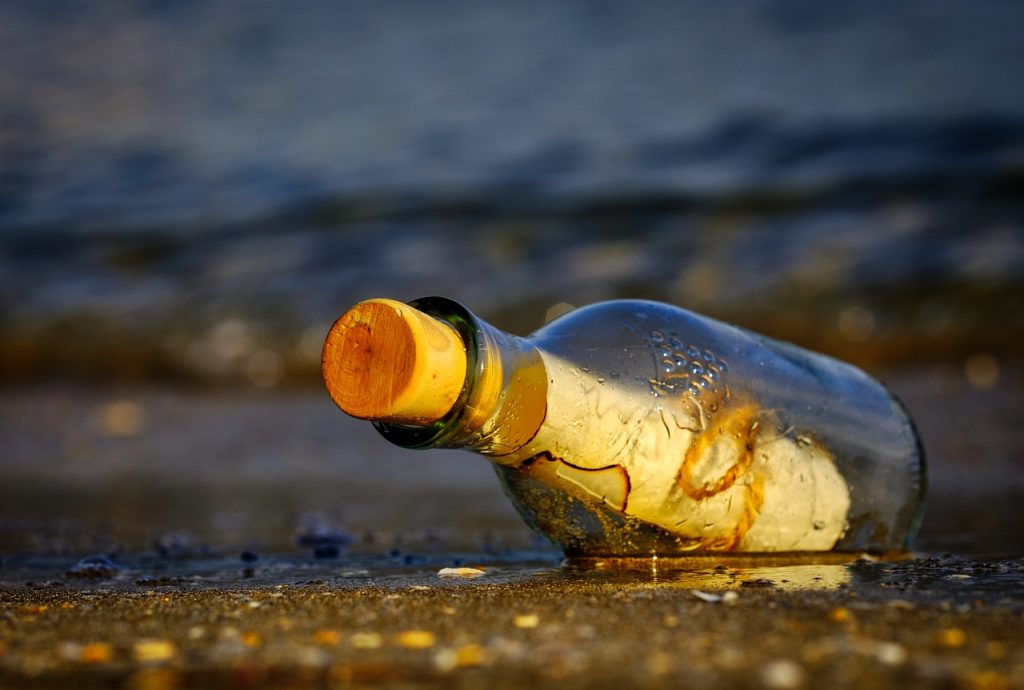 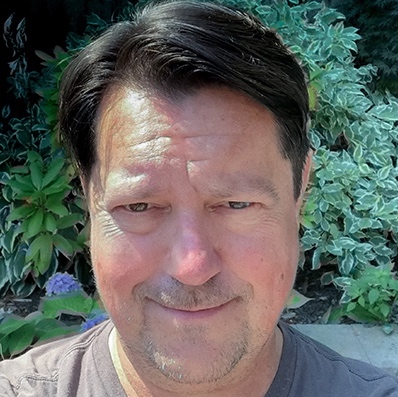 The definition of “cloud native” we’re using here means a friendly and optimized distributed computing environment. Key features of this type of environment are elasticity and resilience, as well as synchronous (point-to-point), asynchronous, and parallel communication. A Reactive messaging infrastructure provides loosely-coupled design, which is paramount to distributed computing. In this post, we’ll look at why messages are so important, and we’ll reveal how messaging types, Event Sourcing, and Command Query Responsibility Segregation (CQRS) can be applied to cloud native applications.

First, let’s define what a message is. Wikipedia has a great definition: “A message is a discrete unit of communication intended by the source for consumption by some recipient or group of recipients.” We will also add an additional key piece of information to this definition: messages in a distributed system must be immutable.

Now that we have a working definition, let’s look at the different types of messages we will explore:

The type of message or message pattern you choose will have a direct effect on how your application behaves.

Commands are imperative in nature and represent a request from “somewhere” to do “something.” That “something” often results in a request to change state on “somewhere.” As a result, a command can be denied. In addition, a command, if valid, is often translated into one or more events. For example: 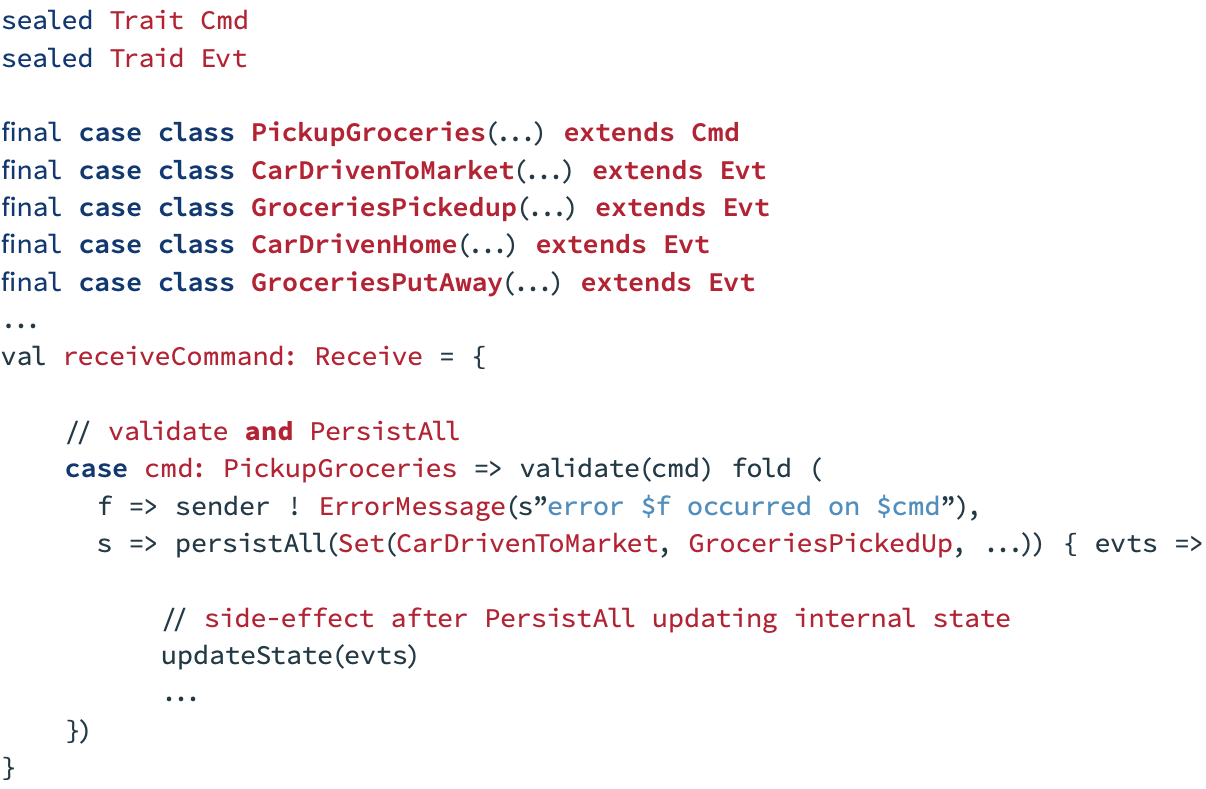 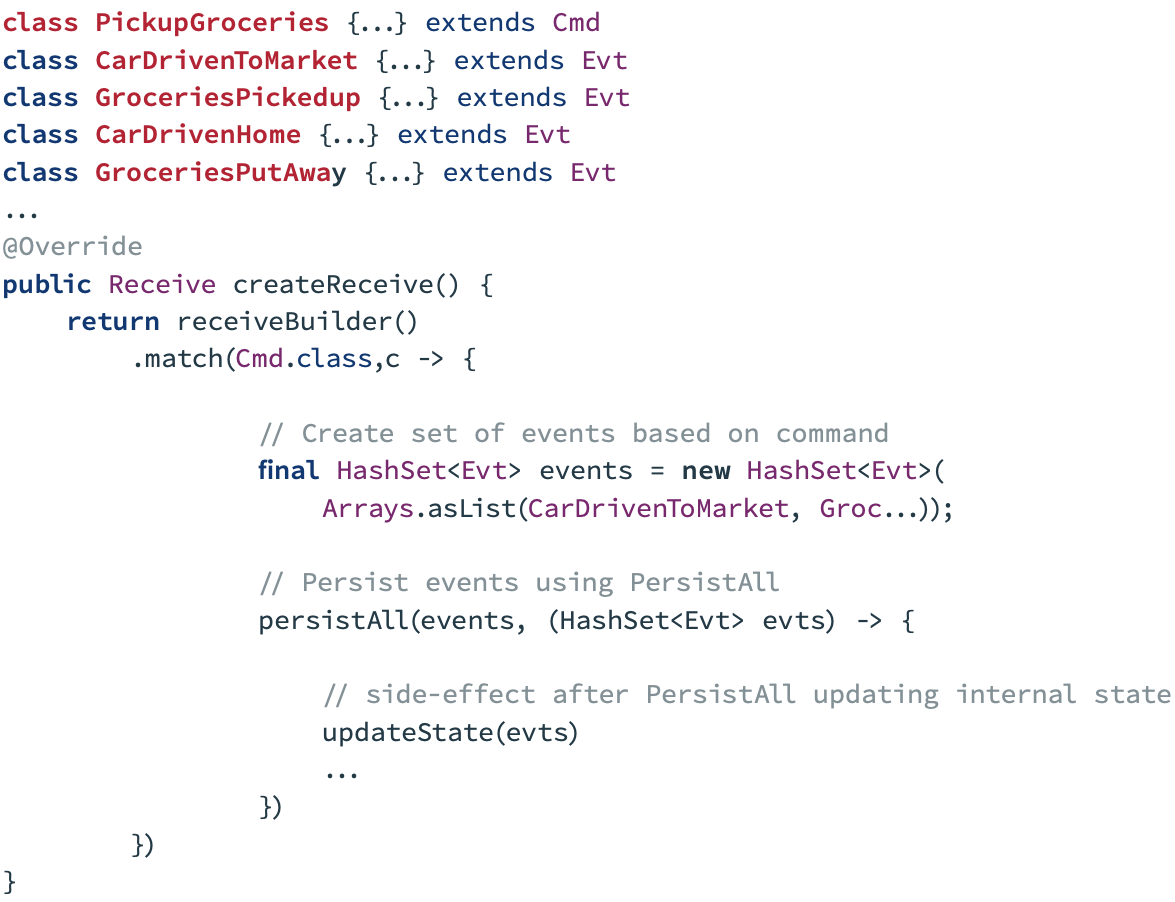 Typically, a command follows the VerbNoun format, such as PickupGroceriesas we see above.

Events, on the other hand, are declarative. They represent that “something” has occurred. They are historical in nature. In our example above, we see that in processing a valid PickupGroceries command, four events are generated: CarDrivenToMarket, GroceriesPickedup, CarDrivenHome and GroceriesPutAway. You will also notice that the structure of an event is the inverse of a command: NounVerb. Another thing to note about an event is that because of their declarative nature, they cannot be denied.

Lightbend is a leading enterprise software and services company helping Global 2000 companies stay ahead in the digital economy. Our customers gain competitive advantage from the scalability and resilience of stateful cloud native applications and “always-on” insights of real-time streaming data.

Events should be atomic in nature, and represent a form of state that has transpired against a domain aggregate.

One of the best ways to understand Event Sourcing is to look at the canonical example of a bank account register. In a mature business model, the notion of tracking behavior is quite common. Consider, for example, a bank accounting system. A customer can make deposits, write checks, make ATM withdrawals and transfer money to another account.

In the image above, we see a typical bank account register. The account holder starts out by depositing $10,000.00 into the account. Next, they write a check for $4,000.00, make an ATM withdrawal, write another check and finally make a deposit. We persist each transaction as an independent event. To calculate the balance, the delta of the current transaction is applied to the last known value. As a result, we have a verifiable audit log that can be reconciled to ensure validity. The current balance at any point can be derived by replaying all the transactions up to that point. Additionally, we have captured the real intent of how the account holder manages their finances.

Queries are similar to commands, in that they are a request for information. Queries do not change state, so they usually do not result in an event(s). However, they can result in events if auditing of query projections is required, or a log of all queries that are executed. Queries will often rely on synchronous or point-to-point communication (not a requirement), whereas Command/Events typically use asynchronous fire-and-forget communication.

As we discussed, Event Sourcing provides a means by which we can capture the real intent of our users. In an event-sourced system, all data operations are viewed as a sequence of events that are recorded to an append-only store. This pattern can simplify tasks in complex domains by:

For additional information, check out this great article for using Event Sourcing to overcome the complexities of distributed systems and CAP (Consistency, Availability, Partition) theorem.

Command Query Responsibility Segregation (CQRS) is a pattern by which we can segregate operations that read data from operations that write data, by using separate interfaces. This pattern can:

This pattern implements two distinct paths: a Command-side(Write) and Query-side(Read). In most cases, these will be separate microservices running on their own JVMs.

Why Consistency Is Explicit in Message-Based Systems

Consistency is often taken for granted when designing traditional monolithic systems, as you have tightly-coupled services connected to a centralized database. These types of systems default to strong consistency since there is only one path to the data store for a given service — and that path is synchronous in nature.

However, in distributed computing this is not the case. By design, distributed systems are asynchronous, loosely-coupled, and rely on patterns such as atomic shared memory systems and distributed data stores that achieve availability and partition tolerance. Therefore, strongly-consistent systems are not distributable as a whole contiguous system, as identified by the CAP theorem.

Systems with strong consistency can be distributed. They just need to use something to coordinate their efforts, such as a distributed atomic commit or distributed consensus. Obviously, this emphasizes the consistency from CAP, whereas the availability and partitioning suffers a lot.

In distributed computing, a system supports a given consistency model if operations follow specific rules as identified by the model. The model specifies a contractual agreement between the programmer and the system, wherein the system guarantees that if the rules are followed, the memory will be consistent and the results will be predictable.

A system that has achieved eventual consistency is often said to have converged, or achieved replica convergence. While stronger models like linearizability (strong consistency) are trivially eventually consistent, the converse does not hold. Eventually, consistent services are often classified as BASE (Basically, Available, Soft state, Eventual consistency) semantics, as opposed to more traditional ACID (Atomicity, Consistency, Isolation, Durability) guarantees.

Causal consistency is a stronger consistency model that ensures that the operations process in the order expected. More precisely, partial order over operations is enforced through metadata. For example, if operation A occurs before operation B, then any data center that sees operation B must-see operation A first. There are three rules that define potential causality:

Causal consistency is stronger than eventual consistency, since it ensures that these operations appear in order.

Message-driven architectures are well suited for stateful, cloud-native requirements, and should utilize different types of messages or message patterns (Commands, Events, Queries), as well as message-based abstractions such as Event Sourcing and CQRS.

If you would like to explore stateful applications in greater detail, download a copy of “Build Stateful Cloud Native Applications” by Jonas Bonér, creator of Akka and CTO at Lightbend — and get started on the path to running stateful services in a simple and efficient way.