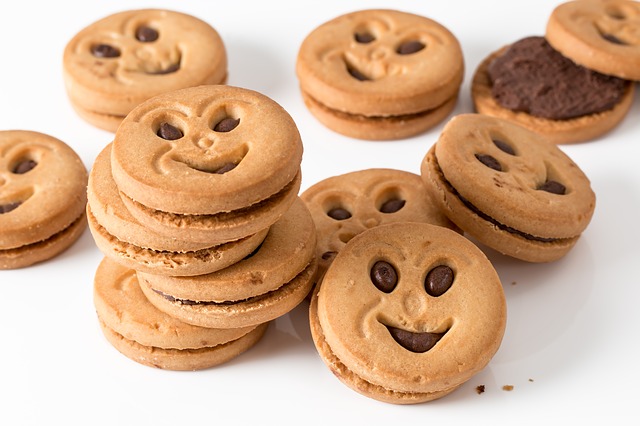 Vendors are racing to support companies’ hybrid and multicloud strategies, with Kubernetes often central to their plans. It’s natural, then, that the Cloud Native Computing Foundation (CNCF) has announced two projects to ease the cross-cloud pain.

The CNCF CI Working Group has released CI Dashboard v1.3.0, which provides a daily update on its work to integrate, test and deploy projects within the CNCF ecosystem across multiple cloud providers.

Three components — build, cross-cloud, cross-project — make up the cross-cloud testing system. They that continually validate the interoperability of each CNCF project for any commit on stable and latest development version across all supported cloud providers.

The cross-cloud CI project consists of a cross-cloud testing system, status repository server and a dashboard. The dashboard displays the status on both the latest release and the latest development version. 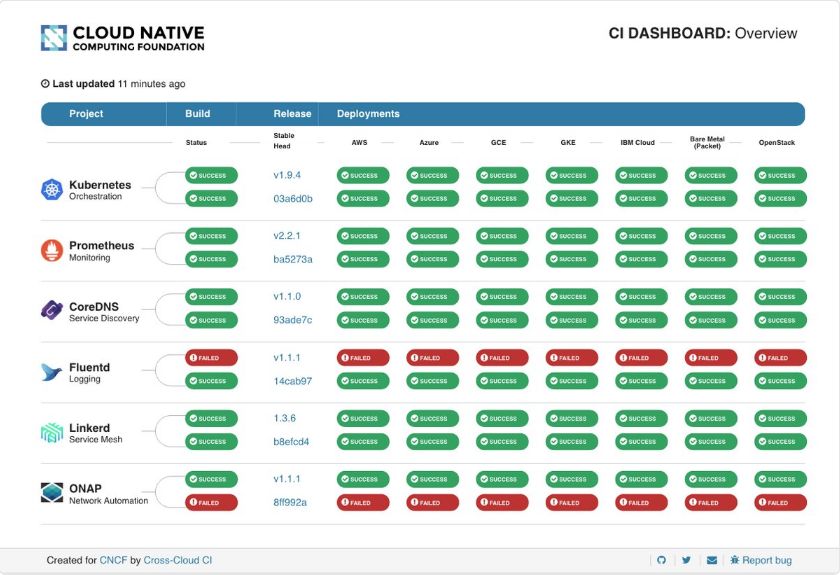 For the first time, the dashboard includes the Open Network Automation Platform (ONAP), an automation project that grew from telecoms including AT&T and China Mobile that runs on top of Kubernetes. It enables users to automate, design, orchestrate and manage services and virtual functions.

Arpit Joshipura, general manager of networking and orchestration at The Linux Foundation, ran a demo this week at the Open Networking Summit in Los Angeles.

“The demo is taking the ONAP and using Kubernetes along with multiple other CNCF projects and deploying both on multiple clouds — Google, Azure, IBM, even bare metal,” he explained. “It’s saying that if you’re in a telecom world that values network automation, you can now containerize your applications, make them portable across clouds, and you can have your development process — CI/CD — integrated and run by Kubernetes as the underlying layer of the load that allows for the power of containers as we move forward.”

ONAP automates connectivity for more than 60 percent of the subscriber base globally, Joshipura said, eliminating the manual work required for carriers to connect services to infrastructure, be it the data center or the cloud.

“What we’re showing, which is pretty amazing, is that when you run ONAP on top of Kubernetes, it acts as a universal translation layer. It lets you run it on any cloud. You can also run it on bare metal. In addition, you can do a hybrid cloud. We’re also showing it running on OpenShift,” he said.

While people understand, in principle that Kubernetes runs on any cloud and that ONAP can be run on Kubernetes, “to work with the different interfaces is really quite challenging and time-consuming,” Kohn said. “They all have different ways of setting things up. There’s stuff — firewalls and DNS and stuff — that needs to be custom configured. What’s neat about it is that there’s nothing manual. Every day, it takes the latest version of Kubernetes and deploys it onto all these clouds and deploys ONAP onto them as well.”

The demo in some ways underplays that this level of interoperability is now feasible, he said.

It’s a convergence of three distinct worlds here that historically have been separate, according to Joshipura: the public cloud; the telecom network or service-provider world and the enterprise data center (software-defined data centers).

“We’re saying for 2018 and beyond, there’s an intersection of these verticals and markets that we’re starting to integrate and use each other’s best of breeds, if you may, that gives portability and power to these services,” he said.

“It’s the start of what I call harmonization across technology landscapes and across markets.”

AT&T’s Manoop Talasila dives into the platform’s ability to integrate and manage different applications in a centralized portal core.

The service design and creation (SDC) and integrated development environment (IDE), is a subsystem of the design-time framework, accessible through the ONAP portal. SDC provides the tools for designing services as well as creating the necessary artifacts for service orchestration with a drag-and-drop interface.

Susan Hall is the Sponsor Editor for The New Stack. Her job is to help sponsors attain the widest readership possible for their contributed content. She has written for The New Stack since its early days, as well as sites...
Read more from Susan Hall
SHARE THIS STORY
RELATED STORIES
A Look at Slack's New GitOps-Based Build Platform Terraform vs. CloudFormation: Which Is Better for You? Record, Connect and Search DevOps Changes with Kosli Does the GitOps Emperor Have No Clothes? Why Developers Need a Management Plane
SHARE THIS STORY
RELATED STORIES
Why You Can’t Afford to Miss Data Decisions What Good Security Looks Like in a Cloudy World Terraform Cloud Now Offers Less Code — and No Code — Options A Look at Slack's New GitOps-Based Build Platform Unleashing Git for the Game Development Industry
THE NEW STACK UPDATE A newsletter digest of the week’s most important stories & analyses.
The New stack does not sell your information or share it with unaffiliated third parties. By continuing, you agree to our Terms of Use and Privacy Policy.