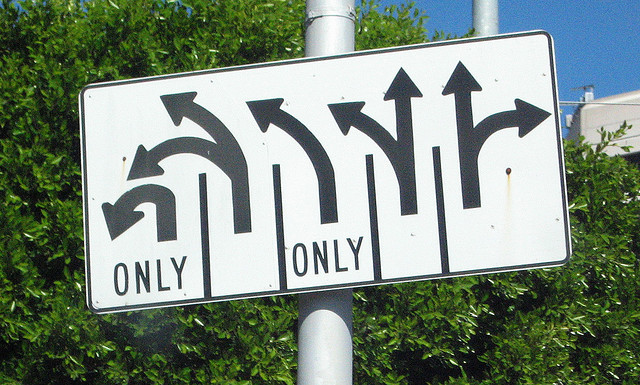 If you believe Bryan Cantrill, CTO at Joyent, we’ve yet to reach the peak confusion about containers.

“Everyone I talked to said, ‘We’re not even close.’ Confusion is accelerating and is actually pretty overwhelming for a lot of folks,” he said about attending KubeCon last month.

“I think it’s being exacerbated a little bit by people feeling like it’s a land grab. Vendors are announcing things that are still being made … It’s like the repo is 25 minutes old and hasn’t had any commits. Things are very aspirational. There’s just so much stuff out there,” he said.

“I think confusion is becoming a drag on containers. It’s all so fractured right now, there’s so many different approaches – and it’s all open source …Vendors are providing a lot of technologies, but not connecting all that in a meaningful way,” he said.

The mission of the Cloud Native Computing Foundation (CNCF), a Linux Foundation Collaborative Project, is to lessen this confusion while advancing the development of cloud-native applications and services. The project on Thursday announced its members, governance structure and the beginning of technical contributions.

Jason Mendenhall, executive vice president of cloud at Switch and a CNCF member, says he doesn’t believe enterprises are gaining clarity about containers from big-name vendors and they are trying to work it out for themselves.

“At CNCF, the goal here is to start to say, ‘Hey, let’s get a platform and let’s make a place where we can bring these architectures together so that the industry has someone to look to that is vendor-agnostic, that is not a technology vendor saying, “This is how you do it.’”

“It’s someone from the outside saying, ‘These are the various technologies that actually work well together in making this container environment work in an effective way.’” Mendenhall said. “The technology is interesting, but I have to have something that works all the way from [the start] to being in production, and that’s where people are getting confused with all the tools.”

The open source technologies, reference architectures and shared standards for cloud-native applications or services will provide the necessary infrastructure for Internet companies and enterprises to scale their businesses, according to the project announcement.

The CNCF aims to pave the way for faster code reuse, improving machine efficiency, reducing costs and increasing in the overall agility and maintainability of applications.

The organization will include a technical oversight committee (TOC) that will direct technical decisions, oversee working group projects and manage contributions to the code base. It’s taking nominations for that committee. There also will be a board of directors and end-user advisory board.

It’s taking technical contributions that are expected to include Kubernetes, CoreOS’s etcd and more. Supernap is preparing a compute farm for running multiple scalability and performance tests and deploying various software stacks at scale.

CNCF is looking at the orchestration level, followed by the integration of hosts and services by defining APIs and standards through a code-first approach, according to the announcement.

“If anything is both a potential benefit and a risk to this new model of doing things, it’s that there’s a plethora of options. There are new options every week: new containers, new orchestrators. There are some established players, but there’s lots of innovation, which is very good, but it leaves adopters making the bet on the things that are going to continue in the industry,” Liljenstolpe said.

“I’ve been through this several times in the industry. What’s different about this is the industry has grown up to understand that this is all about data models and APIs rather than entire vertically integrated stacks.

“As long as everyone has sort of the same idea of what that data model is, I can sort of mix and match. As an end user, I can say, ‘I like this scheduler, but I like this storage platform, this networking framework.’ If we can agree what those interfaces and those data models are – and they’re at a high-enough level and abstract enough that they’re not mired down in minutia,” Liljenstolpe said.

He’s hoping CNCF can work out the networking data models and APIs that are flexible enough to allow innovation but standardized enough that you don’t have to rewrite everything just to plug into whatever new entrant comes into the field. The broader view of CNCF is that it will be doing that for a lot of integration points, be it schedulers, storage, etc.

He sees the member companies as a pretty level playing field because the technology is so new.

“I’m reasonably optimistic we’re going to get some stuff done here,” he said.

“The thing that wins [in this industry] is getting code out there and getting people running it and testing it and finding that it works. So it’s rough consensus and working code that’s hopefully going to drive this  … This group is in a rapid iteration phase. We’re going to figure out what works, and it’s going to come down to data models and how you express those models, and it’s going to come down to actual working proof points,”  Liljenstolpe said.