In addition to talks and discussions about how to improve CI/CD, the use of Jenkins to meet DevOps goals was also one of the major conference themes of CloudBees' DEvOps World 2020.
Sep 25th, 2020 12:20pm by B. Cameron Gain 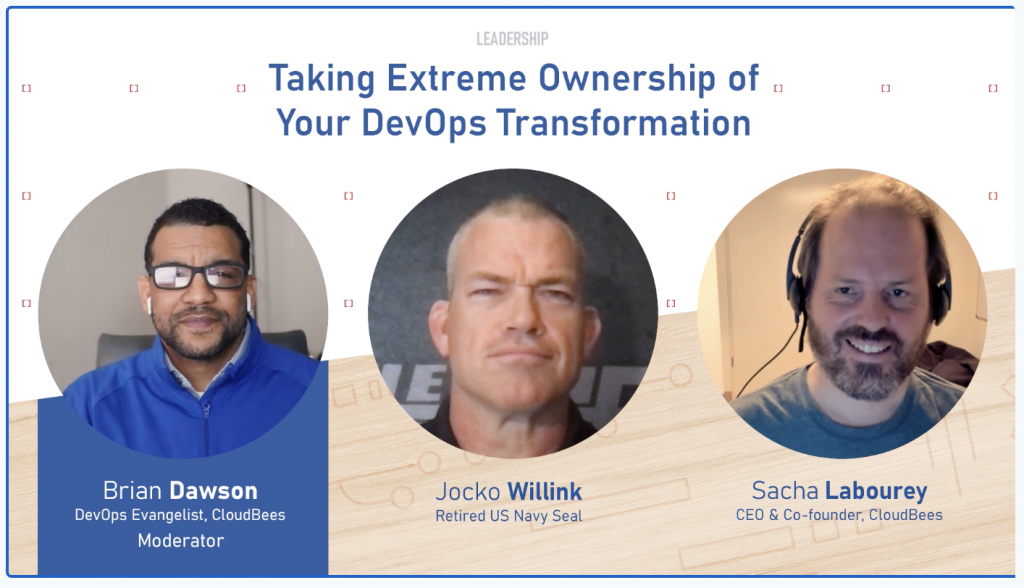 Agility, resiliency and automation are certainly critical components for successful DevOps, but they also are but means to an end. Ultimately, the goal is to improve continuous integration and deployment (CI/CD) and, consequently, business value.

“Delivering high-quality software really is a prerequisite for businesses today,” Mitchell Ashley, CEO and founder of the analyst firm Accelerated Strategies Group, said during a keynote at DevOps World 2020 this week. “Almost virtually every business has some impact in use of software, especially those that are creating for their own strategies that benefit.”

You don’t have to invent the wheel for CI/CD automation and orchestration. “Jenkins is the wheel,” said CloudBees’ Shawn Ahmed during his keynote. @DevOpsWorld @CloudBees @thenewstack @Shawn_Ahmed pic.twitter.com/O0TrrkC0Od

In addition to talks and discussions about how to improve CI/CD, the use of Jenkins to meet DevOps goals was also one of the major conference themes. All told, Jenkins also continues to emerge as the leading CI/CD tool, which, according to a Cloud Native Computing Foundation survey, had a 58% market share in 2019. During a conference keynote, CloudBees’ Shawn Ahmed, senior vice president and general manager for its Software Delivery Automation Group (SDA), said Jenkins market share is now 71%. Jenkins for CI/CD means “you don’t have to reinvent the wheel — Jenkins is the wheel,” he said. “You can automate and orchestrate everything across the software delivery lifecycle,” he said.

The month of August also marked the first time the number of Jenkins pipelines, or jobs that allow the users to define the who development lifecycle, was greater than the number of “freestyle jobs,” or one-off workflows being run on Jenkins. About  17.3 million pipelines in existence compared to 17.1 freestyle jobs (while the actual number of the jobs running total are an estimated 10 to 100 times more times than the number of jobs), according to Jenkins usage statistics.

CloudBees also introduced new tools for CI/CD and Jenkins during the week of the conference. The product announcements included CloudBees’ expansion of its CI/CD platform to include new security features, such as “audit-ready” pipeline capabilities. CloudBees’ software delivery management modules for its software delivery management platform became generally available this week, with the addition of CRM-like features for CI/CD tools.

However, as DevOps team members know very well, tools and processes are just one of the starting points for successful CI/CD. Every organization’s legacy technologies, culture and demands are inherently different, for example. Case studies gleaned by studying lessons learned at Netflix does not hurt, but they will very likely not serve as cookie-cutter solutions your organization will need or want, either.

One size doesn’t fit all: “Understand what goes into some of these success…outputs to understand what…you actually must change to make sure your company and culture improve,” Google’s Kelsey Hightower says. @CloudBee @kelseyhightower @DevOpsWorld
https://t.co/ZONubPQ6V6 pic.twitter.com/8F568hqFEH

During his talk, Kelsey Hightower, principal developer advocate at Google Cloud, who is likely one of the most recognized voices in the Kubernetes space, noted, for example, that many organizations do not “really understand their own process, or culture.” “Really mastering your own culture and your own process is the key to success versus trying to copy what someone else may be doing,” Hightower said.

In other words, a “one size fits all approach will not work, CloudBees’ Ahmed said. “When you start to build your automation backbone, you’ll want that backbone to be built on the type of technology that gives you the flexibility to accommodate your toolchain for any environment, any cloud and any type of application,” Ahmed said. “You need it to be one that you can grow with as the enterprise scales up.”

Accelerated Strategies Group Practitioners’ Mitch Ashley said 84% of respondents in a CloudBees-commissioned report said “accessibility of information” got in the way of their ability to do their job and to make data-driven decisions. @mitchellashley @CloudBees @DevOpsWorld pic.twitter.com/yxIChR0f06

Despite what are challenging times for many organizations today, several bright points are increasingly emerging in DevOps’ practices and processes. Accelerated Strategies’ Ashley disclosed during his keynote results of a CloudBees-commissioned study that showed how 67% of the survey respondents (who either had technical or business roles in their organization) said they were able to prioritize development of features based on expected business impact, for example.

“That’s hugely important and significant because where we make that investment — if we know this upfront — means we’re gaining or have good alignment with the business at the beginning of the process,” Ashley said.

Most of the respondents surveyed (63%) said they promote and articulate the value of new features for the business. “So it’s more than just telling the business, ‘we’ve released software’” and checking a box, Ashley said. “The technical teams are planning to promote not only what they created but also why it’s important to the business.”

However, work remains to be done. Access to information about pipeline projects and metrics such as business-related data are often lacking. For the ability to accurately quantify the cost of feature delivery delays, 65% of respondents said they’re unable to accurately quantify the cost of feature-delivery delays, for example. A lack of understanding about the cost to the business, among both the development and business teams in the event of a software feature rollout delay indicates “that we have a gap of truly understanding the value to the business… and also understanding what the lost opportunity cost is in that delay,” Ashley said. The effects of production delays could mean a “smaller capture of a portion of the market or that we’re beat up by the competition,” Ashley said.

Decisions about processes and tool selection for CI/CD on Jenkins, and how successful DevOps teams are ultimately dependent on instilling and propagating the right culture. During a more lively DevOps World talk, former United States Navy Seal officer and best-selling author and management consultant “Jocko” Willink discussed with CloudBees’ Sacha Labourey, CEO and co-founder and Brian Dawson, director of product marketing and DevOps evangelist, on how success for CI/CD hinges on taking “extreme ownership.” In describing what “extreme ownership” involves, Willink described principles he has learned and practiced in the field of battle that he says can be applied to CI/CD and DevOps.

“The parallels between what happens on the battlefield with your teams, and the situations that you’re seeing people face in corporations…I mean the parallels are really big — they’re just boundless,” Willink said. In the book “Extreme Ownership: How U.S. Navy SEALs Lead and Win,” Willink co-authored, for example, he applies battlefield-scenario analyses to show how “different teams have to work together in order to be successful,” he said.

“We explained what the actual principle is, which is ‘cover and move,’ and that we have to look out for each other, and then we showed it in a civilian industry environment. And you can see that all of them lineup so in any of these situations, they absolutely transfer,” Willink said. “‘Cover and move’ is what we call the first law of combat, but it is really the first law of any organization that’s trying to do the most important thing that an organization needs to do, which is to work together.”

This year’s free-to-attend DevOpsWorld is one not to miss. Register today to watch more than 100 technical and business sessions, led by industry thought leaders. Take part in over 40 training and workshop opportunities and keynotes.