For its annual DevOps World | Jenkins World, CloudBees announces that it has expanded into the field software Delivery Management.
Aug 15th, 2019 10:52am by Susan Hall 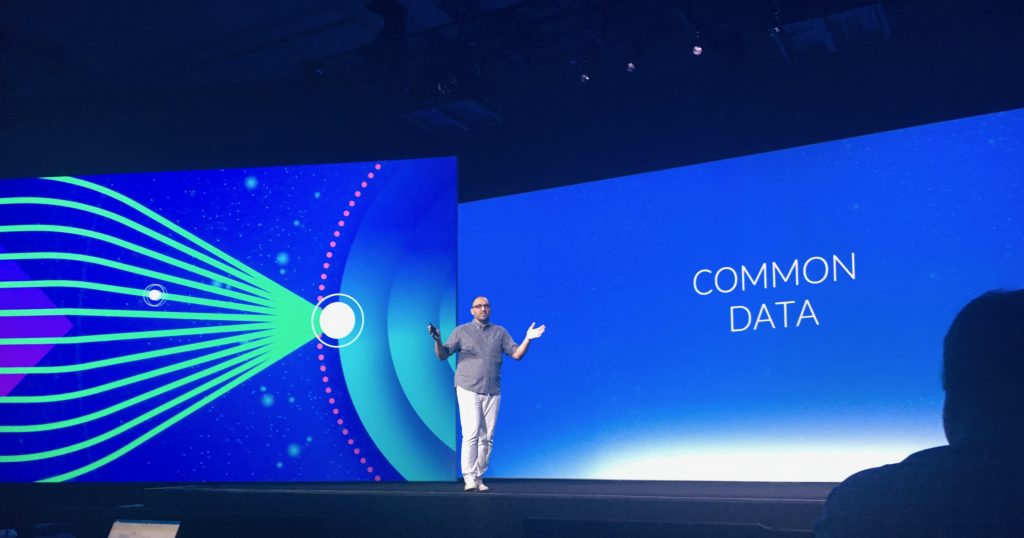 CloudBees sponsored this post, which was written independently by The New Stack.

Creator of the Jenkins CI server Kohsuke Kawaguchi marked the technology’s 15th anniversary in a DevOps World keynote, noting its impact on myriad industries around the world. 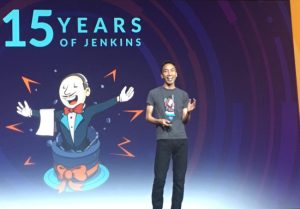 CloudBees CEO and co-founder Sacha Labourey reiterated its impact — technology used by 15 million developers. He pointed to the company’s recent acquisition of Rollout, which offers feature flags as a service, as well as that of Electric Cloud, a leader in release automation, as hints toward its future.

With its software at the center of the software delivery lifecycle, he said, from here, “We’re going from the center to up,” he said in the Wednesday keynote.

There are all these signals flying over our heads that could be used to help organizations become more effective and faster in delivering software, he said.

Software Delivery Management (SDM) creates a data layer aggregating data from all the tools an organization uses in its software delivery pipeline. Rajeev Mahajan, CIO of DevOps engineering at HSBC, said that could be as many as 60 tools in his organization.

SDM is a new category solving the same type of problem CRM has been addressing for sales and marketing or ERP for finance, Labourey said in an interview.

CloudBees Vice President of Product Marketing Shawn Ahmed, who led a demo at the conference Wednesday, recounted his experience in leading a company of 100 developers, who used multiple tools that differed from those the ops team used. It was then he came to the realization that silos of information were hindering speed and efficiency in the organization.

“With organizations doing DevOps, a lot of teams are doing a lot of different things — some do mobile, some do backend systems, or front end… They operate in different fashions, but they’re connected in some way — apps, backend services, web applications.”

As you grow as an organization and extend DevOps, you end up with a lot of silos. There’s no one place to find the data to define how those teams are performing,” Labourey said.

SDM creates a unified DevOps data model, aggregating all the data that relates to DevOps, teams and tools across the chain. From that data, it’s able to extract insight into how the teams are performing.

“In a complex environment, it’s hard to know that maybe some specific tasks are blocking others downstream…. It’s not just about providing this insight into DevOps, it’s also about defining processes across the organization and defining how you want your organization to behave when it comes to software delivery,” he said.

When a bank, for example, has thousands of developers streaming changes to production, how can they validate the core tenants of the process, security rules and understand and resolve bottlenecks without adding friction to the processes?

Its value delivery module tracks where contributions are in the process and blockers to be addressed. The product overview is a dashboard of data and development related to a product. 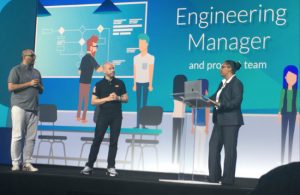 CloudBees’ planned feature rollout management, announced at this event, will enable the use of feature flags for rollouts based on defined policies. And efficiency dashboard will help users focus on process improvement.

“Developers need to build and run applications in a manner that best suits their business, regardless of whether the app will live on-prem or in the cloud. Increasingly, this means adopting a hybrid approach with Anthos, which allows developers to run critical applications in the cloud without entirely eliminating their on-premises infrastructure,” said Rayn Veerubhotla, Google Cloud’s director of hybrid cloud partnerships.