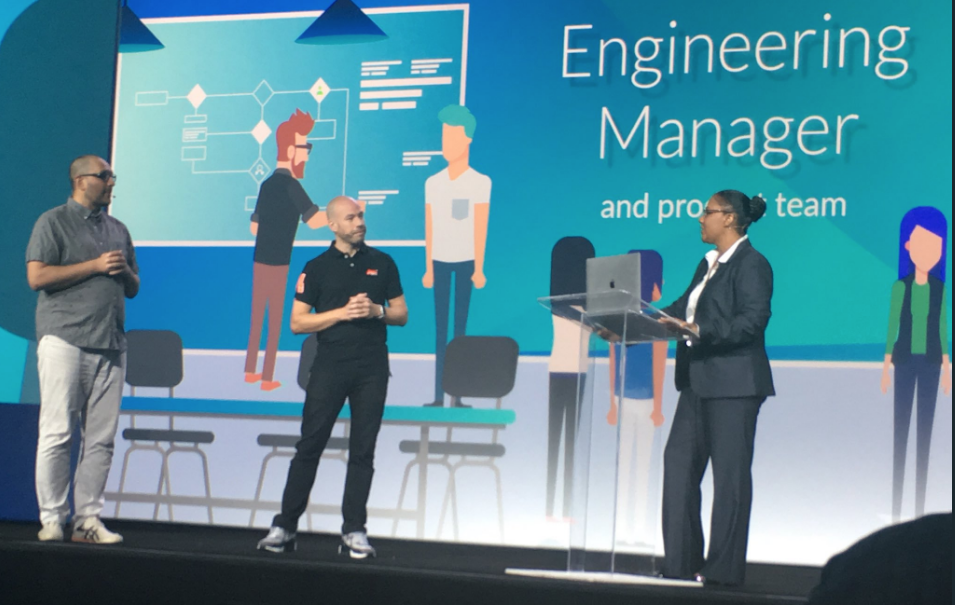 Continuous integration and continuous delivery (CI/CD) are growing much more sophisticated, according to Sacha Labourey, CloudBees CEO and co-founder.

Or as Cuong Tran, a building engineer with ServiceNow, put it, the CI/CD space has become crowded with tool options, many of them open source. That means that CloudBees, as it approaches its 10th anniversary, needs a differentiator, he said.

That differentiation could come from its acquisition of Electric Cloud and/or from its recently announced coming software delivery management offering.

While much evolution has taken place to use automation to speed application development, not so much has happened on the operations side.

In its 2018 report on continuous delivery and release automation (CDRA), Forrester ranked Electric Cloud among the market leaders and CloudBees lower, merely as a “contender.”

CloudBees acquired Electric Cloud in April and also bought Rollout, a Feature Flags as a Service vendor, in June.

CDRA tools model, deploy and visualize application pipelines, orchestrating existing tools and assets. They also automate the delivery and release pipeline between development and production, according to Forrester. The pure-play release automation tools have the best security, as they were designed from the start to interact with production infrastructure.

Calling the service one of the deepest offerings in the market, Forrester claimed Electric Cloud’s release readiness capability brings together a wide variety of data from sources such as application performance management, cognitive operations and service management tools. It added that it was ahead of other CDRA products evaluated in applying advanced analytics to continuous delivery.

Forrester placed CloudBees among the CI vendors expanding into the broader CDRA market that bring strong capabilities to tasks, such as running automated tests and packaging tested software into deployable units. These vendors typically support fewer target platforms and rely more on scripting versus the modeling approaches that more mature CDRA tools offer.

“CloudBees understands that configuration management, continuous integration and release automation are converging and is adapting its strategy accordingly,” Forrester said.

Labourey called Electric Cloud an important asset for the company.

“We’re seeing a lot of automation of even complicated problems, and that’s where companies need things like Flow,” he said.

In a DevOps World keynote, Kohsuke Kawaguchi, creator of Jenkins, marked the 15th anniversary of the technology, an open source automation server written in Java.

CloudBees was built on a commercial distribution of Jenkins, initially considered a continuous integration tool, though some companies also use it for continuous delivery.

CloudBees is powering the continuous economy by offering an end-to-end continuous software delivery management (SDM) system. CloudBees is the CI, CD and application release orchestration (ARO) powerhouse, built on the commercial success of its products and open source leadership.

However, the shift to cloud native and Kubernetes poses even more Jenkins management-specific challenges, as we’ve reported previously. That’s given rise to Jenkins X, a slimmed-down version designed to make it easier to develop and deploy cloud native applications to Kubernetes without having to learn the intricacies of the orchestrator.

Jenkins X is one of four projects of the Continuous Delivery Foundation (CDF), which also includes  Jenkins, Spinnaker and Tekton.

CloudBees announced commercial support for Jenkins in December. Jenkins X sits on top of other execution engines as well as Jenkins, and can extend to the Tekton Kubernetes pipeline tool. The difference between Jenkins and Jenkins X has been the source of some confusion, however.

The company expects to release a SaaS version of Jenkins X by the end of the year.

CloudBees is attempting to create Software Delivery Management (SDM) as a new category “and would probably like their offering to be viewed as unique to the marketplace,” according to Redmonk analyst Rachel Stephens.

“On the other hand, we do see a generalized trend around the convergence of the previously distinctive CI/CD categories,” she said. “As more and more tools begin to blur the lines in the software delivery space, it’s reasonable to expect vendors to start collapsing — or expanding — their definitions of the markets they serve.”

In a Jenkins World keynote (the demo starts around minute 58 in the video above), Shawn Ahmed, CloudBees vice president of product marketing, talked about how, when leading a software development company, it needed a single place for developers as well as operations folks to see all the data coming in from the various tools they were using.

“When I was an engineering manager, I had to constantly context switch, come in before everybody else, dig into different DevOps toolchains — JIRA, GitHub, Confluence, Jenkins — to try to get a bird’s-eye view of where my features and products were in the value-delivery chain. … and there were still bottlenecks and inefficiencies going unnoticed,” he said.

Rajeev Mahajan, chief information officer of DevOps engineering at HSBC, said at the conference that his organization uses as many as 60 different tools among its various teams.

In addition, each developer receives a personalized brief in their chat tool organizing the various things he or she needs to pay immediate attention to. You can drill down not only into the tasks assigned to you, but also those of other team members. You can see where you are blocking other people’s work and where they are blocking yours. You can see the amount of time that a particular piece of work has been in idle state in an effort to speed it along.

The technology is expected to reach GA by the end of the year.

Coming out of the demo, people were saying it’s a great idea, but speculating that configuring all the different data sources into a single view would take a boatload of work — a task likely to fall to someone with a full plate already.

It actually won’t take that much work, according to Ben Williams, CloudBees vice president of product management.

Administrators of those tools/repositories/projects will need to authorize the relevant integration apps. Then admins of Jenkins and CloudBees Core install a plugin that provides the connection. These are one-time tasks, he said.

“The app framework that we are building will allow users and partners to build additional integrations that can extend the data model, contribute policies and rules, and add additional functionality,” he said.

The company is working with a broad network of partners to create an ecosystem that will provide a library of similarly easy-to-install and configure integrations.

CloudBees is not the only company working on this, notes Jim Mercer, DevOps research director for analyst firm IDC.

Williams, however, maintains those companies only offer only pieces of what CloudBees has in the works.

“The SDM environment that CloudBees is announcing is a compelling story and something that organizations need,” IDC’s Mercer said.

One of its most attractive benefits is being entirely tool neutral, meaning it will take data from a wide variety of DevOps tools — and potentially non-DevOps business systems — and normalize it for reporting and dashboards, he said.

“It appears a fair amount of the technology that they need to make this happen is coming from their recent acquisition of Electric Cloud. However, it is still early days and it feels like CloudBees is still trying to figure out how they are going to glue everything together,” he said.

A lot of CI/CD players want to provide an end-to-end story — security scanning, repository, CI and everything else. That’s a good option for a lot of companies, especially small ones,  Labourey said.

“But I think a large part of the market wants to be able to cherry-pick from different tools,” he said. “We need to have a way to orchestrate in a neutral way. … If you’re looking for something that’s just easy to set up, that’s great. If you’re looking for something more customizable, more adaptable to your choices and future situations that might happen, I think our solution is more appropriate.  When you have more than one specific stack or more than one cloud, we’re going to be the best solution for that.”

Although Jenkins is the clear leader in terms of adoption in the CI/CD space, CI/CD tools have been largely commoditized by the cloud vendors [and others], according to Mercer.

“With so much of CloudBees’ revenue being focused on the Jenkins CI/CD solution set, they have to deliver on something other than CI/CD for their long-term future,” he said.

SDM can help to broaden the company’s messaging and enable higher-level sales discussions with CIOs and eventually with other business leaders who are part of the larger value-chain, he said.

CloudBees sponsored this story, which was written independently by The New Stack.