Also in this week's edition: Bun gets hot in the Oven, but gets burned by an outdated recipe for success. And the new Kubernetes arrives, with lots of cgroup v2 goodies.
Aug 26th, 2022 1:48pm by Joab Jackson

At what point should a cloud services provider assume responsibility for the actions of its users? In the U.S., internet service providers are protected under Section 230 of the Communications Decency Act (CDA) from liability that may occur from their users’ online statements. But even if a company’s hands-off policy is protected legally, hosting controversial material may end up impacting its reputation, not to mention its revenue stream.

Popular caching provider Cloudflare is coming under increasing criticism for supporting Kiwi Farms, a malicious American far-right internet forum dedicated to mocking and harassing online figures, notably those in the trans and the LGBTQ community. One of those harassed has been Liz-Fong Jones, a respected engineer in the cloud native computing community, who has shared her frustrations with Cloudflare in a series of live Twitch videos. Cloudflare offers both caching and denial-of-service prevention services to Kiwi. (Disclosure: Cloudflare has also hosted sites that illegally repost copyrighted material from TNS.)

In these videos, she accuses Cloudflare of disrupting her own life, and those of many others, by willfully ignoring complaints submitted to Cloudflare about the many forms of harassment coming from Kiwi Farms, which she described as “a watering hole for sadistic individuals who wants to get reactions out of marginalized people.” The attacks are not merely verbal, as vicious as they are, but also often use personal identifying data to harass individuals with unwanted food delivery orders and even police calls to the victim’s house. This has sparked, in some cases, traumatic responses.

There is no business case to continue to provide services to KiwiFarms. It is an explicitly political decision, and one that should be seen as a moral stain on the industry.https://t.co/dARZKlQe0e

Cloudflare has not responded to our inquiry as of the deadline time of this post. But the company executives have responded in the past that they see Cloudflare as a champion of internet equality — that everyone should be allowed a forum online, where issues can be debated.

“I’m almost a free-speech absolutist,” Cloudflare CEO Matthew Prince had told Ars Technica, explaining his Libertarian-based reluctance to drop its support for its most infamous customer, the neo-Nazi site the Daily Stormer (which the company eventually did amidst public outcry).

But Fong-Jones argues that in cases like Kiwi Farms, such equality is anything but equal, as people must defend themselves from large-scale attacks, ones they had no interest in participating in.

“If you’re working at Cloudflare, this is what the outcome of your technical work is: You are holding up a system that is designed to, by policy, harm marginalized groups.” — @lizthegrey on @Cloudflare‘s support of KiwiFarms. https://t.co/byqydu9WVA #DropKiwifarms

It appears Fong-Jones will continue her campaign as long as Cloudflare supports the online forum. She plans to release another livestream/video, on Friday, 6 p.m. PT, that will offer plans on how other customers to move off Cloudflare service. The idea is to “hit Cloudflare in the pocketbook, where it hurts,” Fong-Jones said.

And if this issue continues to gain attention in the public eye, it won’t be Cloudflare’s problem alone but Cloudflare’s other customers as well, who may have to explain why they continue to use the service.

when you have a “garbage in” problem, the correct solution is not to make the garbage inalterable via an append-only database 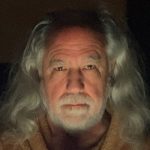 CDC says you can use log4j again.

Joab Jackson is Editor-in-Chief for The New Stack, assuring that the TNS website gets a fresh batch of cloud native news, tutorials and perspectives each day. He has logged over 25 years in infrastructure IT journalism, including stints at IDG,...
Read more from Joab Jackson
SHARE THIS STORY
RELATED STORIES
2022 in Review: AI, IT Armies, and Poems about Food It Happened to Me: How I Suddenly Owed AWS $13,000... Wellspring of Creativity: Why Public Domain Matters CES 2023: Robots, Astronauts, Schwarzenegger and Flying Cars A Brief DevOps History: The Road to CI/CD
The Cloud Native Computing Foundation is a sponsor of The New Stack.
TNS owner Insight Partners is an investor in: Deno.
SHARE THIS STORY
RELATED STORIES
Java's James Gosling on Fame, Freedom, Failure Modes and Fun Wellspring of Creativity: Why Public Domain Matters Golden Paths Start with a Shift Left How Jit Builds a Platform Engineering Mindset in the Cloud Entrepreneurship for Engineers: Building for Customers’ Love
THE NEW STACK UPDATE A newsletter digest of the week’s most important stories & analyses.
The New stack does not sell your information or share it with unaffiliated third parties. By continuing, you agree to our Terms of Use and Privacy Policy.